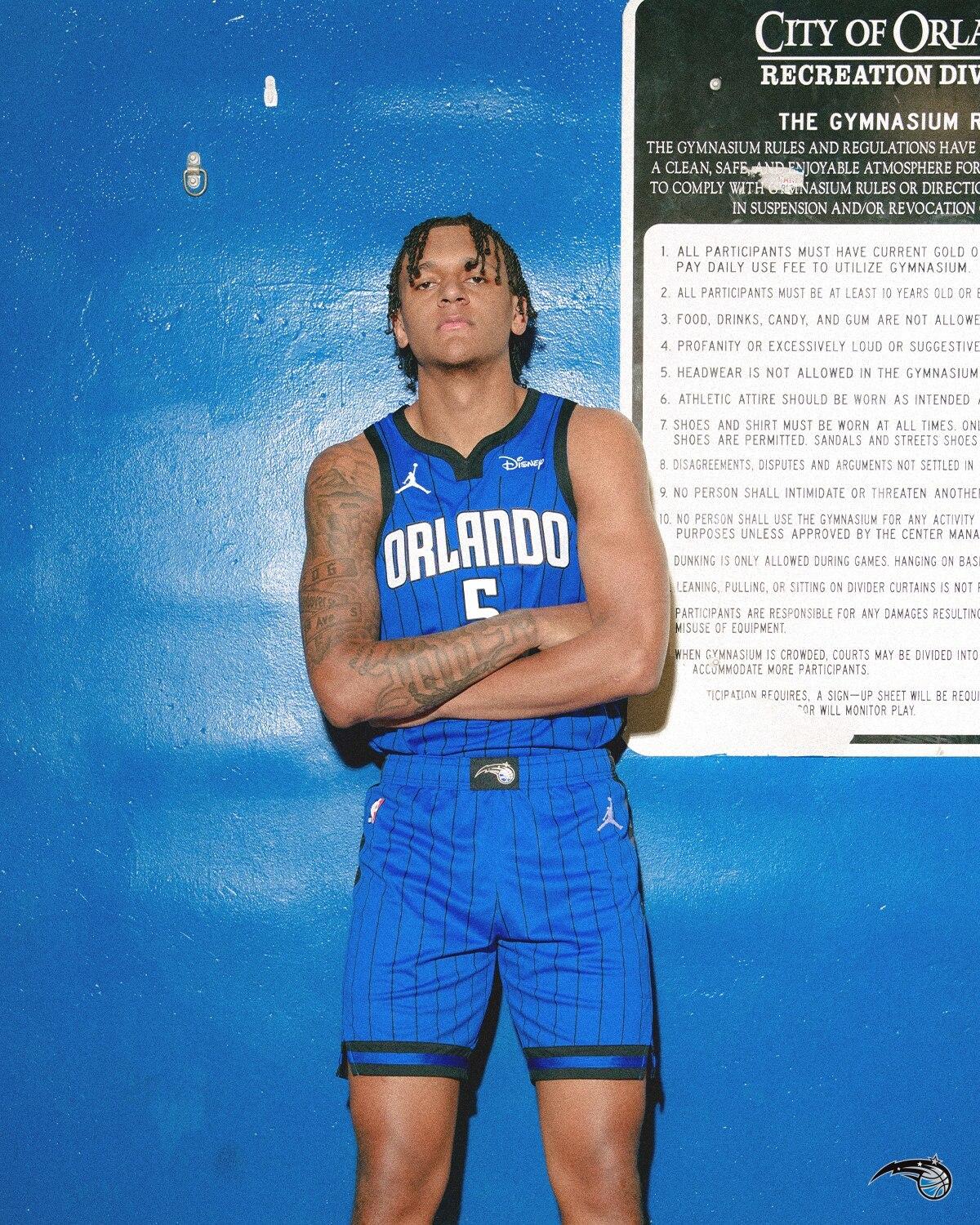 The Orlando Magic unveiled their newest Statement Edition uniforms, which feature a pair of Magic classics: stars and pinstripes.

The uniform, which was unveiled on Thursday, features black pinstripes on top of the team’s primary blue color — a tribute to “fan-favorite moments created by Magic legends,” according to the team.

The black star pattern along the sides pays homage to the Magic’s uniforms from 1998-2003.

The uniform will debut in the Magic’s home opener vs. the Boston Celtics on Oct. 22.

Orlando will wear its Statement uniform at 10 home games this season.

This is the third out of four uniforms in the Magic’s collection for the 2022-23 season: Icon (black), Association (white), Statement (blue) and a soon-to-be-unveiled City Edition.

The Statement jerseys can be pre-ordered now through the Magic’s App.

The Magic and Florida Blue plan to distribute 1,600 meals to families as part of their Block Out Hunger program on Saturday at Iglesia Generación de Fé (12250 S. John Young Parkway).

The event is free and open to the public. Meals are available on a first-come, first-served basis. Families can also register for meals at Block Out Hunger.

The Magic and Florida Blue announced the Block Out Hunger program during the 2020-21 season. For every block the Magic had throughout 2021-22, Florida Blue donated 10 meals to Second Harvest Food Bank of Central Florida, a total of 3,670 meals.

Meals will be provided through a donation to Second Harvest Food Bank as well as on-site at the event.