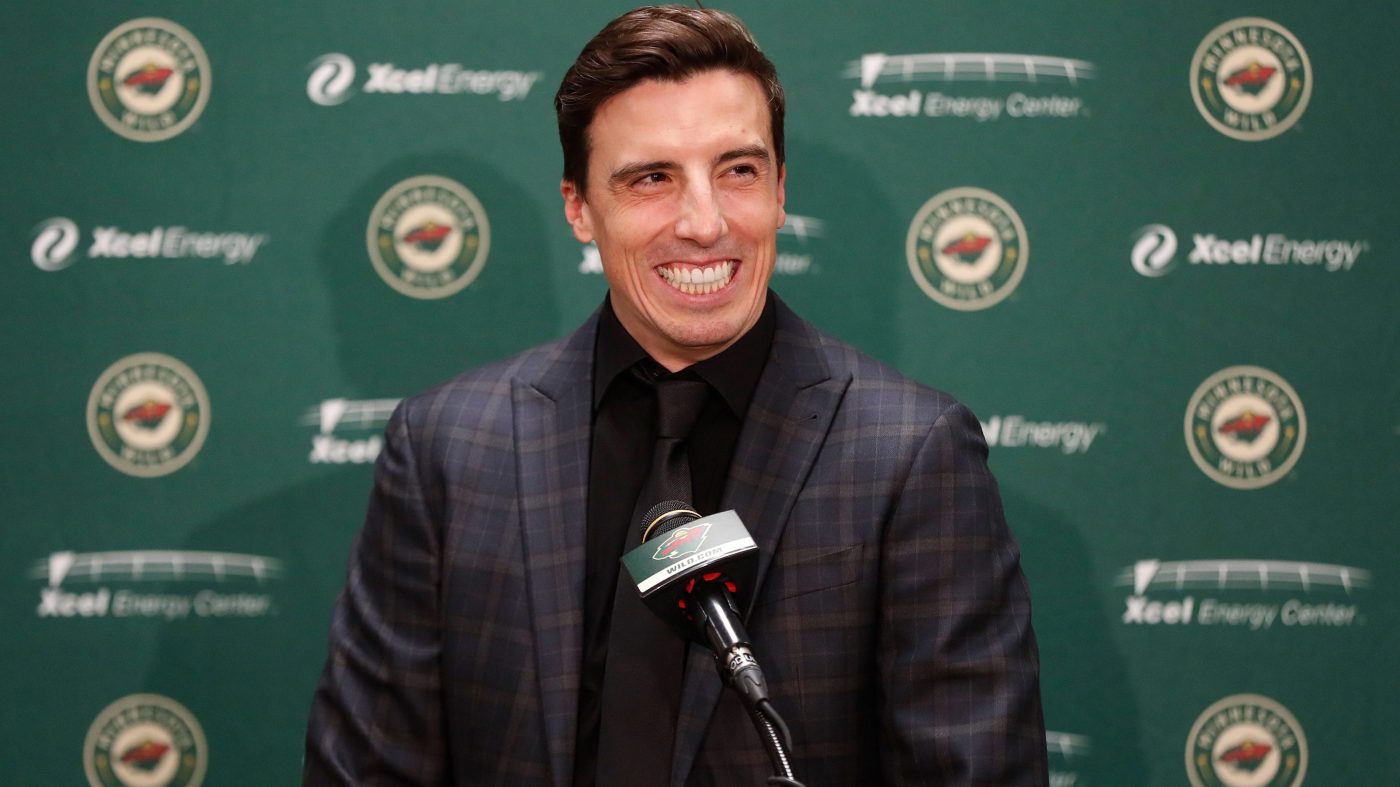 Wild goaltender Marc-Andre Fleury had just spotted former teammate Sidney Crosby’s stall from across the locker room shortly after arriving at the 2022 NHL Media Tour last month in Henderson, Nev. He knew he didn’t have much time.

Instantly, the soon-to-be-38-year-old Fleury sprung into action, collecting Crosby’s gear into a pile on the ground. He found a few rolls of hockey tape nearby and got to work, hurriedly twirling the adhesive around shoulder pads, shin guards and hockey skates.

“He filled my gear with gum last year,” Fleury said as he rushed to finish taping everything together. “I don’t forget.”

As soon as Fleury was satisfied with his efforts, he hung Crosby’s taped-up gear back in his stall, then draped the No. 87 Pittsburgh Penguins jersey in front to cover up the crime.

It took Crosby all of 10 seconds to realize what had happened when he walked into the locker room.

“Oh, Flower got me,” Crosby said. “That’s why I should’ve beaten him here.”

After freeing his gear from the mess, Crosby started to get dressed as Fleury walked by and shouted, “What’s going on, dude?” As Crosby casually reached to grab his helmet, a cup of water came spilling down in front of him. A final gift from Fleury.

Anyone who has ever been teammates with Fleury knows the answer to that question. As much as he has been a revered teammate at every stop of his career, Fleury also has garnered the reputation as the ultimate prankster. Though he was only a member of the Wild for a few months last season after being acquired at the trade deadline, his teammates quickly learned the importance of watching their backs.

“Oh yeah,” said defenseman Alex Goligoski, the victim of Fleury’s first prank as a member of the Wild last season. “He came right in and got me with the old shaving cream in the towels. I always look out for the towels now. We’ve got to be on our toes around him.”

This is something Fleury has done since he got to the league in 2003. He learned the craft from veterans like Ryan Malone and Marc Bergevin during his early days with the Penguins and was an active participant in some pretty impressive prank wars.

“We had to have our head on a swivel,” Fleury remembered of his days in Pittsburgh. “It could be anyone doing it.”

There’s a particular prank that stands to above all others. It is considered by many to be Fleury’s magnum opus.

In the lead up to the 2011 Winter Classic in Pittsburgh, Fleury convinced some of his teammates to help him remove every piece of furniture from the hotel room of Mark Letestu and Ben Lovejoy. After clearing the room, Fleury and his teammates set up the beds, night stands, television and couch in the hallway right outside the elevator.

“That’s a fun one,” Fleury said with a laugh. “Even if it’s a lot of work, it’s worth it for the reaction.”

While that still gets a lot of attention, it’s not Fleury’s favorite prank. What is?

Listening to Fleury detail his favorite prank might explain why Wild defenseman Matt Dumba hasn’t tested him yet. He doesn’t want to get on Fleury’s bad side.

“I’d rather team up with him,” Dumba said. “I guess we’ll see what happens over the course of this season. I’m sure there will be some pranks. I’m always ready.”

If anyone on the Wild can rival Fleury for hijinks, it might be Dumba. He was part of a group that pranked rookie Brandon Duhaime last year, filling his car to the brim with packing peanuts.

Though it wasn’t Fleury who pulled the prank, Duhaime joked that he would be an easy fall guy.

“He’s got the reputation,” Duhaime said with a laugh. “He’s probably got some ideas that we don’t know about, and I’m sure he’ll strike soon. You don’t want to get in a prank war with that guy. You just let it be.”

As for Fleury, asked why he’s leaned into the pranks throughout his his NHL career, he noted how it’s always helped him break up the monotony of an 82-game season.

“It makes me laugh a little bit,” he said. “I’m not mean with it. Like, I don’t just go burn their car or something. It’s little stupid stuff to have some fun.”

When it was suggested to Fleury that perhaps his pranks might help bring the Wild together, he pushed back on that notion a bit. He didn’t want to take credit for the team chemistry that was already in place before he got here.

“Oh, I don’t know,” he said. “I think that’s a big thing to say about some stupid pranks. It’s not like it’s making us win the Stanley Cup or anything like that.”

That said, it’s clear how much Fleury’s infectious personality has already started to impact the Wild, and his reputation as a prankster is part of that.

As for Fleury, he appreciates his teammates for keeping him young now that he’s the old guy in the locker room.

“When I think about this game, I’ve always been around some 20-something-year-olds,” Fleury said with a smile. “It’s a big reason why I still love it. Just the camaraderie. I don’t feel my age.”