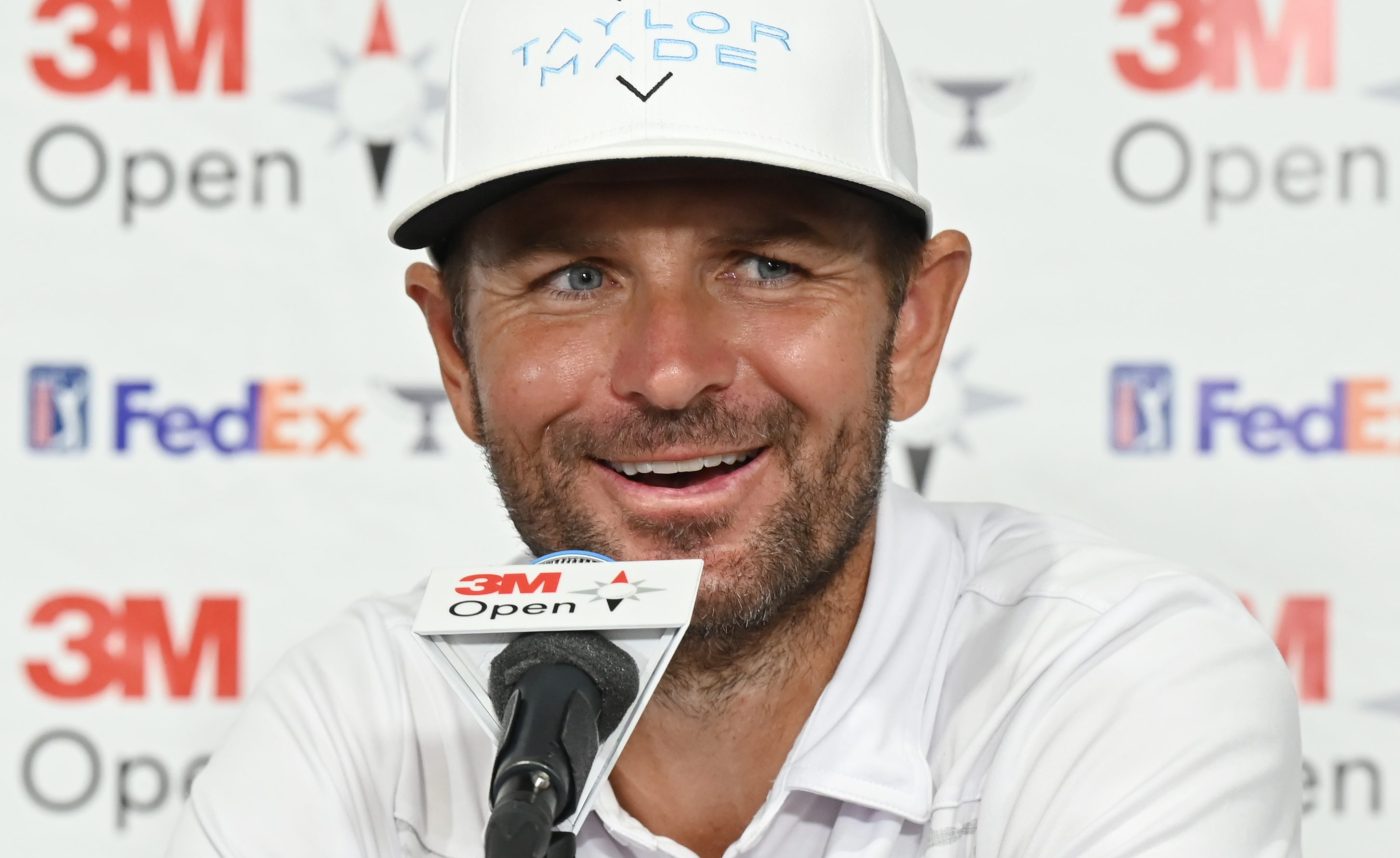 The way Mardy Fish looked at it, if the legendary Jack Nicklaus couldn’t get him into the 3M Open, then, well, it probably wasn’t going to happen.

The former professional tennis star hailing from Edina recalled the story from a few years ago when he got to play golf with The Golden Bear. He must have done enough to impress him at the time because not long after that Nicklaus reached out to 3M Open director Hollis Cavner.

“He called him and said, ‘What about this Mardy Fish guy for a sponsor’s exemption?’ ” recalled Fish, a single-digit handicap, and a force to be reckoned with in celebrity golf events. “That was the year that they had Collin Morikawa, Viktor Hovland and Matthew Wolff as the sponsor’s exemptions.”

In the end, Cavner went in another direction, and Fish figured that was probably it for him getting a chance to play in a PGA Tour event. As he put it, “If Mr. Nicklaus can’t get me in, I may as well not try.”

Luckily for Fish, he indeed is a very good golfer, and he keeps very good company. He continued to turn heads at celebrity events the past few years, and with the help of former Vikings tight end Kyle Rudolph, he secured a sponsor’s exemption for this year’s 3M Open at the TPC Twin Cities in Blaine.

“I couldn’t be more humbled and excited,” said Fish, who tees off in the opening round at 9:02 a.m. on Thursday.

It’s believed that Fish will be the first person to compete on the ATP Tour and PGA Tour.

He won six times on the ATP Tour, reached the quarterfinals at the Australian Open, Wimbledon and U.S. Open, and climbed as high as No. 7 in the world rankings during the peak of his prime. He retired in 2015 and currently serves as the Davis Cup captain.

Though the full details weren’t known at the time, Fish retired during a struggle with an anxiety disorder. He opened up about his mental health journey in a Netflix docuseries “Untold: Breaking Point” that was released last year.

The response has been overwhelmingly positive, according to Fish, evidenced in part by the amount of feedback he’s gotten on Twitter since opening up his direct messages.

As someone who is living with an anxiety disorder, Fish hopes he can serve as a success story of sorts to people who might be feeling something similar. He doesn’t want anyone to feel like they’re alone in their battle with mental health.

“It will always be a part of my life,” Fish said. “It’s a daily sort of battle and I win every day.”

His path after retiring is a perfect example. Not only has Fish gotten the help he needs, he’s flourishing in the next chapter of his life. His upcoming appearance on the PGA Tour — in his home state nonetheless — is simply another highlight.

“It’s special,” said Fish, who moved away from Minnesota when he was about 5 years old. “I root for the Vikings and the Twins and the Timberwolves. My dad went to the University of Minnesota. There were a lot of roots laid down here a long time ago. I’m just excited that it’s here where I’m from.”

Asked about his nerves, Fish tried his best to imagine what he’s going to be feeling when he steps onto the tee box first the first time Thursday. He was a self-described “basket case” on the tennis court in the hours leading up to a match. Not so much on the golf course.

“You’re just hitting a little white ball around,” Fish said with a laugh. “I don’t have to run after it or anything like that. It’s right there in front of me.”

As a naturally competitive person, Fish has high expectations for himself this week. But he’s trying to be realistic about what he can accomplish against some of the best golfers on the planet.

“I certainly don’t expect to compete to win the tournament,” he said. “I think making the cut is something that I’m eyeing big time. Looking at some of the scores of the past it seems fairly doable. I’m confident in my game. I’ve worked really hard the past couple months to kind of get myself into this type of golf shape.”

As for his relationship with Nicklaus, it seems to be going pretty well. In a recent interview, Nicklaus dubbed Fish the best non-professional golfer he’s ever seen. He went on to implore Fish to give professional golf a try at some point.

“I did play really well when I was lucky enough to play with him,” Fish said before quickly putting to rest any thoughts of him pursuing professional golf. “I do understand and know what it takes to play at a high level in an individual sport and I simply don’t have the hours anymore.”

As far as Fish is concerned, his days of being a professional athlete are in the rearview mirror. He’s more than OK with that. After sacrificing so much time for the better part of 30 years, he’s happy being a husband to his wife Stacey and a father to their children.

“I dedicated my life to tennis,” Fish said. “I know what it takes to do that and I don’t want to do that anymore.”

Ten years ago, in another somewhat futile attempt to reduce the backlog of resources…