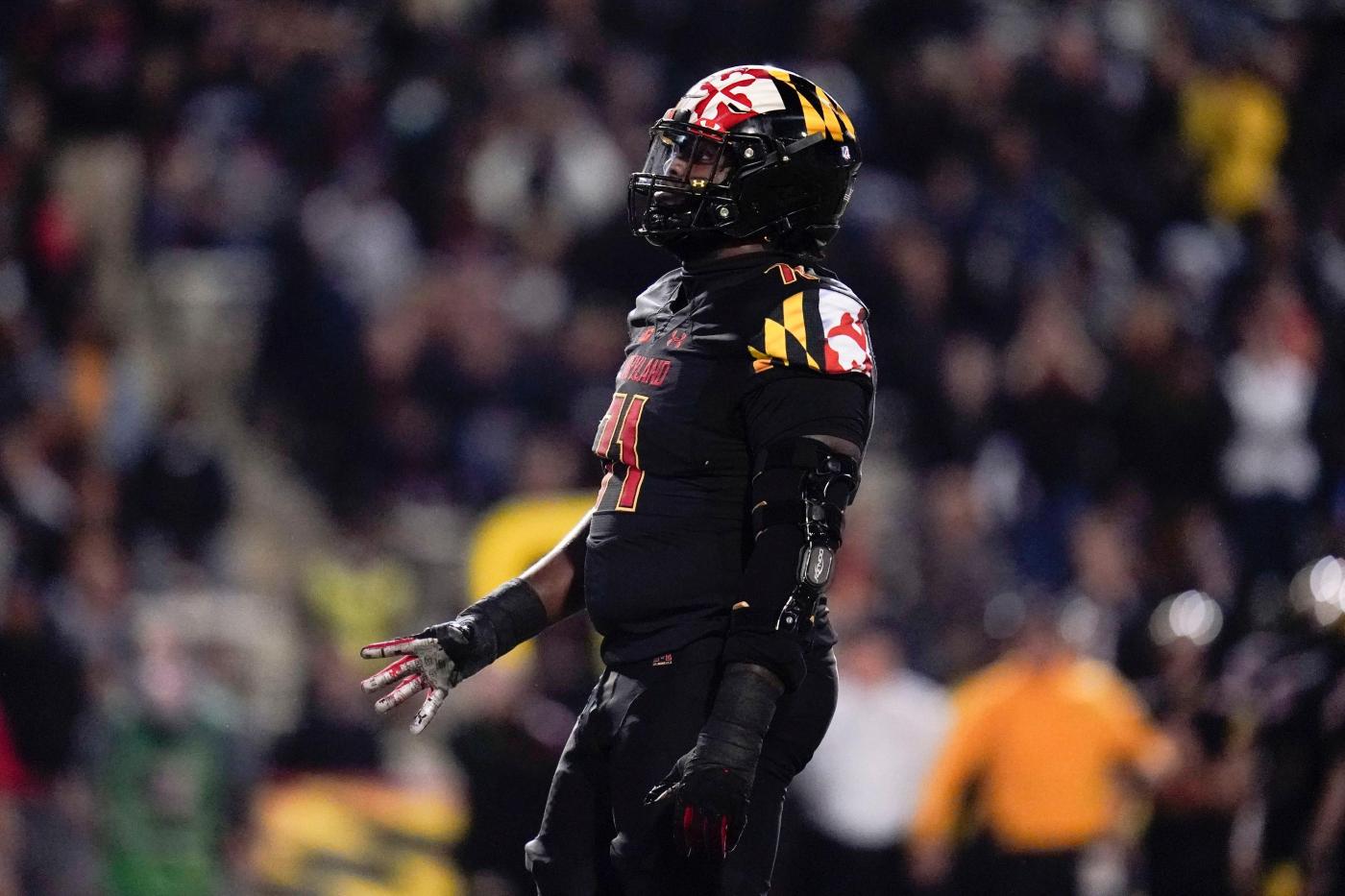 Although he’s soft-spoken, Maryland’s senior left tackle stands at an intimidating 6 feet 6 and weighs 320 pounds. Still, Duncan’s size is just one component. He also has a unique combination of speed and athleticism that has made him a suitable opponent for defenders flying off the edge.

Duncan, a Baltimore Sun first-team All-Metro selection as a senior at St. Frances in 2017, has developed into one of the best offensive linemen in the Big Ten Conference since arriving in College Park in 2018. Now in his senior season, the New Carrollton native is considered a potential first-round NFL draft pick and a vital piece to an offensive line that returned all five starters from last year’s bowl team.

“From the time I got here, Jaelyn has gotten incrementally better,” Locksley said of the two-time All-Big Ten honorable mention selection who in May was ranked the fifth-best offensive tackle in the 2023 NFL draft class by ESPN’s Mel Kiper Jr. “There’s no doubt that he is one of the top tackles in the country.”

Duncan didn’t get any playing time as a freshman but was thrown into the fire in 2019, starting in 11 of 12 games. He said he didn’t believe in himself, noting that his timing and technique needed work. It showed; Duncan allowed seven sacks and eight quarterback hits that season, according to Pro Football Focus.

“From not playing to starting in every game, there was a lot of pressure on me,” said Duncan, a former four-star recruit. “I didn’t have the season I was supposed to have. It was actually pretty bad.”

However, Duncan used his redshirt freshman season as a learning tool that allowed him to develop — slowly but surely — into one of Maryland’s most productive offensive players.

Duncan, who will make his 29th start Saturday afternoon against Charlotte, has allowed only five sacks in the past two seasons, according to Pro Football Focus. Last season, he allowed four sacks and two quarterback hits while he and the rest of the offensive line helped quarterback Taulia Tagovailoa put together a record-breaking season.

Duncan’s potential was on display during last year’s loss to Michigan when he held his own against Wolverines’ star edge rushers Aidan Hutchinson — who was drafted second overall by the Detroit Lions in the 2022 NFL draft — and David Ojabo, a second-round selection by the Ravens.

Duncan has impressed his teammates and coaches with his foot speed, body control, balance and ability to change direction. “As they say, ‘quick feet, don’t eat,’” Duncan said.

“I would venture to say there are very few tackles throughout the country that have the athleticism he has,” Locksley said.

Senior offensive lineman Spencer Anderson, who considers himself the leader of the unit, said Duncan is quiet but someone younger players go to for guidance.

“Everybody looks to him for certain techniques,” Anderson said.

“I’ve been here a year, but the growth of Jaelyn has been phenomenal,” Enos said. “He can be as good as he wants to be.”

In next year’s NFL draft, Duncan is likely to be Maryland’s first offensive lineman drafted since Bruce Campbell in 2010. In a recent ESPN mock draft, analyst Jason Reid has the Las Vegas Raiders drafting Duncan with the 16th overall pick, which would make him the first Terp to be drafted inside the top 20 since wide receiver Darrius Heyward-Bey, who was selected seventh overall in 2009.

Duncan is fully aware of the draft hype. But he’s taking things one step at a time.

“I don’t want to get caught up in it and get lazy, thinking I’m already there when I’m not yet,” he said. “I’m just looking forward to working and putting what I can to do on film this year.”