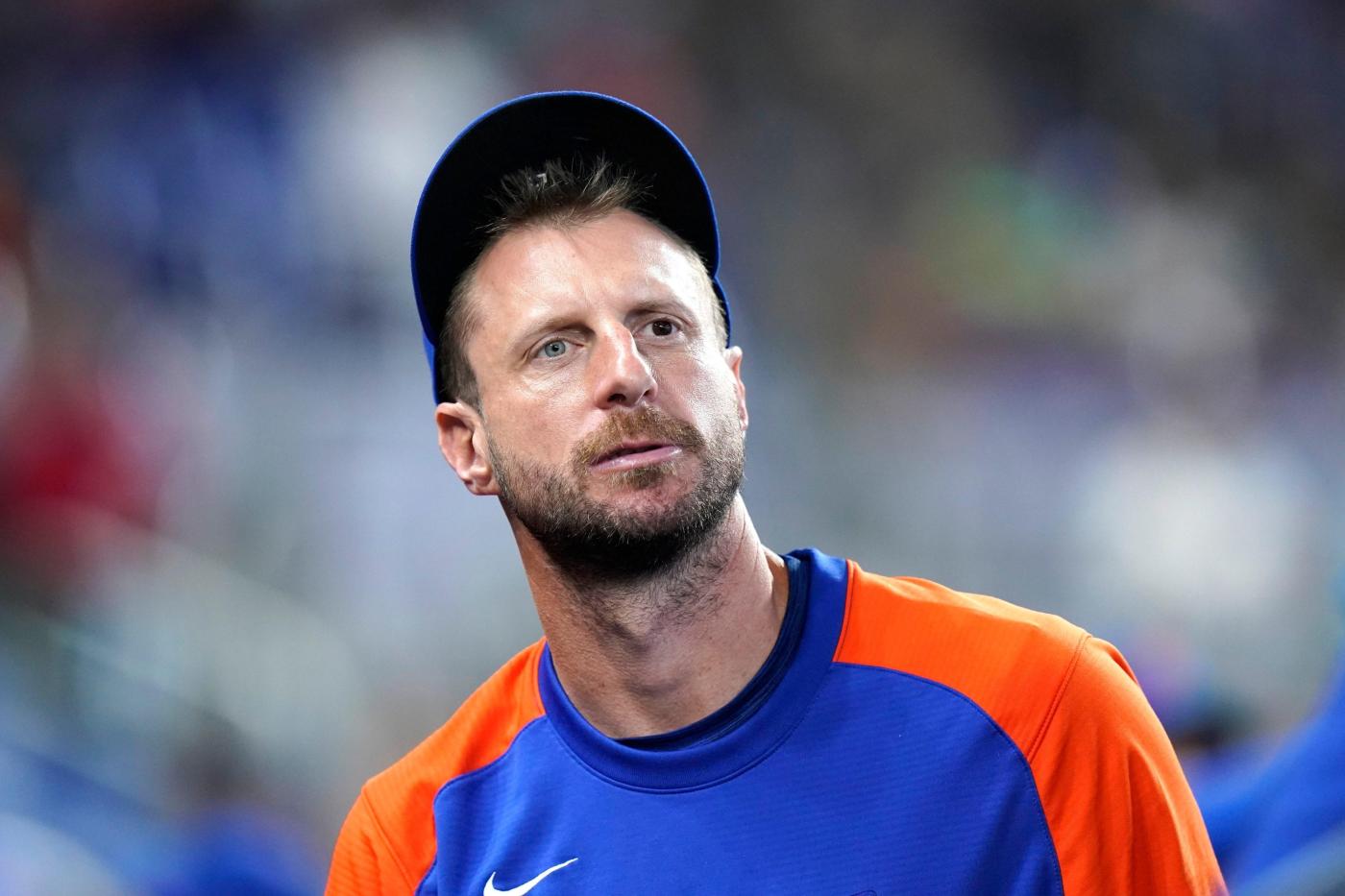 No matter how much Max Scherzer may be tired of his rehab schedule, the Mets are making sure to handle his recovery with patience and caution. No exceptions for superstar aces.

Scherzer’s second rehab start was pushed back from Tuesday to Wednesday, still set to take place at Double-A for the Binghamton Rumble Ponies. Scherzer is scheduled to throw to Mets No. 1 prospect, catcher Francisco Alvarez.

Mets manager Buck Showalter said the pushed-back start was not the result of a setback in the pitcher’s continued recovery from a moderate-to-high left oblique strain. Rather, the Mets want to give him an extra day of rest. Scherzer’s first rehab outing took place a week ago, and he will have had seven days of rest in between starts.

“There’s no reason to rush it,” Showalter said. “We’re not going to make that mistake.”

Scherzer pitching on Wednesday instead of Tuesday still allows him to make three big-league starts before the July 18 All-Star break. Depending on when the Mets activate Scherzer, it’s possible he could be lined up to face the Braves during the club’s road trip to Atlanta on July 11-13.

So how is Scherzer handling the change of plans?

Showalter said the ace is “ready to go,” and that, if it was solely up to him, he would’ve started for the Mets on Tuesday.

After the right-hander completed his first rehab start — two runs allowed and six strikeouts recorded in 3.1 innings and 65 pitches at Binghamton — the Mets considered letting him make his next start against the Marlins in Miami. But that didn’t happen. The ace said he’d throw another rehab start on Tuesday, which has since been pushed back to Wednesday.

“I think he came around,” Showalter said of Scherzer’s reaction to an extra day of rest.

The Mets are relying on Scherzer as they navigate a tricky oblique strain that typically sidelines players for 6-8 weeks. Scherzer pulled himself out of his Citi Field start against the Cardinals on May 18. Wednesday will mark six weeks on the injured list for Scherzer, which is the longest he’s been sidelined in at least the past seven years.

Scherzer has produced a 5-1 record and 2.54 ERA with 59 strikeouts in eight starts and 49.2 innings in his debut season for the Mets.

Jeff McNeil returned to the Mets lineup on Tuesday against the Astros after missing five games with right hamstring tightness.

“He was ready to play Sunday, but we took some precaution because we could,” Showalter said. “If we were in a different part of the season, he would’ve played through it, probably.”

Showalter skirted around a question of whether the Mets will be more cautious with McNeil’s legs going forward. In truth, they would be silly not to. McNeil is a major part of the club’s lineup, bringing a .327/.386/.465 slash-line with 33 RBI, four home runs and 19 walks across 65 games to his Tuesday night return to the lineup.

It helps that McNeil understands his body better in his fifth year in the majors. If this was a previous season, McNeil said he may have tried to play through the hamstring tightness, which only would have worsened the injury. McNeil, who is in the running for a second-career All-Star appearance, was able to avoid the injured list.

“Just had some minor stuff throughout the year so I know what’s hurt and what I could play through,” McNeil said on Tuesday. “I know what’s very very minor and that I can easily keep going.”

Keith Hernandez wiped away tears Tuesday after watching an early screening of his documentary, “He’s Keith Hernandez,” which is set to premiere on Wednesday at 6:30 p.m. on SNYtv.

Hernandez said the best part of the documentary was the comments from his teammates. “That’s what touched me the most,” he said.

The Mets are honoring 1986 World Series champion Hernandez in the days leading up to his No. 17 jersey retirement ceremony, which will take place on July 9 at Citi Field before the team’s 4:10 p.m. game against the Marlins.