Mets come from behind in 9th to topple Phillies, 10-9 – Twin Cities 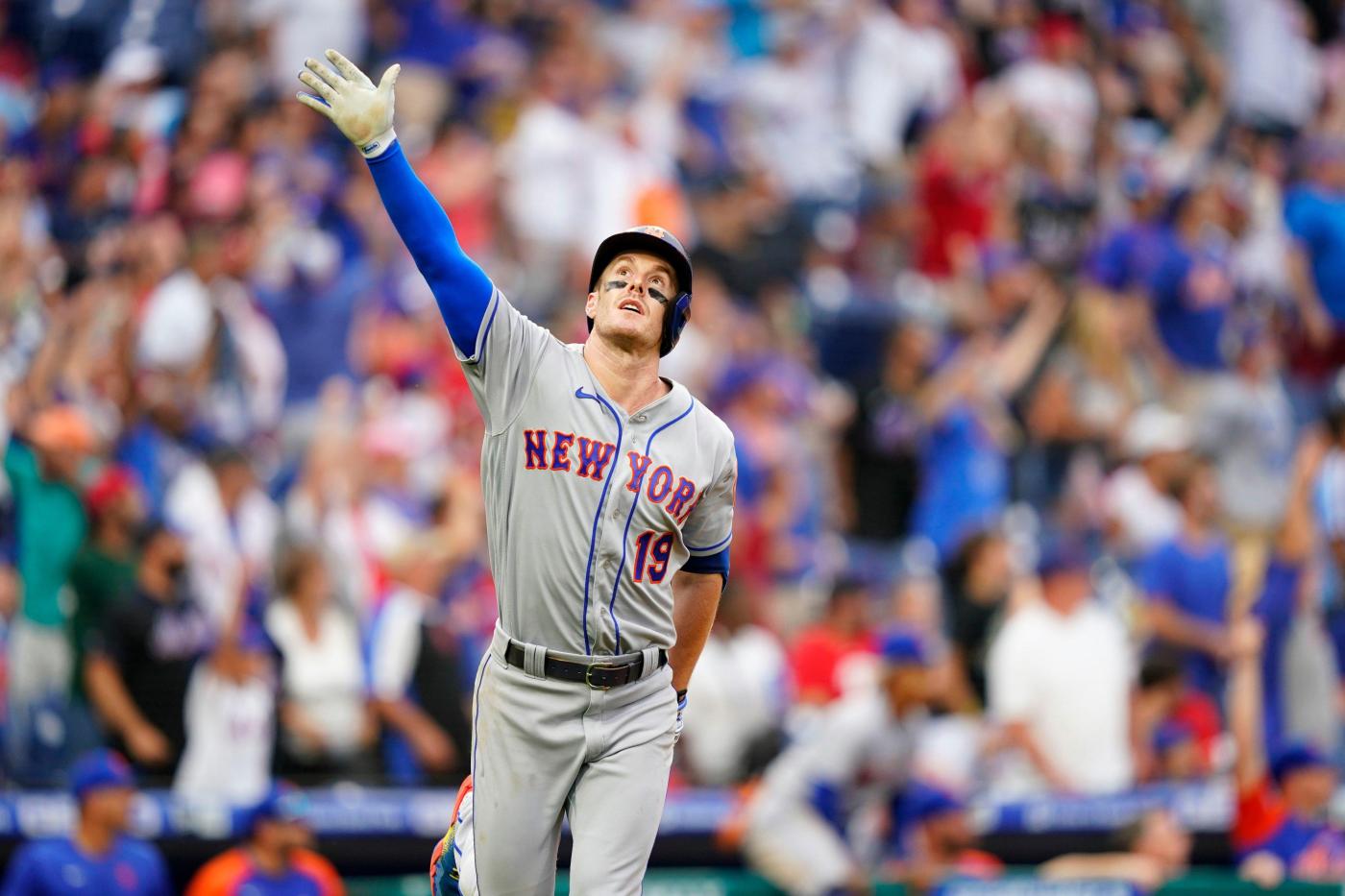 PHILADELPHIA — On April 11 at Citizens Bank Park, Phillies’ third baseman Alec Bohm was famously caught on camera telling one of his teammates, “I f—ing hate this place.”

His team might have similar feelings of hatred about playing the Mets, who moved to 14-5 against the Phillies this season after Sunday’s win, which may have been the wildest of their year.

On Sunday, the two National League East foes wrapped up their season series. The torturously long game was a 10-9 win for the Mets thanks to two stunning home runs from Mark Canha (one in the top of the ninth) and another case of the Philadelphia bullpen melting down. Bohm and the Phillies probably had profane thoughts racing through their brains again while watching this one unfold.

Facing a Mets’ starting pitcher who was making his big-league debut, the Phillies bashed him right away. Jose Butto handed the Phils four runs in the first inning, three before getting a single out. While toeing a big-league rubber for the first time will surely stick in Butto’s memory, so too will the first five batters he faced reaching base.

After that horrendous start, Butto settled down to throw blank frames in the second and third. He was a ground ball away from getting out of the fourth, too, but Bohm had other plans. Part of the first-inning onslaught included Bohm unloading on Butto for a three-run home run. He liked that so much he decided to do it again in the fourth, this time drilling one off the right field foul pole.

Two homers and six RBI made it seem like Bohm would love the friendly confines of his home stadium on Sunday. A few factors helped ruin the Phillies’ good time, though, one of which was their own starting pitcher.

Kyle Gibson was far from sharp. The veteran righty walked three Mets and watched eight more record hits off him. But his four runs (only two of which were earned) were fewer than Butto’s seven, putting the Phillies in prime position to win ugly. Then Mother Nature put her imprint on things.

A 46-minute delay hit in the sixth inning, the third time during the Mets’ road trip that they were interrupted by rain. This one seemed to replenish them. Coming back well-rested for the seventh inning, Pete Alonso and Daniel Vogelbach found some outfield grass for back-to-back singles, setting up Mark Canha for his own rainmaker.

“Everybody in baseball is a little worn down right now. To fight through that, after a rain delay, that’s impressive,” Buck Showalter said.

Canha got the first-pitch heater that he was looking for. Reliever Connor Brogdon—the first bullpen arm of the day to turn a Phillies’ win into a loss—attempted to go up in and in, and Canha took him up and out. It was just the third homer Brogdon had allowed all season and surely invited doom and gloom thoughts that matched the weather. Canha’s home run tied things up at seven, making a Philly crowd that watched their team blow two different three-run leads wish they had left during the rainstorm.

“It’s nice to finally get in a groove. I’m getting a little bit hot,” Canha said. “The lack of power [this season] has been frustrating but I realize it’s a journey. It’s kind of been a long haul for me to get to this point. I was just super happy to contribute and get one for the boys.

Those who stayed were rewarded ever so briefly. A player with nine years of service time did something he had never done before. Jean Segura, who initially had the day off following Saturday’s doubleheader, pinch hit for Matt Vierling. Unlike Canha, who went after the first pitch, Segura had to wait until the seventh to smack his improbable home run. When it landed just above the left field wall, Segura had the first pinch-hit tater of his lengthy career.

Canha said I see your one clutch home run and raise you another.

“When that happened I just told myself, ‘Alright, it’s your turn next time. You’re going to do it again,” Canha said. “You’re going to win it. We’re not done here yet. We’re gotta win this thing still.’”

David Robertson threw 36 pitches on Saturday. Needing a win, though, Phillies’ manager Rob Thomson sent him out for the save on Sunday. Jeff McNeil doubled, Canha bat flipped the Mets to a lead, and the boos reached a crescendo. Only making things worse, Thomson substituted rookie Tyler Cyr for Robertson, and the first batter of his career took him deep, too. Brandon Nimmo’s insurance shot in the ninth put the Mets up by two runs and, finally, everyone in the building wearing red could agree.

On Sunday afternoon, through sunshine, rain, an epic Mets’ comeback and one final ninth-inning rally from the home team that fell a run short, Citizens Bank Park was yet again a place that the Phillies and their fans f—ing hated being at.

“We were fortunate. They’ve got some people hurt, Harper and a number of their guys were down,” Showalter said. “There’s a chance we’ll see them again.”