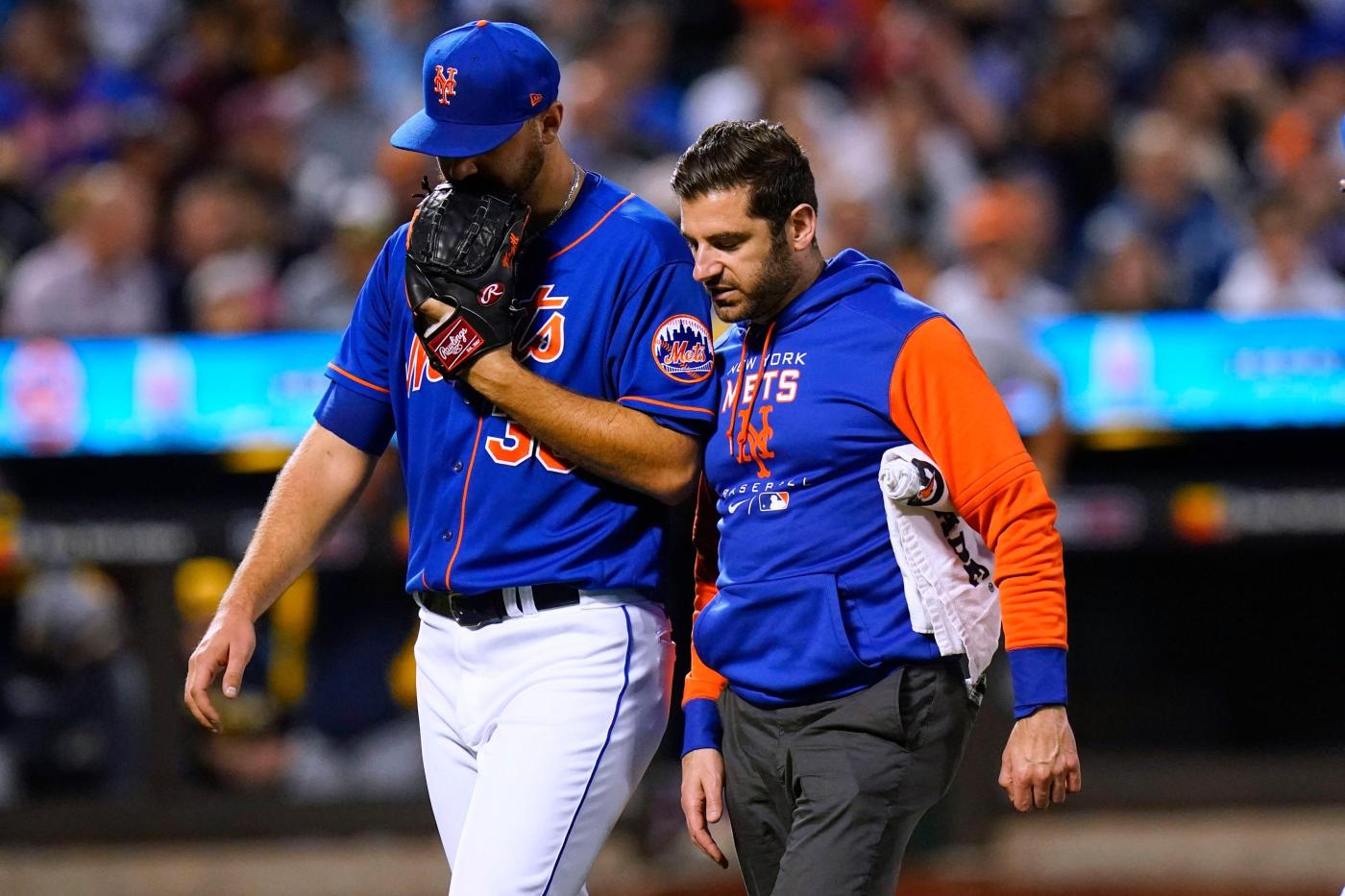 In the latest example of why you can never have enough pitching, Mets righty Tylor Megill was forced out of Thursday night’s game in the fourth inning with shoulder discomfort.

Megill is scheduled to have an MRI on Friday, the Mets said.

In just his second start since missing a month with right biceps inflammation, Megill winced immediately after throwing his 28th pitch on the night. He exited the field with an athletic trainer and was replaced by Chasen Shreve.

Megill, 26, who started on Opening Day for the Mets in place of injured star Jacob deGrom, came into the game against the Brewers with a 4-2 record in eight starts and a 4.50 ERA.

He pitched three shutout innings before running into trouble in the fourth. He gave up a leadoff homer to Christian Yelich and then with the bases loaded and one out he appeared to hurt himself on a 92 mph fastball to Omar Omar Narvaez.

The Mets’ 8th-round pick in the 2018 MLB Draft out of the University of Arizona returned to the rotation last Friday against the Angels in Anaheim. He allowed two runs and five hits on 64 pitches in 3 1/2 innings.

Megill’s apparent injury comes on the same day that Max Scherzer threw 50 pitches in a simulated game at Citi Field. The three-time Cy Young winner is making his way back from a left oblique strain suffered on May 18 in a start against the Cardinals.

He hopes to make a minor league rehab start on Tuesday, but he wasn’t ready to say he’d then be ready to return to the Mets’ rotation.

“It’s too hard to speculate, because you hit the next level, you might stress it too much. You don’t want to start thinking farther ahead than what you can. This is a tricky injury,” Scherzer said.

“So, I’d love to tell you that I can do one rehab start and I’m going to feel great and I’m going to come back. I would love to say I can do that. Is that possible? Yes. But the reality is, I could very easily have a rehab start, have it be tight, and want to actually do it again before I’m actually in a big league game. So I’m very aware of working back through this injury and really, really focused on not having a setback.”

Scherzer, who signed a three-year, $130 million free-agent contract with the Mets in the offseason, is 5-1 with a 2.54 ERA over his eight starts in his first season in Queens.

DeGrom is also working his way back from injury. The two-time Cy Young winner has been sidelined all season with a stress reaction in his right scapula. He threw 30 pitches in a bullpen session on Tuesday and is scheduled to throw again on Friday.

– With The Associated Press