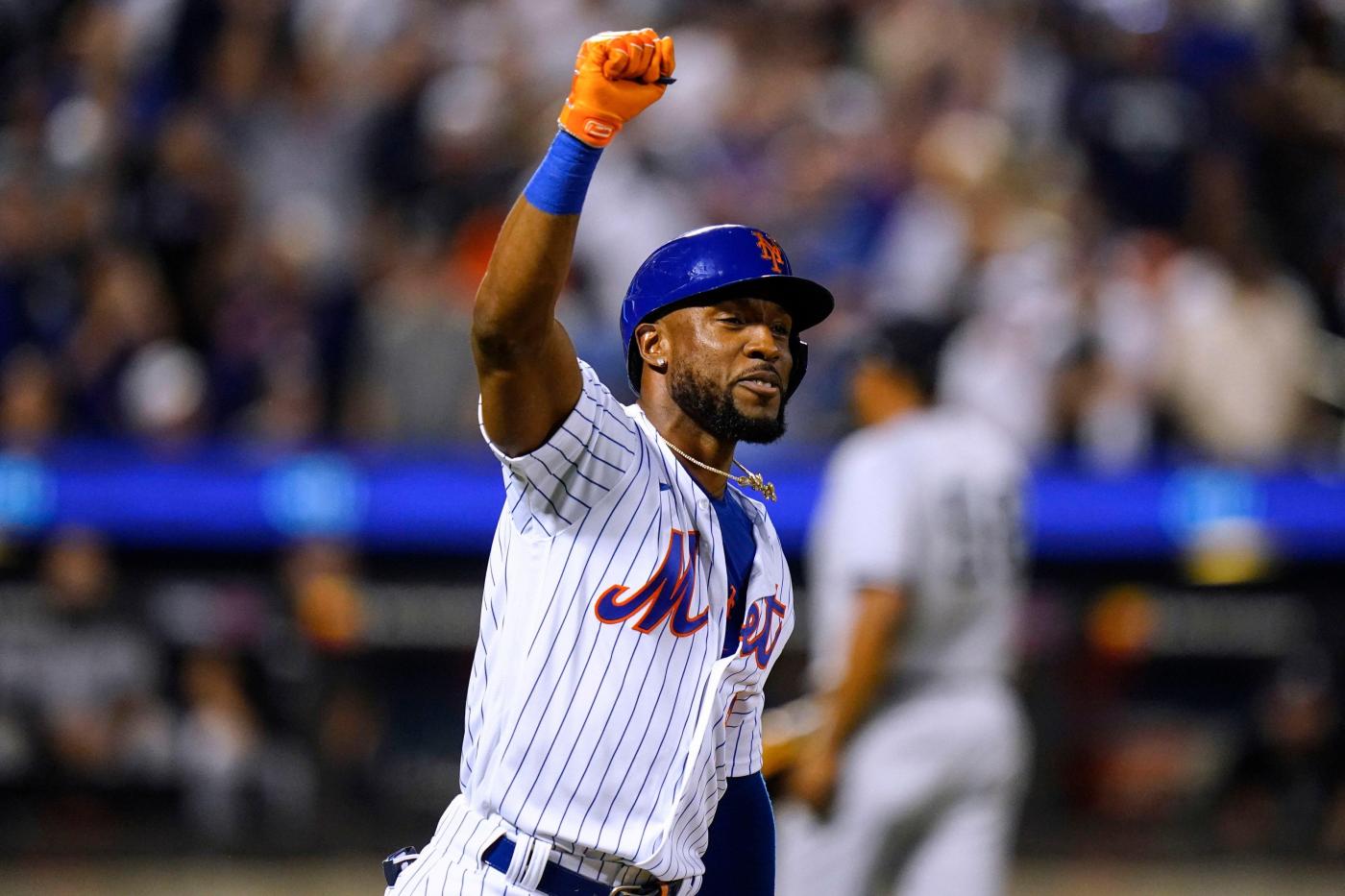 The Mets will certainly take their 3-2, last-minute win over the Yankees on Wednesday, but the events that led up to it were less than ideal.

A deeply strange managerial decision in the top of the eighth, a blown chance in the bottom of the eighth and a two-out single in the top of the ninth that forced them to face Aaron Judge are all dust in the wind now. Starling Marte won the game for the Mets with a single in the bottom of the ninth, and the win goes into the books all the same. Even better for the suddenly streaking Mets, it completed a sweep against the best team in the league.

Before the pandemonium of a walk-off and the mini collapse that made it necessary in the first place, Max Scherzer had himself a pretty nice 38th birthday.

With the Mets needing a win to sweep a two-game series from the reeling Yankees, Scherzer lived up to his $43.3 million salary. The bullheaded veteran gave the Mets seven innings of vintage Scherzer, helping them get most of the way to a win.

Before the game, Mets’ manager Buck Showalter was asked about Scherzer, who has become the team’s de facto ace as Jacob deGrom inches his way back to full health. It hasn’t all been roses for Scherzer, who himself missed a month and a half with an oblique injury. But with a player like Scherzer, the manager explained, there was no need to fret about how he’d handle his first Subway Series start.

“If it’s 3,000 people at a spring training game, Max is the same guy,” Showalter said. “If he’s doing drills on a back field, he approaches it the same way. He never fails to have a competitive edge, regardless of what the atmosphere is. That’s good, because a lot of guys aren’t able to do that. I love it.”

Showalter and the Mets had to love what they saw on Wednesday night — though some batted ball luck surely helped — and conversely, the Yankees went home kicking themselves for the second night in a row. They were 0-for-8 on Tuesday with runners in scoring position and 0-for-7 on Wednesday. That noise you just heard was Yankee general manager Brian Cashman furiously calling up other GM’s to trade for another bat.

Now, about that managerial decision. Five pitches was all it took to briefly spoil Scherzer’s birthday. Staked to a 2-0 lead, having just watched Scherzer put together his masterpiece, David Peterson came in for the eighth.

Showalter’s decision to use Peterson was questionable at best and reckless at worst. Peterson is a career starter who had pitched just three times out of the bullpen this year, four times in his entire career. More importantly, his outing on Wednesday came on the shortest rest he’s ever had. Peterson last pitched on July 24 against San Diego, giving him just two days off. It’ll be interesting now to see how much time off he has to dwell on this Subway Series slip up.

Marte saved him in the end though, bringing home Eduardo Escobar who kicked off the ninth with a bullet double into left field. Marte, Escobar and Scherzer were all getting their first taste of the Subway Series, and it’s safe to say they liked the flavor.