Mike Elias says surging Orioles will approach trade deadline from ‘global’ perspective. Trey Mancini is ‘at peace’ with whatever it might bring. 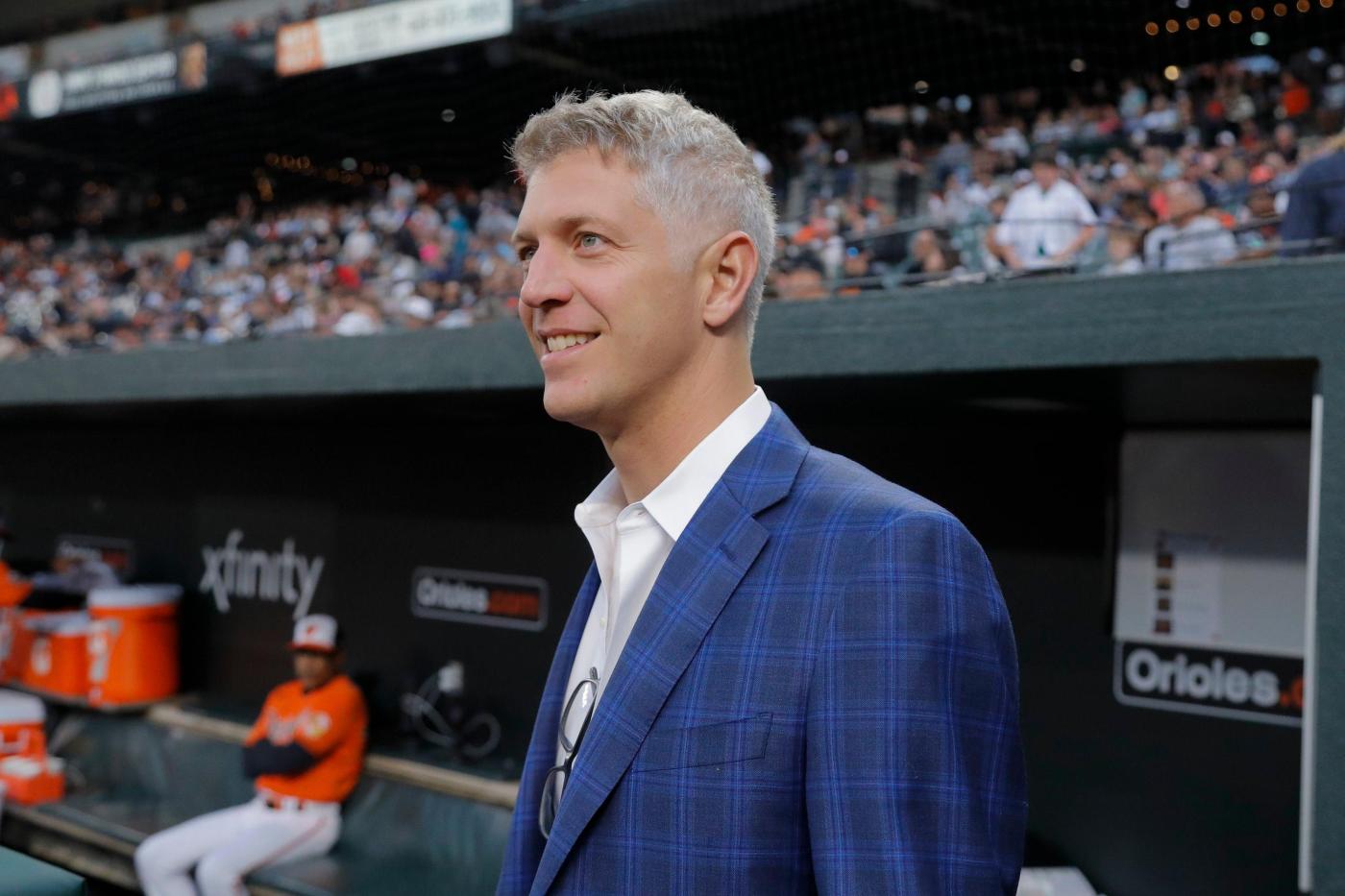 Since this Orioles rebuild began, Trey Mancini has said he wants to see it through. But with those efforts finally paying off at the major league level, Baltimore’s longest-tenured player might not hold that status much longer.

Major League Baseball’s trade deadline is Aug. 2, and with a mutual option for 2023 between him and the Orioles more a paper move than a promise, Mancini is effectively a pending free agent. Asked whether Baltimore’s recent uptick — the club entered Saturday having won six games in a row to sit four games back in the American League wild-card race — would make a long-discussed trade easier or harder to swallow, Mancini elected the former.

“I’m at peace with whatever happens,” Mancini said in the Orioles’ clubhouse before Saturday’s game. “I just have been so proud of this team and the way that we have bounced back from some tough years, and seeing a lot of guys come into their own, become really good major league players, it’s been awesome.

“Who knows what happens. We’re certainly exceeding expectations right now, so when I say it’s something that I’m not giving much thought or energy to, I mean it, I really do. It’s something that’s out of my control, but I would say a little easier just because I’m very at peace with the way that this organization is heading, and I think my presence this year compared to last year, I’m happy with, and these guys have made me better, too. And I’m so thankful for them and thrilled about that. No matter what happens, I’m really happy to have been a part of this.”

Veterans Jordan Lyles, Robinson Chirinos and Rougned Odor are Baltimore’s other potential free agents — Lyles has a team option for 2023 — but Mancini is certainly the likeliest to be dealt. Other candidates include relievers Jorge López and Dillon Tate and outfielders Cedric Mullins, Austin Hays and Anthony Santander, though all of those players have multiple years of control remaining beyond this one, meaning their trades would go against what appears to be Baltimore’s competitive timeline. Any of those players being moved would seemingly disrupt the most competitive stretch the Orioles have had in four seasons under executive vice president and general manager Mike Elias and manager Brandon Hyde.

The trade deadline is more than three weeks away, which means there’s plenty of time for Baltimore’s season to shift in either direction, buyer or seller. Speaking with reporters Saturday, Elias said he wasn’t surprised by the Orioles’ strong play because “I don’t get surprised about baseball.”

Elias noted that with the MLB draft, in which the Orioles have the No. 1 pick, moving to later in the season, trade discussions have yet to pick up quite as much as they once did by this point. But once they do, his focus will remain where it has throughout his tenure: on the organization’s big picture.

“In this job, everything that I do or that we do has tradeoffs,” Elias said. “And all I can say is we do everything from a very global, very thoughtful perspective about what is the right thing to do for the health of the Orioles franchise, and all that’s being taken into consideration for the draft, but also for the trade deadline coming up, and I don’t know what’s going to happen.

“What I’m saying is we’re taking a look at everything as we make these decisions, and we’ll see what happens.”

A day after Hyde said his players understand the business of the game, Elias said how any potential moves might impact the clubhouse would be factored into how they operated. One trade already made this year — sending backend relievers Cole Sulser and Tanner Scott to the Miami Marlins on the cusp of the season for a draft pick and three minor leaguers — seemingly signaled their efforts heading into 2022. Instead, it enabled López, Félix Bautista and Cionel Pérez to emerge as late-inning weapons.

In a similar fashion, Mancini believes the club will be able to withstand his exit if he’s dealt within the month.

“I think they’d be OK,” Mancini said. “We’ve got a really solid core, Haysy, Mullins, [John Means], guys that were drafted by this organization, came up in this organization, and I think it would be in very good hands. They know how to lead, and they’re just a really, really good core.

“I’d feel very good with the hands that I’d be leaving it in, I guess I’d say.”

Mancini is well practiced in discussing this aspect of the sport. He was also part of trade talks at the deadline in both 2019 and 2021, having missed the 2020 season battling stage 3 colon cancer. He said this year marks the first time he’s carried this “at peace” mentality, partially stemming from what he took away from that experience.

He’s open to whatever the future holds, as he’s often been thrust into uncomfortable circumstances during his major league career. Mancini has spent little of his six years as an Oriole playing his natural position of first base, forced to the outfield first by Chris Davis and Mark Trumbo and now on occasion by Ryan Mountcastle.

He sees that as an example of how he wants to do whatever he can to help this team for as long as he’s a part of it.

“That’s what I’ve always tried to be, is whatever they want me to do, I’ll do it,” Mancini said. “I think just always putting the team before myself is something that has always been my M.O., and I think whether it’s here or somewhere else, I think I’m always gonna continue to do that.”

>> Elias said the list of players the Orioles are considering for the first overall pick remains at five, and none of them are pitchers. He has not said who those players are, but they are believed to be four high schoolers — outfielder Druw Jones and infielder Termarr Johnson of Georgia, infielder Jackson Holliday of Oklahoma and outfielder Elijah Green of Florida — and Cal Poly shortstop Brooks Lee.

>> Double-A Bowie third baseman Coby Mayo, the organization’s fourth-ranked prospect according to Baseball America, is going on the injured list with back spasms.

>> With the success outfielder Heston Kjerstad, the second overall pick in the 2020 draft, is having at Low-A Delmarva, Elias acknowledged, “I don’t think we’re going to leave him there all year.”

>> Asked what top 15 prospects DL Hall, Gunnar Henderson, Jordan Westburg and Terrin Vavra need to show at Triple-A to earn their first major league promotions, Elias said, “Anybody who’s playing as well or as talented as the four of those guys are, it could happen at any moment.”