Mike Preston: It’s time for the Ravens and QB Lamar Jackson to make a deal — for the right price 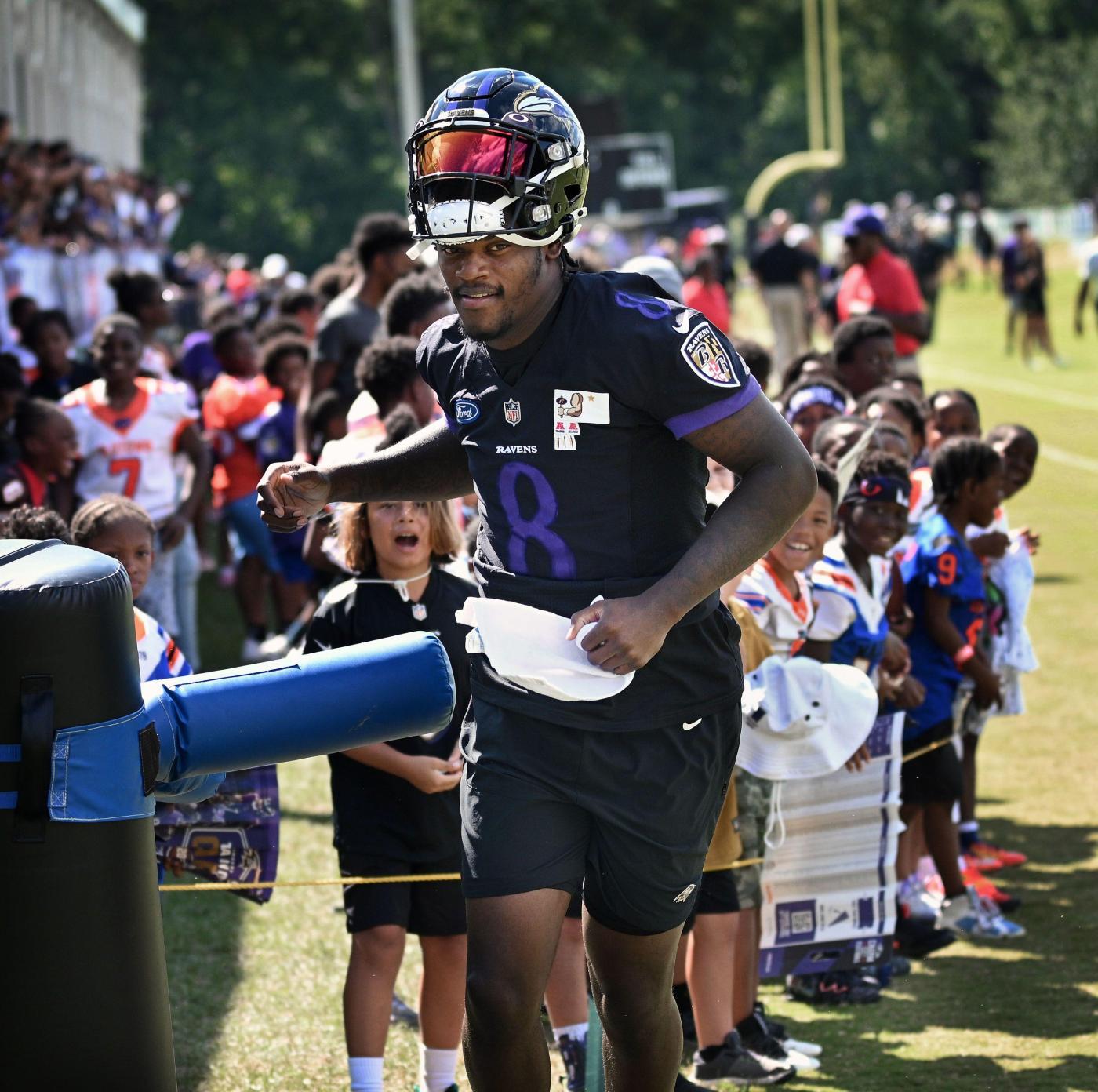 Unless quarterback Lamar Jackson is hung up on having a fully guaranteed contract, I believe there is still a chance he and the Ravens agree to an extension by the end of his self-imposed deadline this week.

The Ravens have a notorious history of lowballing players initially in contract negotiations, so it’s safe to assume they’ll up the ante this week. Maybe they’ll offer Jackson something in the $46 to $49 million per season range, which would put him in the same company as quarterbacks Russell Wilson of the Denver Broncos, Kyler Murray of the Arizona Cardinals and DeShaun Watson of the Cleveland Browns, all of whom will average $49 million in the deals they signed this offseason.

If Jackson, the NFL’s Most Valuable Player in 2019, wants $50 million per season like the Green Bay Packers’ Aaron Rodgers, who is the league’s highest-paid quarterback, then Ravens general manager Eric DeCosta should just say no.

If Jackson wants his entire contract guaranteed — such as what Cleveland gave Watson in March when the Browns signed him to $230 million contract — then the Ravens should allow him to play out his contract this season for $23 million then franchise him next year. The quarterback they draft in April can develop for a year.

Honestly, there are still doubts about whether Jackson has improved enough as a thrower to lead the Ravens to the Super Bowl, much less win one, especially with the ineffective offensive play calling. But the deals signed by Wilson, Murray and Watson have set the precedent.

The Ravens don’t need to be stupid, though. Jackson can’t play or throw like Rodgers and shouldn’t be paid as such. As for the fully guaranteed contract Watson received, it just simply shows why the Browns are one of the worst mismanaged teams in the NFL. One agent told The Athletic that Cleveland’s deal with Watson was “disgusting” and “complete, 100% franchise malpractice” that “sends the wrong message.”

Wilson got $161 million guaranteed and Murray got $189 million. Both of their deals were for five years. The Rodgers and Watson contracts are exceptions, not the rule. In other words, Jackson could still receive significant guaranteed money and come back for another extension after three years.

It makes sense and is a win-win situation for both sides.

If an agreement is reached then Jackson, 25, looks good because he held his ground, signed a new contract and made more money despite being criticized for basically negotiating his own deal with his mother. The Ravens keep faith with their fans because they signed their franchise-caliber quarterback avoiding a public relations disaster.

Some fans have already complained about the team’s unwillingness to sign a Black quarterback, even though four of the top five highest-paid quarterbacks — Wilson, Murray, Watson and Kansas City’s Patrick Mahomes — are Black.

The Ravens have certainly catered to Jackson in other ways. They changed their practice schedule. They took two tight ends — Isaiah Likely and Charlie Kolar — in the fourth round of April’s NFL draft to roll back the clock to 2019, when Jackson was the MVP after completing 265 of 401 passes for 3,127 yards and an NFL-high 36 touchdowns in a tight end- and run-heavy offense.

The Ravens have built this offense around Jackson — on the field through player personnel and off it with player salaries. They want him around for several more years because that’s when he’ll be at his peak.

But I think anything beyond three years is too risky for a quarterback who runs as much as Jackson. By then the Ravens should be able to see any signs of him slowing down from all the punishment he has taken in eight years. Once Jackson loses his ability to move and improvise, his play will likely diminish.

If the Ravens and Jackson can’t agree, then he will get paid his salary this season and around $45 million if the Ravens decide to place the exclusive franchise tag on him in 2023. The Ravens can also tag him again in 2024, a scenario I don’t have a problem with either, which would be worth about $55 million.

Jackson has said he will cut off negotiations if a deal can’t be reached before the season opener Sunday against the New York Jets because he doesn’t want it to affect his play. You can respect that even though Jackson has spent the last month posturing for a new deal on Twitter.

Regardless, it appears the Ravens are going to have to pay him now or later. But like most things in life, nothing is fully guaranteed.