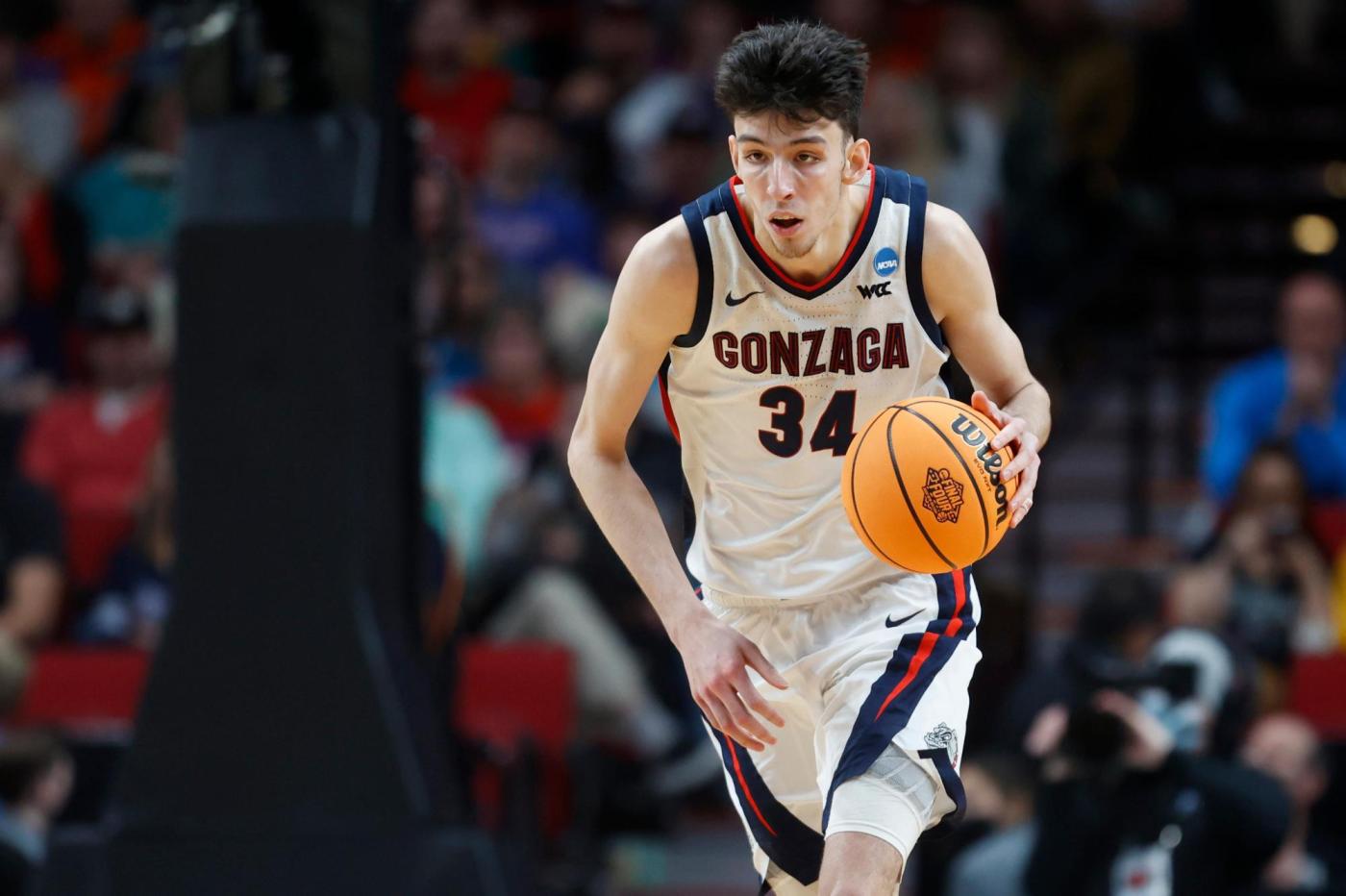 OKLAHOMA CITY (AP) — The Oklahoma City Thunder chose Gonzaga’s Chet Holmgren with the No. 2 overall pick in the NBA draft on Thursday night and hit the accelerator on their rebuild by adding three of the top 12 selections.

In Holmgren, the Thunder got a versatile 7-footer who was a second-team Associated Press All-American in his only college season. He averaged 14.1 points and 9.9 rebounds and ranked fourth nationally with 3.7 blocks per game for the Zags.

He wil join a young team led by Shai Gilgeous-Alexander, who averaged 24.5 points last season, and Josh Giddey, last year’s No. 6 overall pick who made the All-Rookie second team.

“I think it’s a great situation, great dynamic playing with guys like Josh and Shai as well as everybody down the roster,” Holmgren said. “It’s a lot of great players there with unique skill sets. I feel like I can kind of pair up with them and help enhance theirs as well as have their skill sets enhance mine.”

He had more immediate concerns than playing for the Thunder.

“I think I need to buy a new phone because I need an American number, so I will need to buy that,” he said.

The Thunder then took Santa Clara guard Jalen Williams at No. 12. The 6-foot-6 guard averaged 18 points and 4.2 assists last season as a junior. He’s the first Santa Clara player picked since Steve Nash was selected 15th overall in 1996.

“He’s super talented,” Williams said. “It’s kind of cool that we get to go through this experience together now instead of being enemies on the court.”

He will join a young core that includes Gilgeous-Alexander, Giddey, Lu Dort, Darius Bazley and Tre Mann. Dort is one of the league’s best defensive players when healthy. Bazley is an athletic wing player and Mann was an explosive scorer off the bench. Gilgeous-Alexander, the oldest player in that group, is just short of his 24th birthday.

The Thunder hope Holmgren eventually can help them regain some of the glory from the Kevin Durant-Russell Westbrook era. The Thunder went to the Western Conference Finals four times with that duo and the NBA Finals once. The Thunder have not won a playoff series since Durant left and have missed the playoffs the past two seasons. They went 24-58 last season.

The Thunder selected Arkansas’ Jaylin Williams with the 34th overall pick. The 6-10, 240-pound forward averaged 10.9 points and 9.8 rebounds per game last season. He shot 46% from the field and led the nation with 54 charges drawn.

The Thunder also picked UCLA’s Peyton Watson at No. 30 overall, though he is going to the Denver Nuggets.