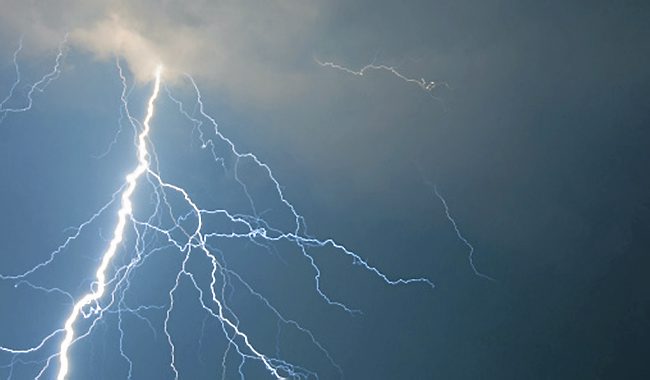 Severe storms knocked out power to as many as 75,000 customers across Minnesota where power poles were toppled and winds gusted as high as 81 mph in the state’s southern region.

The largest power outages were west of the Twin Cities and by Wednesday morning service had been restored to about half of those who lost power, according to Xcel Energy.

The National Weather Service said it received reports of trees and branches down from Carver and McLeod counties east across the Twin Cities.

The Washington County Sheriff’s Office reported that a house in the city of Grant caught fire after being hit by lightning. And the Bloomington Fire Department shared video of downed power lines sparking a small fire after the storms moved through.

We had a busy few hours here in the County tonight. Some trees and power outages – stop lights out. A lightening strike hit a house in Grant causing it to catch fire. A motor vehicle accident was reported in Afton – car vs. downed tree. #wcsostreettweets pic.twitter.com/AvMKHoQWI3

The storms rolled in after an intensely hot, humid day across much of central and southern Minnesota on Tuesday, with the heat index reaching as high as 115 degrees in some spots. The Twin Cities airport had a peak heat index of 109 degrees, according to the weather service.

Much drier air is expected across the state for Wednesday, with highs in the 70s and 80s.

Minnesota United is on the brink of a complete collapse. After being the hottest team…