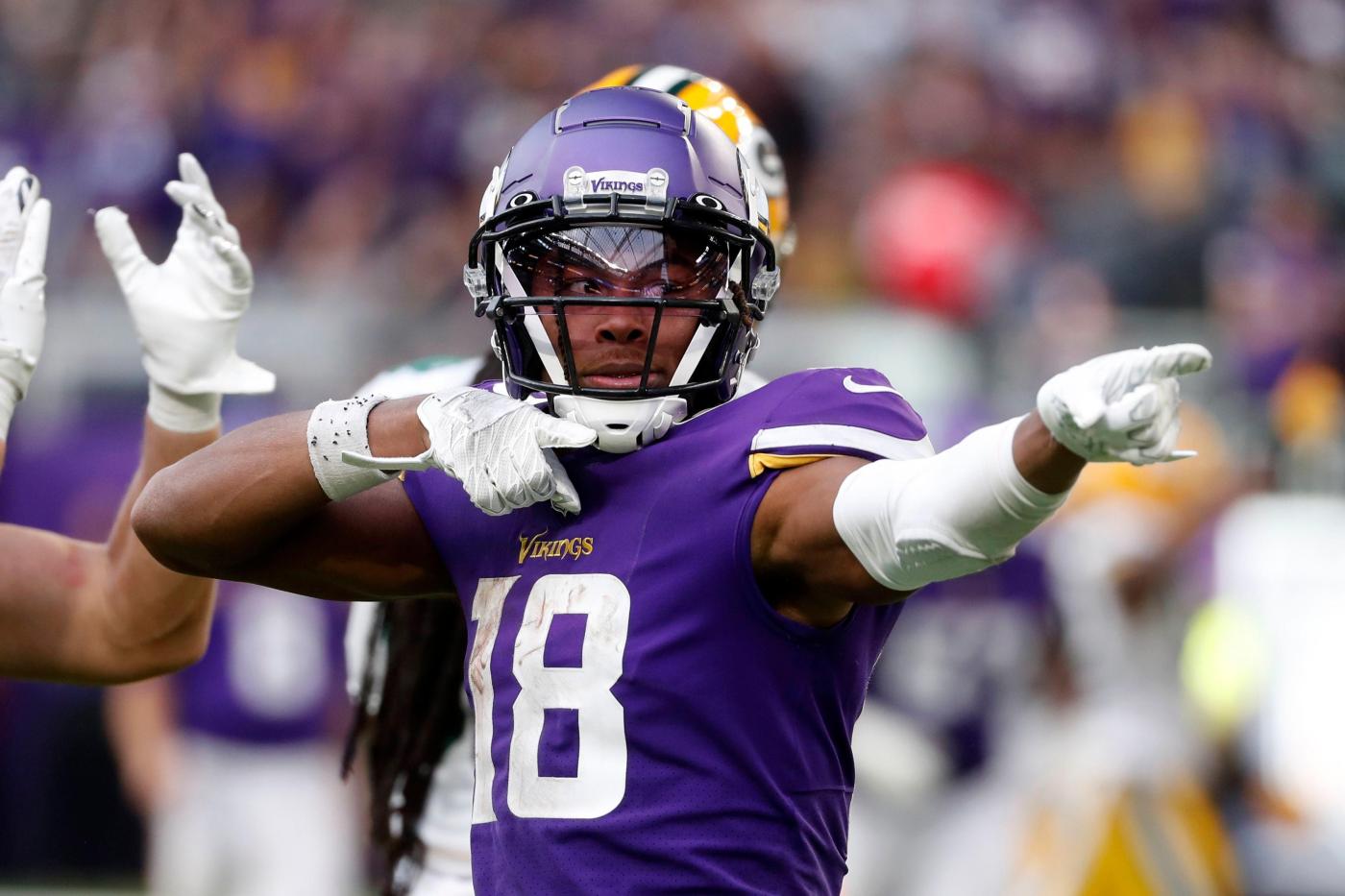 Having boldly stated before the season his goal to be the best receiver in the league, the Minnesota Vikings’ Justin Jefferson already can stake a claim to this subjective yet coveted status.

Aaron Rodgers can only wish Jefferson was on his side.

Jefferson smashed the rival Green Bay Packers for 184 receiving yards and two touchdowns in a record-setting first half, giving new coach Kevin O’Connell a 23-7 victory in his first game Sunday — and the Vikings their largest margin of victory over the Packers with Rodgers at quarterback.

“I live for these type of big games,” Jefferson said. “I was definitely excited to get out there. I’m glad I had this kind of start.”

After accumulating the most receiving yards (3,016) in a player’s first two years in the NFL, Jefferson set an Vikings record with 158 yards in the first half. Kirk Cousins completed 23 of 32 passes for 277 yards without a turnover, targeting Jefferson on more than a third of his throws and keeping the Packers on their heels for most of the afternoon.

O’Connell, who served as offensive coordinator of the Super Bowl champion Los Angeles Rams last season, had Jefferson moving all over the formation to keep him away from star Packers cornerback Jaire Alexander.

“They put him in premier spots and attacked our coverages well,” Packers coach Matt LaFleur said. “Certainly we had a ton of blown coverages as well where we’re cutting him loose. If there’s anybody you don’t want to cut loose, it’s No. 18.”

Rodgers’ first game without Davante Adams was filled with frustration, and the three-time defending NFC North champion Packers fell flat in their opener for the second straight season. The Packers will need a healthy offensive line for once, too, after they played most of the second half with three backups.

“There’s expectation for whoever’s in there that they’re going to play well,” said Rodgers, whose last loss by more than one score to the Vikings in a game he started and finished was a 38-26 loss on Nov. 1, 2009, at home. “We had a lot of chances today. I’m not taking anything away from their defense, but we hurt ourselves many times, myself included.”

Sporting a fresh haircut after a summer of personal rejuvenation, Rodgers returned to an offensive cast that needs plenty of work — the running back duo of Aaron Jones and A.J. Dillon aside. Rodgers went 22 of 34 for 195 yards, and LaFleur blamed himself for Jones getting only five carries and three catches.

Second-round draft pick Christian Watson, who was taken after the Packers traded up with the Vikings for the No. 34 selection, juked past 12-year veteran Patrick Peterson on the first snap for the Packers and let what would’ve been a 75-yard touchdown pass slip through his hands.

Rodgers even had his NFL-record streak against division opponents of 38 touchdown passes without an interception stopped near the end of the second quarter when his see-what-happens heave was picked off by Harrison Smith. The last one was snagged by the Detroit Lions’ Amani Oruwariye on Dec. 29, 2019.

Jefferson rewarded O’Connell for his first critical in-game decision by catching a 4-yard touchdown pass on fourth-and-1 to punctuate the first possession. When Adam Thielen ran a slant, cornerback Eric Stokes and safety Adrian Amos both turned inside — leaving Jefferson wide open in the flat after he came in motion across the formation.

Jefferson had a 36-yard reception for a score in the final minute of the first half to give the Vikings a 17-0 lead. He came close to a third touchdown on the previous drive, too, but his diving catch at the edge of the end zone was a bit too far for him to drop both feet down.

That drive yielded the first of two field goals by Greg Joseph — who later made a career-long 56-yarder — and was set up by a 64-yard gain by Jefferson on a burst between Amos and fellow safety Darnell Savage to grab the heave from Cousins. The “MVP” chants from the fired-up crowd in Minnesota came soon after for Jefferson.

“I will be a little surprised, yep, whenever he has a game of that magnitude,” Cousins said. “Not because of him, but we expect him to get taken away a little bit.”

Za’Darius Smith, whom the Packers released in a cost-cutting move, had one of the Vikings’ four sacks and stopped Dillon for no gain on fourth-and-goal at the 1 in the second quarter.

“He came out there with fire, and you saw what happened,” teammate Danielle Hunter said.

Vikings: Rookie CB Andrew Booth Jr. hurt his quadriceps and was announced in the second quarter as doubtful to return.

Vikings: At the Philadelphia Eagles on Monday, Sept. 19.