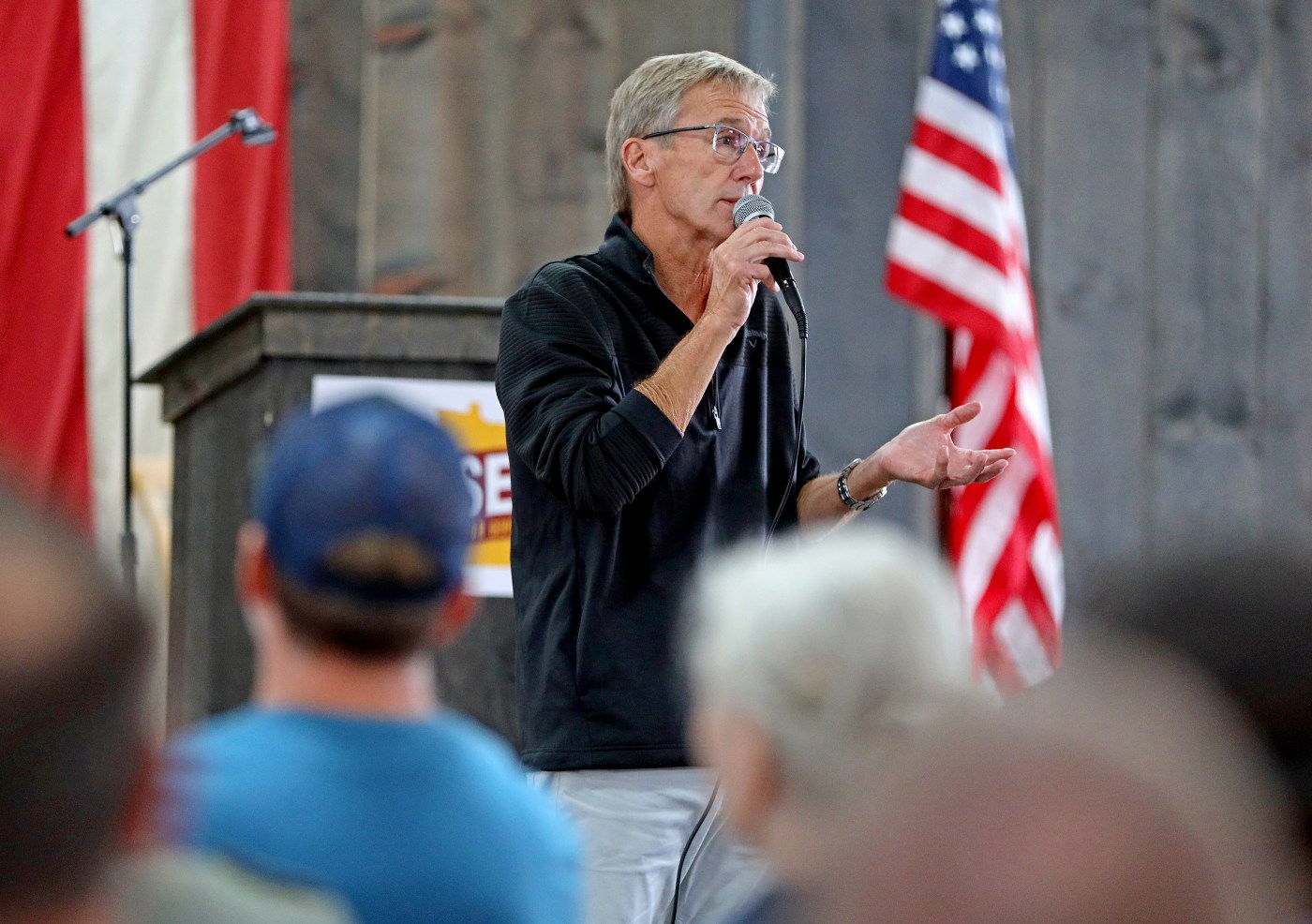 Minnesota Republican gubernatorial nominee Scott Jensen is standing by his comparison of restrictions aimed at curbing the spread of COVID-19 to Germany’s path to Nazism.

At an April event held by anti-COVID restriction group Mask Off MN, Jensen drew parallels between pandemic restrictions and the rise of Adolf Hitler in the 1930s. The candidate’s comments were initially reported by the online news source TC Jewfolk on Monday.

In a video posted to Facebook on Tuesday, Jensen remained firm in the face of criticism from political opponents and Jewish advocacy groups, remarking: “This is how I think, and you don’t get to be my thought police person.” The same day he also defended his remarks at a Minnesota candidate forum held by the Republican Jewish Coalition in Minneapolis.

“What’s happened over the last two and a half years has parallels to what happened with the 1933 banning of books, banning of Jewish authors, burning of books, Kristallnacht in 1938,” Jensen said at the forum. “This was a sequence of events that should never have been happening. It should never have been turned away from. It should have been elevated, but the media wasn’t there, and we’re seeing the same thing in America today.”

Kristallnacht, or Night of the Broken Glass, was a night of violence against Jews and vandalism of Jewish-owned businesses and synagogues across Germany that was a prelude to the Holocaust, which led to the annihilation of 6 million European Jews.

“Scott Jensen’s refusal to apologize for comparing policies he disagrees with to the Holocaust is as outrageous as it is unsurprising,” said Walz campaign manager Nichole Johnson. “Dangerous and divisive rhetoric have defined Scott Jensen’s campaign for governor. His decision to triple down on these remarks is appalling.”

In a Twitter post earlier this week, Jewish Community Action board director David Brauer questioned the Republican Jewish Coalition on its support for Jensen. “Are you good with fundraising for a candidate who compares a public health measure to organized Nazi violence against hundreds of Jewish synagogues, institutions & businesses?” he asked.

The Republican Jewish Coalition did not immediately respond to a request for comment from Forum News Service.

Jensen, a Chaska family practice physician, built a reputation ahead of his bid for governor as a skeptic of COVID-19 restrictions, expressing many views out of line with the medical mainstream and forgoing vaccination against the coronavirus. He has been investigated by the state medical board multiple times for reasons tied do his COVID-19 stances. His license currently remains under investigation.

Jensen has decried the investigations as politically motivated and has suggested he would appoint different members to the medical board if elected governor.

Jensen campaign spokesman Joel Hanson said it’s not unusual for any side in politics to bring comparisons with Nazism into the debate, pointing out that Democrats have made similar accusations in the past.

Hanson added that Jensen would welcome a direct conversation with Walz about the COVID-19 restriction comparisons to Nazi Germany, but there won’t be an opportunity as there won’t be any gubernatorial debates this month.

Walz’s campaign officials said they did not agree to participate in the debates.