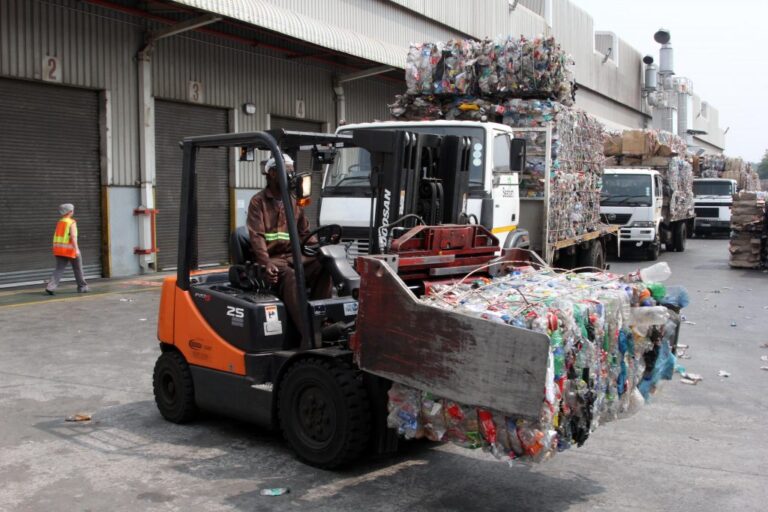 An announcement published by Mpact on the JSE stock exchange news service (Sens) on Monday will have surprised many.

The announcement summarised the background to the situation: “As notified on Sens on Thursday, 2 June 2022, at the Annual General Meeting of the shareholders of Mpact Limited held on the same day, special resolution 3 regarding non-executive directors’ remuneration was supported by the majority of shareholders, but was not adopted as it did not receive the required 75% approval.”

“Accordingly, with effect from 1 July 2022, Mpact Limited is prevented from remunerating its non-executive directors (NED).

“The NEDs agreed to continue serving on the Mpact Limited board of directors without being remunerated in the short term, while a solution was found. The composition and working of the existing board committees will not be affected.

“This is despite the fact that the NEDs will not be remunerated for their services”.

Mpact states in the announcement that its board had engaged with Caxton in an attempt to resolve the issue, but had been unable to find common ground with Caxton.

Obviously, Mpact still needs a functioning board of directors, including non-executive directors as required by applicable legislation and JSE regulations.

It is just as obvious that the directors would like to be paid for their work.

Mpact Operations is the listed packaging group’s main subsidiary which “conducts the vast majority of the business and affairs” of Mpact, according to the announcement.

The letter of the law vs the spirit?

Asked whether this appointment can be seen as an effort to sidestep JSE regulations, Mpact says its board regarded these steps as necessary in order for it to discharge its duties to maintain good governance within the broader Mpact group, and to promote and protect the interests of the company and all its shareholders.

“In so doing, the board engaged the JSE, along with its sponsor, and took advice from its legal advisors, including senior counsel, prior to making these appointments,” says management.

“Importantly, they do not circumvent the shareholders’ vote at the Mpact Limited AGM, as the non-executive directors will not be paid for any services rendered to Mpact Limited.

“They will, however, be remunerated for services provided to Mpact Operations (Pty) Ltd. This is a genuine reflection of the different functions within the Mpact group.”

Caxton chair Paul Jenkins says the unusual step is a clear effort by Mpact to ignore its shareholders.

“There is clearly always a creative way to circumvent the vote of a major 34% shareholder when it comes to directors’ pay,” he adds.

“It would have been far better if Mpact had worried about dealing with the substance of Caxton’s criticism regarding its questionable relationship with Golden Era [a 10% Mpact shareholder accused of anti-competitive behaviour with Mpact] and rather share the price-sensitive secret information with the market which both parties wish to suppress.”

Jenkins says the common ground which, according to Mpact, cannot be found, is simple: “transparency and disclosure, as opposed to seeking gag orders against Caxton”.

Mpact notes that Caxton has publicly expressed its displeasure with the Mpact board because the board has not endorsed its “bid without detail” for control of Mpact.

“As previously mentioned, Mpact’s Board has a duty to protect the interests of the company and its shareholders,” Mpact’s public relations consultants responded to questions posed by Moneyweb.

“The board has not been able to reach any conclusion on the merits of a merger because it has not received any offer, terms or even an indicative offer to merge from Caxton.

“The board is opposed to having to go through an onerous merger filing process with the Competition Commission prematurely as this would not be in the interests of the remaining shareholders or the company,” adds the statement.

“Caxton’s allegations regarding the non-disclosure of price sensitive information are strongly denied. The Mpact Board diligently reviews and assesses, on an ongoing basis, the risks and opportunities facing the business.

“We take advice from our sponsors and legal advisors on matters relating to our reporting obligations and we are confident that Mpact’s disclosures to its shareholders have been and remain appropriate and up to date.”

Caxton alleges that Mpact directors have insight into potentially damaging information that was submitted to the Competition Commission and Competition Tribunal during an investigation of uncompetitive behaviour with regards to dealings between Mpact and Golden Era.

Some of the documents submitted as “confidential information” have been blacked out entirely.

That the alleged uncompetitive behaviour involves Golden Era became known because somebody, perhaps a clerk at a law firm, neglected to black out the company name on one of the pages. 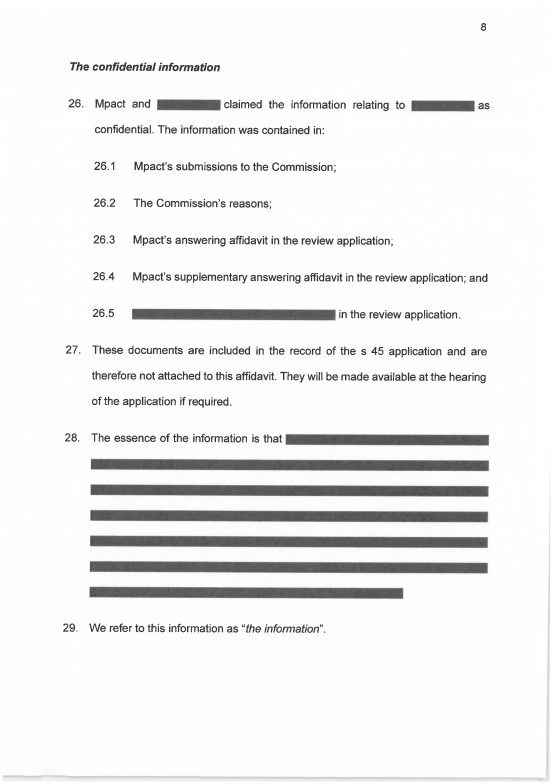 Source: Submission to the Competition Commission

Compulsory disclosures of director dealings show that Mpact directors have been big sellers of shares on the JSE, with total sales exceeding R28 million.

According to the announcement, these transactions were all done on 1 April.

A separate Sens announcement the same day informed shareholders that the Mpact share incentive trust was a big player in the market on 1 April too.

The share incentive trust bought R39 million worth of shares at R33 – and sold nearly the same number of shares that same day, also at R33.

The average daily trade over the last six months amounts to less than R12 million, according to statistics supplied by ShareData.

The share held up for a month or two after that day in April, but has dropped steadily since the beginning of June to the current R27.

Listen to both sides of the Caxton vs Mpact spat (or read the transcript of the interview with Mpact CEO Bruce Strong here and Caxton chair Paul Jenkins here):