NBA draft could be about who has a shot, or who can give Heat best shot – Twin Cities 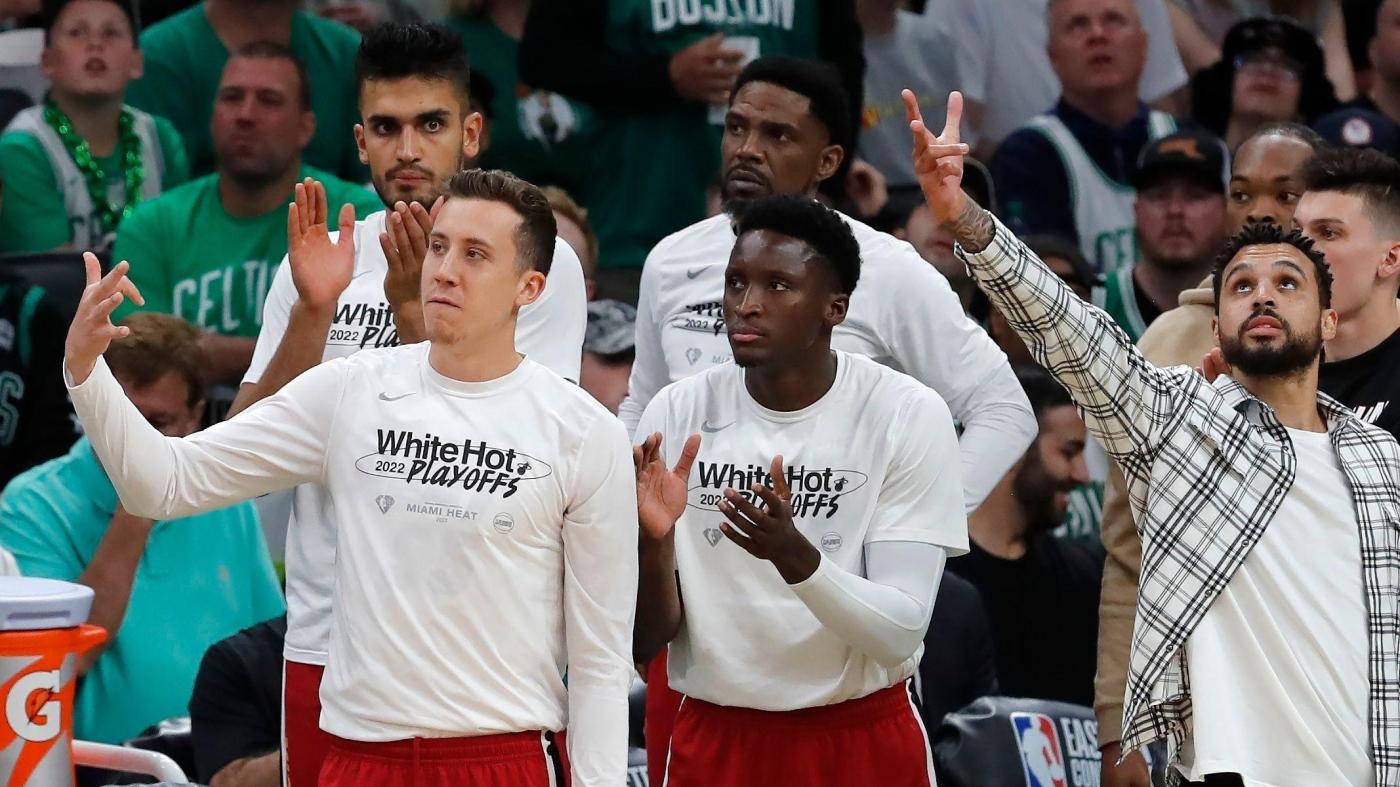 From the checklist of Miami Heat offseason needs, shooting did not appear to be one for the team that ended the regular season with a league-best .379 3-point percentage.

Then came the postseason, when only three of the 16 playoff teams were worse than the Heat’s .313 from beyond the arc.

Now, with the possibility of including Duncan Robinson’s contract in an offseason trade, it is an aspect front and center as the Heat prepare for Thursday’s NBA draft at Barclays Center.

What makes it all the more challenging is that many of the options in the range of the Heat’s No. 27 slot in the first round are listed as solid prospects with the exception of their shooting.

And for every Kawhi Leonard, who went from a 25% 3-point shooter at San Diego State to his 38.4% NBA career accuracy, most who couldn’t shoot in college rarely come around in the NBA.

That has had Adam Simon, the Heat’s vice president of basketball operations, and his scouting staff studying the stroke of potential draft additions as much as their college stats.

“That’s not always the case,” Simon said of players such as Leonard, who during one season with the Spurs shot .443 on 3-pointers after one season at San Diego State shooting .205. “So that’s a very challenging thing to discuss, even amongst us, in our own room, having to say, ‘Well, we think he can become a better shooter.’

“It’s very hard for guys to go from being below-average shooters to very good shooters.”

While Robinson and Max Strus have delivered that element to the Heat in recent seasons, it has come while weighing such contributions against certain flaws of their games.

In this year’s draft, the Heat could have to weigh the opposite, all-round games that lack quality shooting percentage, from prospects in the No. 27 range such as Jaden Hardy, MarJon Beauchamp, Trevor Keels and Blake Wesley.

“Anyone can improve by developing their technique and reps,” Simon said. “But I think there’s guys that are born to shoot, that those guys are identified by. The guy that can’t shoot, I think it’s not as easy.

So even as the workouts wind down and as decision time looms, video continues to be assessed. No matter what the stats say, does the technique offer hints of shooting success?

“For years,” Simon said, “we’ve sent those to our shooting coach, to see what he thinks of the shot. And that’s a big part of the evaluation process.”

But waiting in the wings are two-way prospects Mychal Mulder and Javonte Smart, as well as developmental prospect Haywood Highsmith, all of who could mute the draft need for a shooter.

The Heat closed the season and playoffs a combined 32-2 when shooting 40 percent or better on 3-pointers, 32-34 when shooting worse.

So when it comes to the draft, if the Heat look in the direction of long-distance contribution, it might not be as much about who has a shot as who can give the Heat the best shot.

“I just look at it as who can help the Heat,” Simon said, “whether it’s in the near future or down the road.”