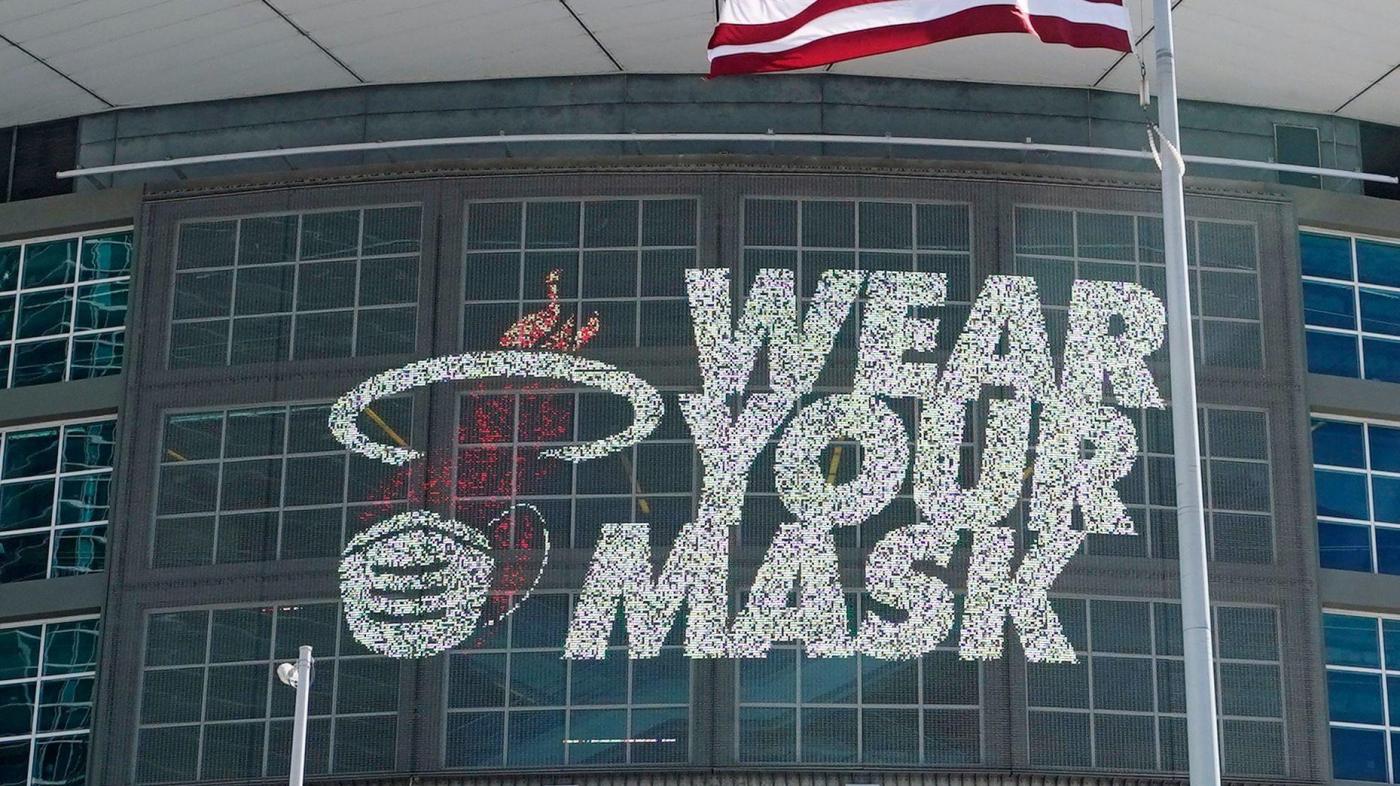 At times last season, stringent NBA testing rules combined with a COVID outbreak inside the team left the Miami Heat barely able to field a team, at one point forced to postpone a game when an eight-man roster could not be cobbled.

This season, based on the latest update issued by the NBA, it will be more of a don’t-cough, don’t-tell approach by the league.

With the start of the preseason less than a month away, the NBA released updated guidelines this week that no longer require COVID testing for vaccinated players, no longer require testing when new players are onboarded, but still require mandatory testing for players who display symptoms such as a sore throat or cough.

The Heat last season had to postpone their Dec. 29 road game against the San Antonio Spurs when a coronavirus outbreak within the team and other injuries left them unable to field the required eight players in uniform. That came after a scramble for players that included adding a forward from the Spurs’ G League roster merely due to proximity and creating a shotgun reunion with former Heat guard Mario Chalmers.

The Heat ended last season with all players meeting the NBA vaccination requirements. Since then, the only player added to the roster is first-round pick Nikola Jovic, who was subjected to vaccination/testing requirements for his travel to the United States from Serbia both before and after the NBA draft.

Spoelstra’s absence the final week of the regular season came after required testing to enter Canada for a road game against the Toronto Raptors. That requirement for those who enter by air has since been rescinded for vaccinated visitors to Canada.

The NBA last season allowed teams to exceed the 15-player standard roster with special emergency additions, with Chalmers, Kyle Guy, Chris Silva, Nik Stauskas and Aric Holman among those who filled those temporary roles for the Heat in 2021-22.

Last season was the first in three years that the NBA returned to a traditional 82-game regular-season schedule, after initially shutting down due to the pandemic in March 2020. That 2019-20 season was completed in a quarantine bubble-type setting at Disney World, largely in the absence of spectators.

With the NBA no longer mandating vaccination and booster updates, members of the Heat staff unable to work last season now are eligible to be back around the team.

The Heat open training camp Sept. 27. The team has yet to announce their COVID-related policies for 2022-23, with last season ending with eased masking policies other than the immediate proximity to the court.

Among other elements of the NBA’s revised COVID approach, with a copy of those guidelines obtained by the Sun Sentinel:

— Weekly testing for those unvaccinated commences Sept. 27, with continued testing on Tuesdays. A negative test in such situations for those unvaccinated will be required for “entering a team facility, traveling with the team, participating in team activities, or interacting in-person with players and team personnel.”

— Testing for those unvaccianted will not be required for those “recently recovered,” which is defined by the 2022-23 NBA policy as, “90 days from the date of their first positive or inconclusive test result.”

— Testing will be required for those vaccinated or unvaccinated if directed by team or league physician.

— Testing can be required in the circumstance of household exposure, a newly added player or international-travel requirement.

— Being considered “up to date” is defined as having received “all doses in the primary series and all boosters recommended for them, when eligible.”

— Under the collective-bargaining agreement, “If the player’s consent is not provided, teams are limited to disclosing that an injury, illness or other health condition is preventing a player from participating and that the anticipated length of the player’s absence is unknown.”

— Per the policy, “any member of a team’s Traveling Party who is unable to continue to travel with their team because they are in isolation should not travel home” unless cleared to return via alternate arrangements for return, such as driving or charter travel.