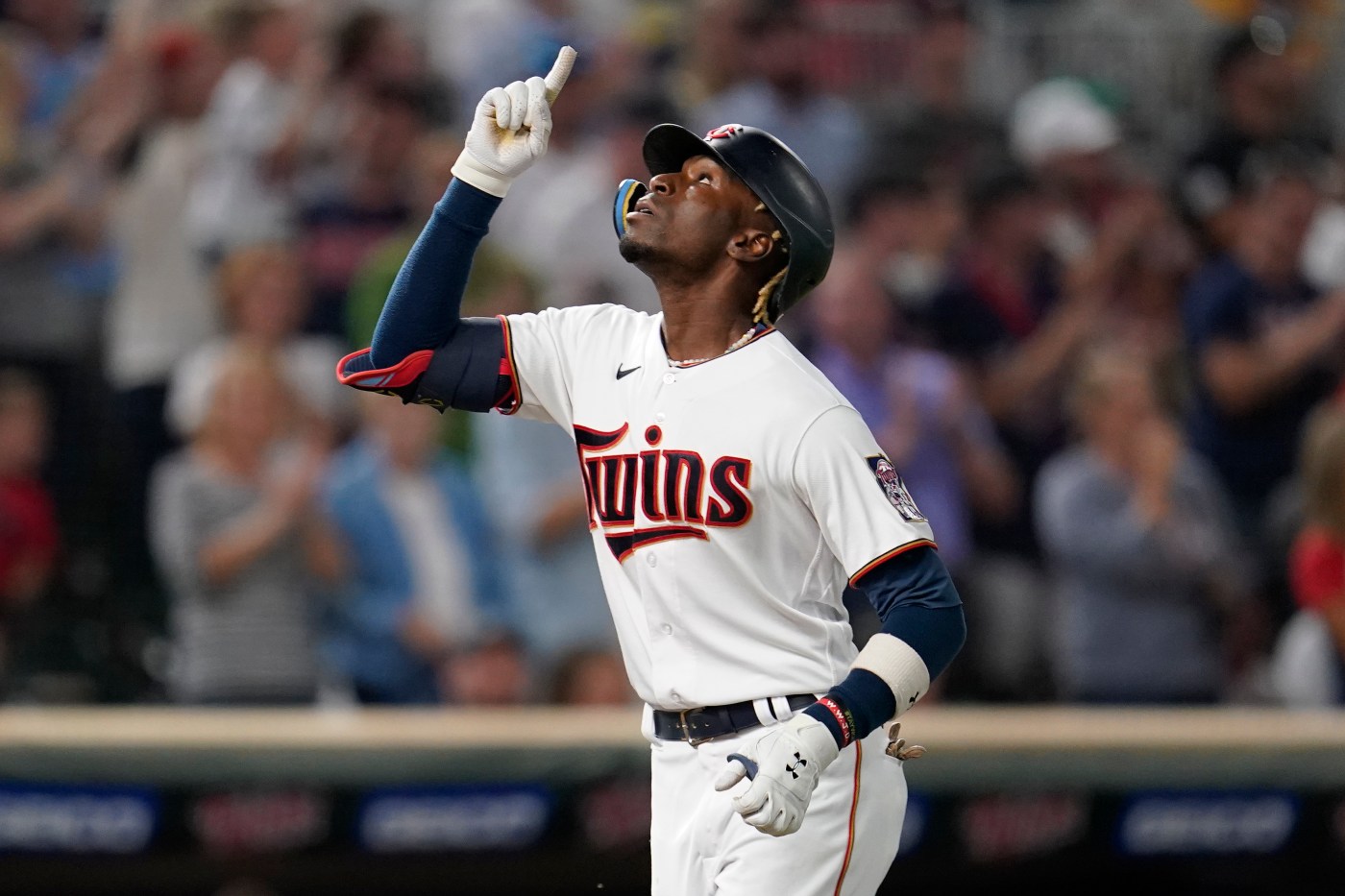 Nick Gordon trotted out onto the infield dirt by himself to take his position at second base ahead of the sixth inning. Instead of joining him, his teammates remained in the dugout, committed to letting Gordon have his moment.

Gordon wore a full smile while the public address announcer told the crowd of 19,909 people that he had just hit his first career grand slam. As the Target Field crowd roared, Gordon tipped his hat in acknowledgement. The show of appreciation came in the midst of a 10-5 Twins win over the Boston Red Sox, their fifth straight, in which Gordon drove in a career-high six runs, twice giving his team the lead.

“At first, I was like, ‘Oh man, where are the guys?’ ” Gordon said. “Had to make sure it was three outs. Then I looked back and — that was awesome. That was definitely an amazing feeling. I can’t really even put it into words.”

The idea came from Carlos Correa and Jake Cave, who both were telling their teammates to hold up before running out to their respective positions. After Cave saw Gordon go out first, he said he yelled, “No, don’t go! Don’t go!” at his teammates.

“I know how special those moments are,” Correa said. “We wanted him to soak it all in and enjoy it, especially now that we’re making a playoff push and we’re on the final stretch and final month of the season. He came up clutch, six RBIs today. We wanted him to enjoy that.”

Gordon, in the first inning, sliced a ball to the opposite field for a double, bringing home Max Kepler and Jose Miranda, who both had walked with two outs to give the Twins (67-61) their first lead of the night.

That two-run lead eventually grew to three when Cave tacked on a second-inning home run. Twins pitchers couldn’t hold the lead, though, running into some trouble in the middle innings — the Red Sox (62-68) scored four runs between the fourth and fifth innings.

But thanks to Gordon’s big swing, the Twins charged right back in the bottom of the fifth. After a missed catch by Red Sox right fielder Alex Verdugo, a walk and a hit by pitch, Gordon smacked an 0-2 98 mph fastball out to right-center field.

“I was just thinking ‘hit something hard,’ ” Gordon said.

Gordon’s trip around the bases featured plenty of celebration. As he ran, he gave the trucker salute, pumping his arm up and down, popularized by Byron Buxton. When he reached third base coach Tommy Watkins, he rotated his arm in a semi-circle and did a little skip while giving him a high five.

Correa was waiting at home for them to do their own unique handshake, and inside the dugout, Gordon slapped hands with all his teammates before reaching his good friend Buxton. The two gave the trucker salute to each other before sharing a high five and a hug. And just minutes later, a whole stadium full of people honored him.

“Those are things you remember always as a player. He’s not going to forget that,” manager Rocco Baldelli said. “He’ll never forget that, but the swing itself, it was magnificent. He squared that ball up with everything, and he hit it just the way he dreams about hitting them. That’s how it’s supposed to look. That was really nice.”

After the game, Gordon said he traded an autographed bat to get the ball back.

While it was Gordon’s night to shine, the Twins got offensive contributions up and down the lineup. Gary Sánchez finished with a pair of hits, including a home run to the third deck in right field while Luis Arraez and Correa each drove in a run in the eighth inning to help push the game out of reach.

The five-game winning streak comes after the Twins endured a six-game skid in which they dropped three games each to the Texas Rangers and Houston Astros. Their return home has coincided with better played baseball as the Twins have sliced into the Cleveland Guardians’ lead in the division.

“I think in the last six games, we’ve really shown the type of club we are — good starting pitching, great bullpen and an offensive that is one-through-nine capable of doing damage,” starting pitcher Chris Archer said. “Tonight was, I think, a full display of who we are as a team.”