NL East race is getting interesting as Braves, Phillies (and even Marlins) start making a charge at the Mets – Twin Cities 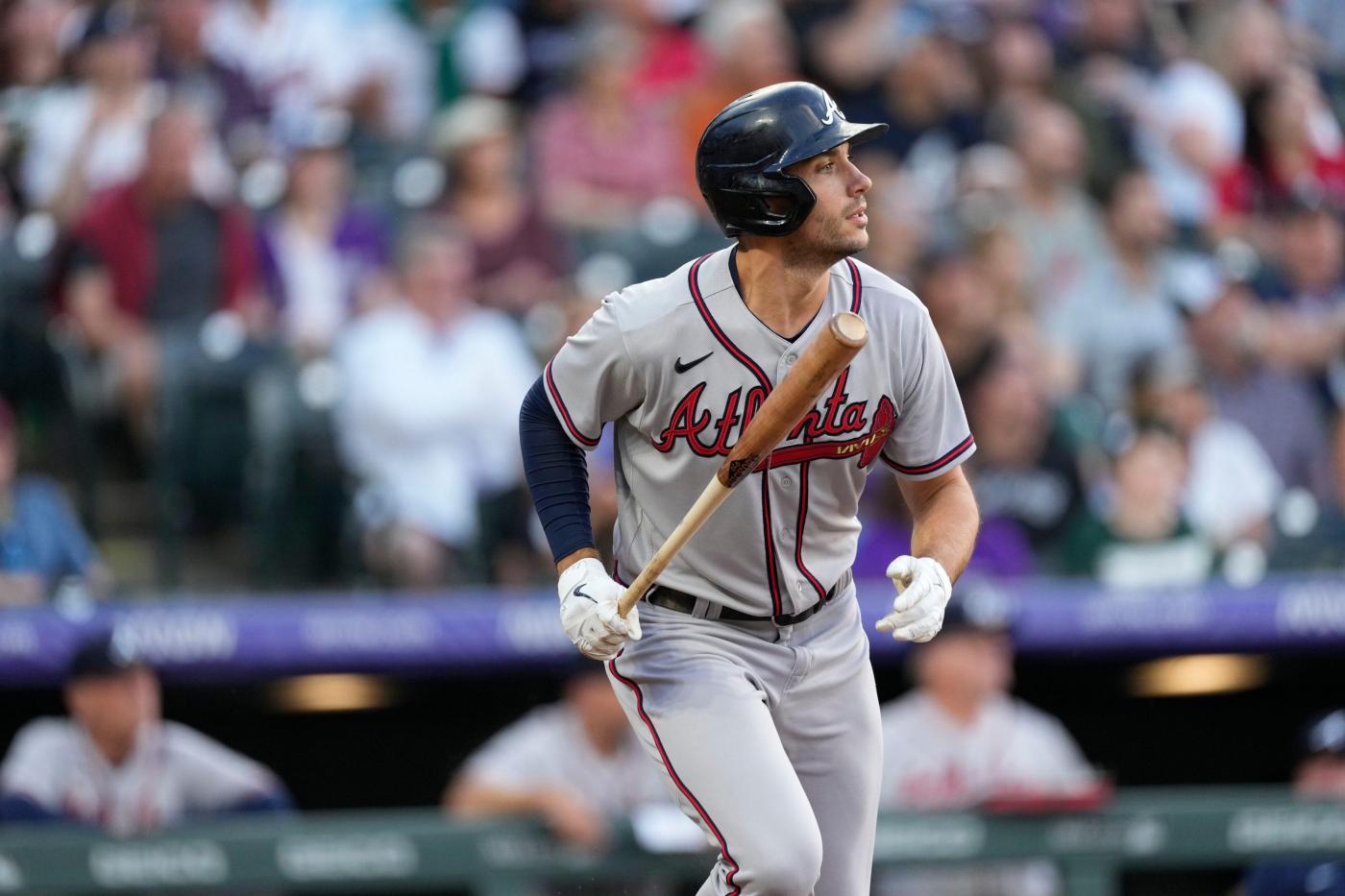 Don’t look now, but we might have a race on our hands.

The Mets still enter their weekend series against the Angels with a 6.5-game lead in the National League East, the largest cushion of any NL division leader. But the Phillies have rattled off seven wins in a row and are inching toward .500 again, while the Braves have done them one better. Atlanta charges into the weekend having won eight in a row to claim their spot in second place.

Even the Marlins are lurking beneath the surface. Miami, sitting in fourth place, has a better run differential and record against NL East teams than the Braves. The Marlins’ 6-3 start to June has made things more interesting, and the team also has Sandy Alcantara, who’s doing his best impression of Jacob deGrom’s first half from last year. Washington’s biggest impact on the 2022 season will come at the trade deadline when they decide who to get rid of.

With the teams in the Mets’ rearview mirror finally playing up to their capabilities, the division has a much different feel than it did just two weeks ago. At that point, the Mets were the only team in the East with a winning record. Atlanta’s hot streak has put them back in that club, and another good week from the Phillies and Marlins will make it even more crowded.

In other words, buckle up. On paper, the NL East is one of the most talented divisions in Major League Baseball. It seemed like only a matter of time until the rest of the teams in the division who are actually trying — the defending champs, a team with Bryce Harper, Nick Castellanos and Zack Wheeler, and the pitching-rich Marlins — would start showing their teeth.

For the Braves, the schedule gods have been on their side recently. The eight consecutive wins have come at the expense of the Diamondbacks, Rockies, A’s and Pirates. At 28-31, the D-backs have the best record of that quiet quartet. But the question was never if the Braves were a good team, it was when they’d remember. During their World Series year, Atlanta was still under .500 entering August, so a slow start is nothing new. Matt Olson, the team’s big upgrade and Freddie Freeman replacement, is turning things up too. In his last 21 games, Olson is slashing .262/.340/.488 with 10 of his league-leading 24 doubles coming in that span.

In Philadelphia, the month of June has been somewhat of a spiritual cleanse. Joe Girardi was fired on June 3 and the team has not lost since. During this momentous month in Philly, Harper has been living on another planet. The reigning MVP has been unable to play the field due to an elbow injury, and focusing only on hitting has had the anticipated effect for one of the best hitters of his generation. Harper has already destroyed five home runs this month, driving in 13 runs in six games. Right behind him on this month’s home run leaderboard is teammate Kyle Schwarber, who has four long balls in June.

The Phillies’ plan of bludgeoning the ball first and worrying about pitching and defense later is starting to pay off. By wRC+, the Phils have the fifth-best offense in the National League, behind some predictable big boys. The Dodgers, Mets and Giants rank in the top three spots, but the upstart Marlins are in fourth. Miami’s starting pitching has been solid as expected (the rotation’s 3.47 ERA is also fourth in the NL), but in addition to the unforeseen offense, another recent development has the Fish all swimming in the same direction.

Manager Don Mattingly called a closed-door meeting in the Marlins’ clubhouse on Tuesday, per the Miami Herald. The skipper wanted to give the team a chance to hash things out openly, rather than complaining behind each other’s backs, as had been reportedly happening. Marlins’ beat writers reported that much of the conflict stemmed from veteran players feeling like younger players were being unprofessional and failing to follow the team’s rules, both written and unwritten. Infielder Miguel Rojas told The Herald that the entire team, not just the twentysomethings, could get better at things like running out ground balls and getting to the ballpark on time.

Another report said that some Marlins voiced their opinions about how some players on the team dress. It doesn’t take a mathematician to put two and two together and realize that four is Jazz Chisholm Jr. The Marlins’ unapologetically flashy second baseman hit two home runs in the Marlins’ win on Tuesday, the day of the meeting. Afterward, he told MLB Network, “I have that tool that’s called, I don’t care. I just go out there and have fun.”

The Marlins have not lost since that meeting. Their fun could be briefly interrupted though, as they begin a brutal road trip on Friday that puts them face-to-face with the Astros, Phillies and Mets.

As for the Mets, they split the first six games of their nine-game West Coast tour. Wednesday’s 13-2 loss in San Diego was the worst of their season, but reinforcements are coming. Tylor Megill is coming off the injured list to provide some stability for the pitching staff. If the Mets — who also dodged a bullet when Pete Alonso and Starling Marte’s injuries turned out to be minor, not necessitating a trip to the IL — get the same Megill they had pre-injury, they stand a much better chance of maintaining their NL East lead.

But if things continue following the current trends, we may be in store for a heated hustle toward the division crown after the All-Star break.