‘Nobody else in baseball could make that play’ – Twin Cities 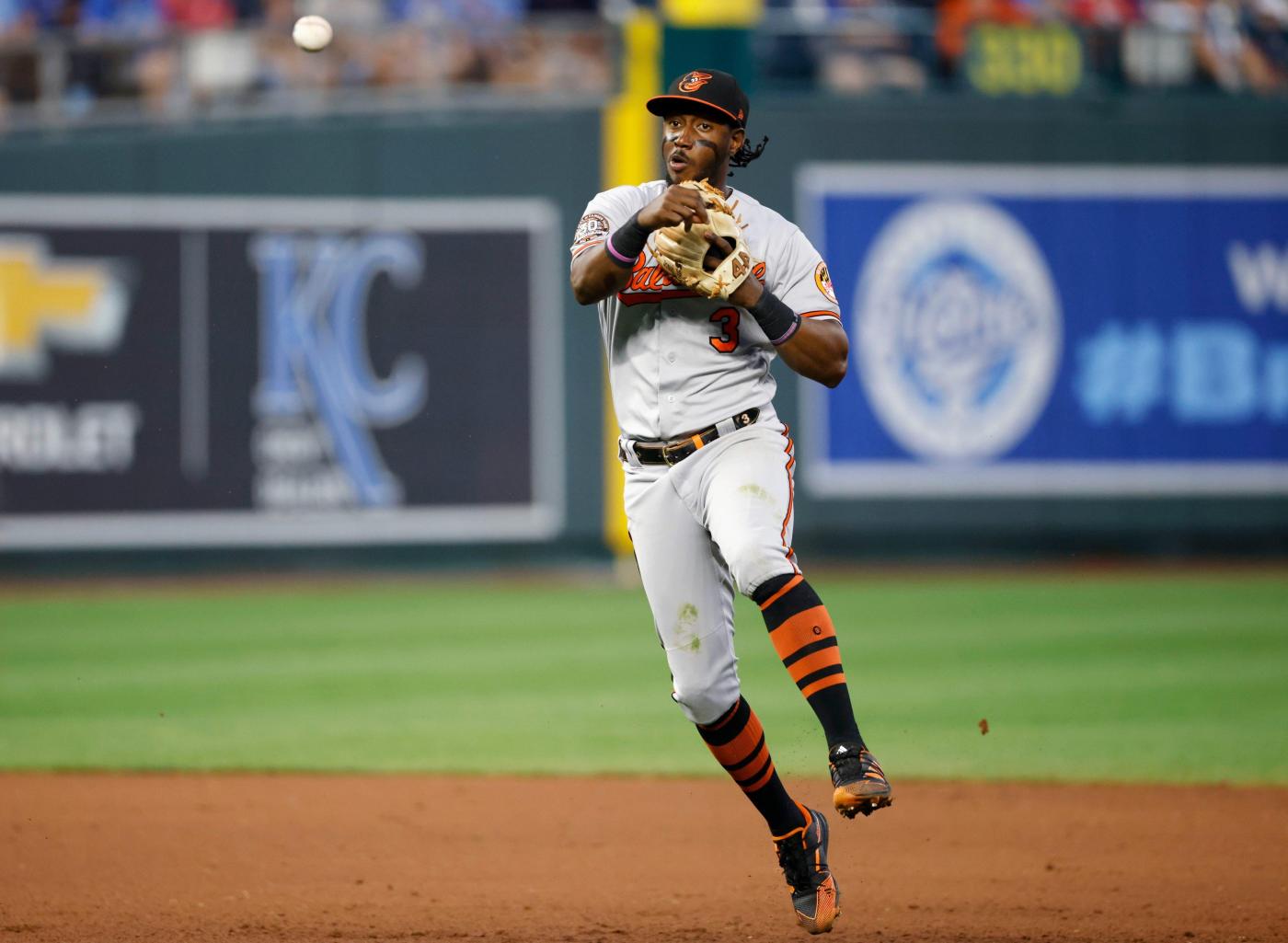 Even to those who watch Jorge Mateo play baseball every day, what the Orioles shortstop did was the sort of mouth-gaping, voice-rasping web gem that makes his teammates shake their head in wonder. In the ninth inning of a one-run game against the Toronto Blue Jays on Tuesday night, Mateo did what only he can do.

He charged a slow chopper, barehanded the ball and sidearmed it to first, nabbing a diving Bo Bichette, one of the most aggressive base runners in the league. By the time Mateo released the ball, his momentum brought him past the pitcher’s mound.

For a player who expects great defensive plays out of himself, even he was wowed by what he had just done — smacking his glove as his teammates yelled or gaped or did some combination of the two.

“Today was really impressive,” Mateo said after the 6-5 victory.

His teammates and manager agree, and they’ll say so more flatteringly. What makes the 26-year-old shortstop so talented in the field is two-sided. His speed allows him to get to balls hit almost anywhere in the infield, and his arm allows him to finish the play. He’s created so many standout moments that they’ve become expected, with each one seemingly one-upping the last.

Mateo was second in the league with 11 defensive runs saved entering Tuesday, according to Sports Info Solutions, behind Pittsburgh Pirates third baseman Ke’Bryan Hayes. Given the moment in Tuesday’s game — a one-run lead against the top of Toronto’s order — Mateo could be in line for a bump in that stat.

“That was game-changing,” said manager Brandon Hyde, thankful for a less stressful ninth inning. “Just an unbelievable barehand play with a fast runner.”

“He’s an amazing fielder,” said Ryan Mountcastle, the first baseman on the receiving end of the throw. “I don’t know if he gets the credit he deserves, but he’s amazing.”

“Those are game-saving plays,” said third baseman Tyler Nevin, the closest player on the field to witness Mateo’s heroics.

“Nobody else in baseball could make that play,” Hays said. “Maybe [Los Angeles Dodgers shortstop] Trea Turner is fast enough. Maybe. But nobody is fast enough to get to that ball that quickly.”

It left Hays “yelling as loud as I could from the outfield,” and he wasn’t alone. The thing about Mateo is this: He doesn’t practice the standout plays. Or at least, when the opportunities arise in games, all else fades away besides his instincts and reactions.

His main focus during warmups are balls hit right at him. Each day before the game, he’ll get on both knees on the edge of the field and practice picking grounders to his left and to his right as they’re hit by a coach. It’s those repetitions that are important. The rest will take care of itself.

Of the eight errors Mateo has made this season, the vast majority have come on what he’d consider routine plays. It’s the only knock on Mateo as a defender, and he recognizes it.

There are times when a ball is hit right at him that he can take it too casually. He cherishes the difficult plays, ranging far before firing a throw across his body. So to wait and step and throw can lead to a momentary loss of focus.

“When it’s a routine play, sometimes you take it easy, you know?” Mateo said. “The ball’s coming right to you. That’s when the error comes. Just put your mind, the routine plays, you’ve got to do it.”

But those blips don’t overshadow the strengths of having Mateo patrolling shortstop, and he’s shown it throughout the season.

Against the Cleveland Guardians last week, Mateo snared a one-hopper deep in the hole between third base and shortstop, then fired an off-balance throw across his body. The ball bounced twice but beat Oscar González to first. He made a diving stop up the middle against Kansas City, a spinning throw against Cleveland. Against St. Louis last month, he fielded a grounder, sprinted several steps to second and placed his leaping throw on the money for one of his 40 double plays.

“The range factor is incredible,” Hyde said of Mateo, who is tied with Turner for the second-fastest sprint speed in the majors this season at 30.3 feet per second, according to Statcast. “What I’ve enjoyed to see this year, which I didn’t really see at the end of last year or in spring training, is how strong his arm is throwing from different arm angles. He not only can get to the ball quickly and with great range. But how fast he can get rid of the baseball from different angles with arm strength is rare and impressive.”

On Tuesday night, the bouncer from Bichette tends to be a play a third baseman would come across to field. They have the angle toward first base and can cut a ball off more easily. But when Nevin ranged to his left, he saw Mateo charging and did the smart thing — he left the ball for the young shortstop.

It led to what Mateo considers to be his best play of the season, although he has plenty of options to choose from. And he’ll have plenty of competition the rest of the way as he continually outdoes himself.

Binance, the world’s biggest cryptocurrency exchange, is seeking a license to operate in Japan, four…