‘Nothing bigger than that series’ – Twin Cities 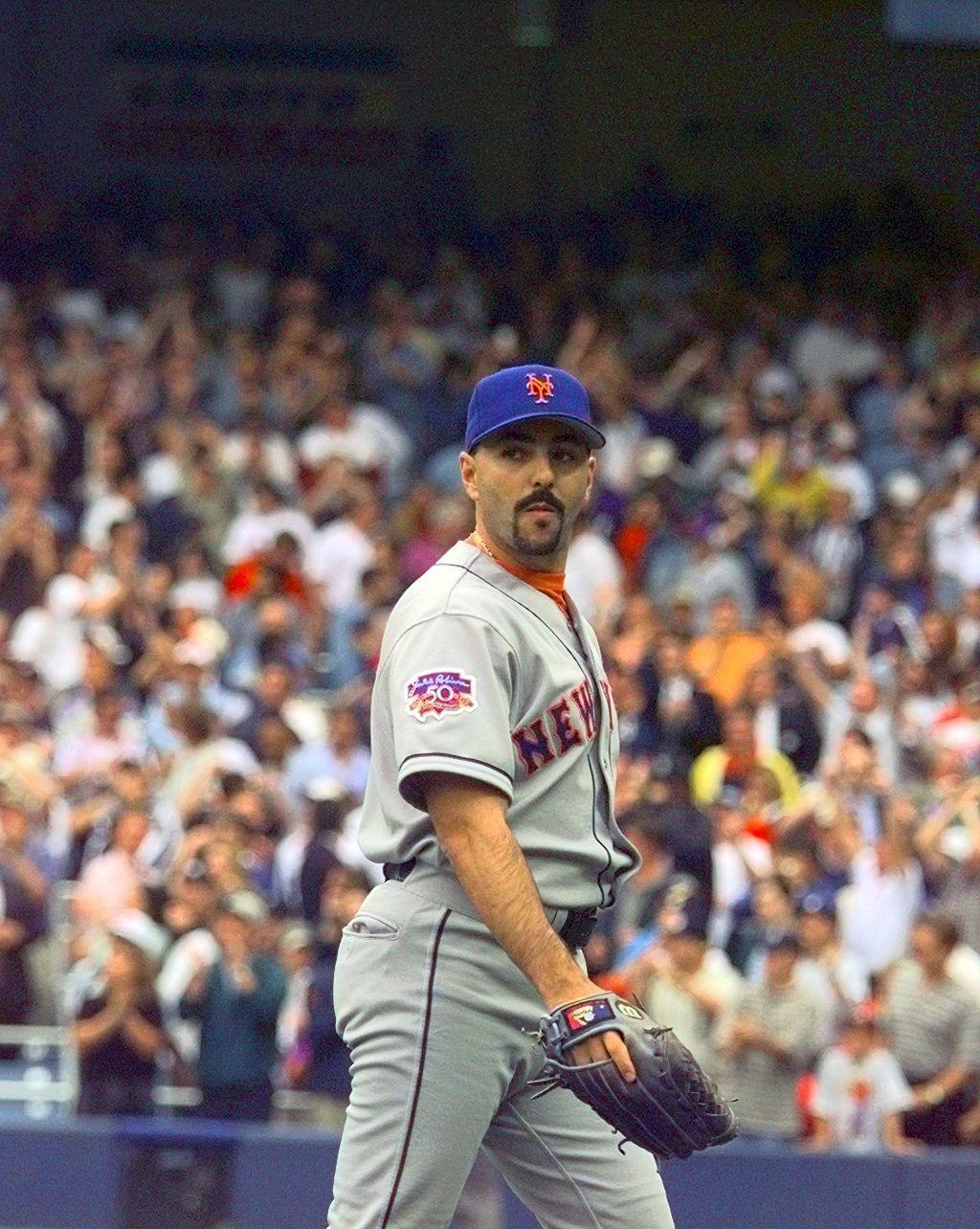 Twenty-five years ago this week, the Mets and Yankees played for real for the first time, games that counted not just in fans’ souls or owners’ minds, but in the standings, too. The birth of interleague play, which has offered annual bragging rights ever since — sometimes over someone in your own home — delighted this city, crystallized a backyard rivalry and started a tradition of compelling baseball between the teams, no matter their fortunes.

In a three-game Subway Series at Yankee Stadium from June 16-18, 1997, the Mets won a surprising opener behind Dave Mlicki, an unheralded righty who threw the first of two career shutouts. But the Yanks took the final two games, the finale on a walk-off single by Tino Martinez against a Met who grew up in the city and still calls it home. Talk about narrative.

Three sellout crowds never stopped howling. A total of 168,719 jammed into the old ballpark for this newfangled concept. The Mets aspired to make a statement against Derek Jeter, Joe Torre and the defending World Series champs. The Yankees were looking for, at least, the relief that a series victory would bring.

This year’s Yankees and Mets don’t meet for the first time until July 26-27 at Citi Field. Whet your appetite for the rivalry with a trip back to the first time it mattered, 25 years ago, in the words of some of those involved.

Brian Cashman (Yankees assistant GM at the time, now the GM): “When we played them, especially early on, it was for all the marbles. That was the height of the George [Steinbrenner] era. He killed us about the Mets. Bottom line was, you could not lose to them. You’d lose the city. It was about making sure we kept them down.”

Bobby Valentine (Mets manager): “It kind of marked us, let the Mets come of age, I think. We probably weren’t quite ready for it, but we were close, and it was spectacular. We wanted to treat it like another ballgame, which it wasn’t. It was just another game … Not really!”

Todd Hundley (Mets catcher): “When the first game started, every single pitch, it was cheering or booing. Every single pitch. You’re thinking, ‘Maybe this will last a couple of innings.’ It went the whole series.”

David Cone (Yankees pitcher): “It was unique — Yankee Stadium filled up with almost half Mets fans. That had never happened before.”

Valentine: “We dressed at Shea Stadium — didn’t think it’d be safe to dress [at Yankee Stadium] and have our cars there, in case we won. We had a motorcade to get to the Bronx. We stopped all the traffic during rush hour, our buses scooting down the highway. As we approached the Stadium, all the people were along the streets. It was amazing.”

Mlicki, who finished his 10-year career with a 66-80 record and a 4.72 ERA, had hoped since the schedule came out that he’d be a part of it. A week before the opener, Valentine told him he was starting against Andy Pettitte. The Mets scored three runs in the first inning— for one of them, Hundley stole home while the Yanks had Butch Huskey in a rundown — and Mlicki threw a nine-hit shutout in a 6-0 win that left both teams 37-30. Mlicki held the Yankees to 0-for-11 with runners in scoring position. At one point afterward, Jeter asked reporters to confirm how to pronounce Mlicki’s surname.

Mlicki: “Walking in the Stadium, I can still smell it and see it. It was my first time there. I went out to Monument Park, walked through, thinking of all the players that were in that building. It was 15-20 minutes to clear my head. I was super nervous and so excited, but eerily calm, too. I had a ton of confidence that day. Who knows why?”

Valentine: “Dave had a great curveball. He was throwing it for strikes and when it wasn’t a strike, they were still swinging. He didn’t have command most days. That day, he did.”

Martinez: “He was not an overpowering guy, but he was pinpointing his pitches. His curve was good. He wouldn’t give in and give us a chance.”

In the ninth, Mlicki gave up three hits, but the Yanks still couldn’t score. Some in the crowd were chanting, “Let’s go, Mets.” On the mound, Mlicki thought, “This is awesome.” He struck out Jeter for the final out and then did so many post-game interviews that he missed the Mets’ bus; he shared a $50 cab ride back to Shea with Jay Horwitz, then the Mets’ director of media relations.

Mlicki: “I went out on the field for one last interview and the Stadium was empty. I grabbed a scoopful of dirt from the mound. I have that dirt with the ball from the last out, the one I struck out Jeter with, in a little case in my basement. The next morning, I got up — we lived in Bronxville and we’d always go to a diner. I went with my wife, Annie, and so many people there were talking about the game. They had no clue I was there. We were both kind of smirking. The next day was surreal — I remember giving an interview and Cone runs by and says, ‘Nice game.’ I didn’t even know he knew who I was.”

Valentine: “After the first game, incredibly, I got a handwritten note from George on his white stationery. It just said, ‘You should’ve taken my offer. Great job getting here.’ I still have it somewhere. I don’t think I told anyone at the time that he actually did that after his team lost. He had offered me a job to manage his rookie league team 100 years before. I had just opened my restaurant in Stamford. I couldn’t go. Every time I saw him the next 15-20 years, he said, ‘Bad decision.’”

Game 2, a 6-3 Yankees’ victory in which David Wells threw eight innings and Mariano Rivera closed, was less memorable. There was a backdrop of drama, though — Wells had to make up with Torre and pitching coach Mel Stottlemyre before the game. They were angry that he had gotten ejected after one inning in his previous start, a game that was eventually rained out. Against the Mets, Wells survived a third-inning scare in which he nearly let a four-run lead slip away. After he gave up a two-run homer to Bernard Gilkey — the first homer in Subway Series history, trivia fans — he retired 15 straight.

Martinez: “Wells did that a lot for us, if he had a bad outing or there was something negative, he always came out to prove a point.”

In the third game, Cone took a no-hitter into the seventh inning and the Yanks led, 2-0, on homers by Chad Curtis and Cecil Fielder. John Olerud led off the seventh with a double to break up Cone’s no-hit bid and Olerud eventually scored on a Carlos Baerga grounder. One inning later, Cone balked in Steve Bieser from third and the score was tied.

Hundley: “I remember thinking, ‘Coney is going to no-hit us. This can’t happen.’”

Cone: “If I could’ve gotten by Olerud, maybe it could’ve been interesting. And, being a former Mets pitcher, it meant a lot. We were all aware that no Met pitcher [at the time] had thrown a no-hitter. That thought ran through my mind, maybe throwing one against them.”

In the bottom of the 10th, the Yankees put runners on first and third with one out against Greg McMichael. Franco, born in Brooklyn, came in to face Martinez and Martinez rapped a single to left, ending the series.

Franco: “I made a nice pitch to Tino. You tip your cap. I’d be lying if I told you it didn’t mean anything to me. It was the Yankees, not another game.”

Martinez: Johnny had great stuff. I told myself, ‘Don’t try to pull him. Just hit a ball hard the other way.’ I didn’t crush it, but I hit a line drive. I knew the game was over. It was a relief.”

Jeff Nelson (Yankees reliever): “It was probably a relief for Torre that we won the series. He wouldn’t have to hear from George, his displeasure.”

Cone: “There was definitely relief for me. You don’t want it to be known as the Balk Game. Here I am, trying to throw a no-hitter, and then I balk in the tying run. Tino’s hit took the narrative away from that. And winning the series took pressure off us.”

Valentine: “After the third game, I got another note from George. It said: ‘The best team won. Good luck.’”

Mlicki: “I still get fan mail about it. The other day, someone sent the back page of the Daily News and they wanted me to sign it. I have a copy of that back page in my basement, too.”

Valentine: “There was nothing bigger than that series, at that time. Nothing more explosive than the talk radio — this was right in Mike and the Mad Dog’s sweet spot. Dueling newspapers, the back pages were still the place to go.

“Those beginning days of the Subway Series were timed perfectly.”