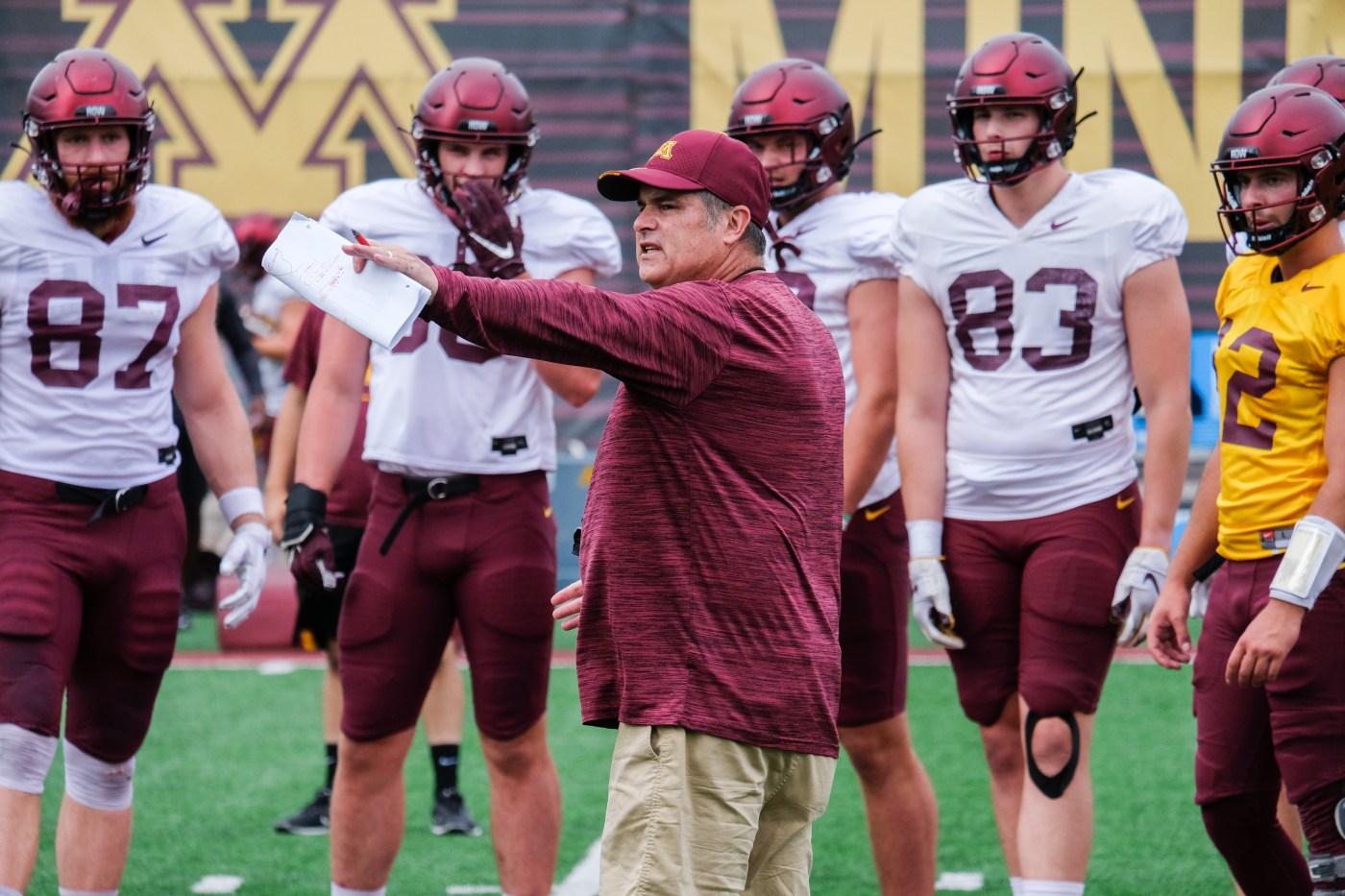 When it comes to the Gophers football team’s run-pass “balance,” head coach P.J. Fleck will always have a thumb on the scale.

Fleck’s affinity to run the ball has been the foundation of his Minnesota offenses since he took over in 2017. But last year’s commitment to keep it on the ground felt like an anvil.

Minnesota ran the ball 70 percent of snaps last season; the median team in college football ran the ball 54 percent of the time. No Power Five program passed the ball fewer times and only three service academies — Army, Navy and Air Force — did it less. And that trio’s mission is to run, run, and only pass when absolutely forced to do so.

The Gophers passing game managed only 162 yards per game (118th in the nation) compared to 198 rushing yards (27th in the country). Their total offense was around 100th in the 130-program FBS.

After the regular season, Fleck didn’t retain offensive coordinator Mike Sanford Jr. and brought back Kirk Ciarrocca, the U’s former OC from 2017-19. Ciarrocca was Penn State’s OC in 2020 and an analyst at West Virginia in 2021.

Ciarrocca said two weeks ago that his philosophy on balance has remained consistent since his first major OC tenure at Delaware from 2002-07.

“If we need to run for 300 yards to win the game, we will run for 300 yards. If we need to throw for 350 and run for 150, then that’s what we will be able to do. That’s always been the mantra,” Ciarrocca said. “When I’ve been in charge of offenses that have been really good, that’s what we’ve been able to do with it. But I also think you have to play to your strengths and try to limit your weaknesses.”

At Big Ten Media Days in July, Fleck pointed to last year’s strength being its big and experienced offensive line. The Gophers were successful despite losing five running backs during the season and they had a handful of top receivers miss extended time.

“We still had one of the best offensive lines in the country, so we had to make the game shorter,” Fleck said in Indianapolis. “We had to run the ball a little bit more. We had to do what we had to do to find ways to win games.”

Opposing defenses game-planned for Minnesota’s imbalance and the U faced nine-man boxes on the fifth-most snaps (120) in the country a year ago, according to CBS Sports. Keeping defenses guessing more will help the Gophers achieve their primary goal: winning the Big Ten West Division.

The Gophers’ offensive line has four new starters and will go into the season with a rotation at right tackle. What that unit will be good at is still to be determined, but Ciarrocca said despite the turnover, they will need to run their offense efficiently.

Minnesota does figure to have a better complement of pass catchers, with Dylan Wright developing after his first real season and the expected breakout of 6-foot-7 tight end Brevyn Spann-Ford.

“I’m still figuring out this group to be quite honest with you as far as where are we going to be,” Ciarrocca said.

He didn’t say what they are going to be. With the Gophers’ best offense of the Fleck era in 2019, they still ran the ball on 63 percent of plays, and their five-year average, including Sanford’s two seasons, is 65 percent.

Coming off the 70 percent mark to something closer to 65 or 63 might be the difference between winning the West and coming up just short yet again.