The Glacier Investment Summit started on an upbeat note on Thursday morning with the first presentation by Madalet Sessions, portfolio manager at Denker Capital, who stopped just short of promising investors stellar returns over the next few years.

“Circumstances are similar to the 1980s when the Dow Jones hit a low on 12 August 1982,” says Sessions. “It was trading on a low price-earnings ratio just shy of eight times. Since then, the US market has increased 47 fold.

She believes the world is in a similar situation today, presenting figures that show remarkable similarity to 1982 – markets tumbled as the sharp rise in global inflation caused central banks around the world to increase interest rates to reverse the decades of low interest rates.

“Inflation in the US increased from below 4% in the late 1960s to 12% in the early 1980s. Markets tumbled. High inflation is not good for asset markets,” says Sessions.

A look at the recent behaviour of stock markets around the world shows that investors are probably facing the same situation.

Inflation has spiked higher worldwide, so much so that the world breathed in relief when the US announced on Wednesday that inflation declined slightly – to ‘only’ 8.5%.

US markets spiked immediately as investors moderated their negative outlook, from expecting very high interest rates and low economic growth, to a slightly better view that inflation will recede more quickly before contractionary economic policies curb growth too much.

“Remember, investor returns are simply what companies can earn,” says Sessions, explaining that companies can only deliver good returns if the economic environment allows company profits to grow.

The performance of stock markets around the world indicates that investors expect a difficult economic environment, largely due to high interest rates curbing growth, as well as the lingering effects of the Covid-19 lockdowns.

Sessions quotes interesting statistics to show that things can turn around quickly.

“It was unprecedented that SA markets performed much better than world markets in the first quarter of 2022,” she says.

However, things changed quickly in the second quarter when US investors probably realised they were being way too negative. By the end of June, US and world indices recovered nearly all their losses of the first few months.

In contrast, the JSE gave back a lot of its gains. “SA did not have enough momentum on its own to weather the storm,” says Sessions.

“Looking at asset markets, investors haven’t decided which direction the inflation rate will go. The future is uncertain,” says Sessions, hinting that opportunity lies in this uncertainty.

The key is whether inflation will subside quickly or take years to reach acceptable levels.

“Global inflation is running really hot, causing slower growth and the risk of a recession. Inflation can be seen as a signal of political, economic and policy uncertainty, and even poor fiscal policies.

“Investors need to take a view on how long monetary policy authorities around the world will keep interest rates high, but interest rates are not the only solution.”

She refers back to markets’ history again, saying that high inflation in the previous century signalled the need for reforms, and that reforms in the US were behind the strong recovery in asset prices and wealth creation. “Fiscal reforms happened in the US in the form of changes to government spending, tax reforms and deregulation.

“We can only hope that central authorities around the world will not focus all their policies only on curbing inflation, but that policy makers will also take steps to unlock growth in their economies.”

“There are positives, such as a new approach to [solving] the problems at Eskom. But the troubles at Eskom were evident [from] 2007 and we did nothing for 14 years.

“I am concerned that SA cannot take the necessary steps to enable strong growth.”

She points out that the economy will only grow if investors feel secure enough to invest capital with the expectation that they will be able to generate returns.

“A big problem is that government wants to be involved in every decision a company makes, and it wants to control infrastructure.

“Reform in SA is not impossible, but [is] difficult due to vested interests such as politicians, bureaucrats and unions.

“We also need global tailwinds, without relying only on luck. Our strategy seems to be one of doing nothing, and it worked,” she says, referring to the recent commodity boom that brought economic growth and an unexpected windfall of tax.

On balance, Sessions presented a good case for embracing the opportunities the current uncertainty in markets presents.

“Asset prices are low. Look at the fundamentals and invest for the long term,” she says. “The future has not been written yet.” 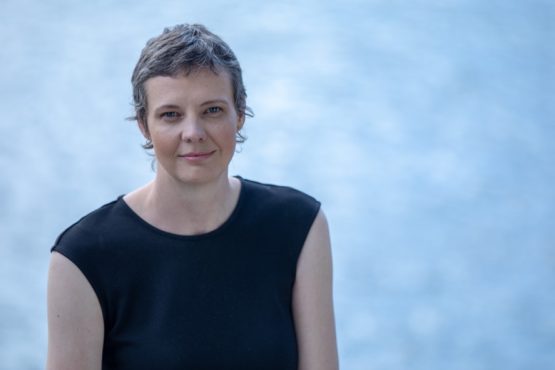 Investors’ views on inflation and how soon it will be controlled will ultimately determine returns going forward.

Alternatively, the view is one of how quickly the world recovers from the major events that caused high inflation – Covid-19 supply bottlenecks and the Russia/Ukraine war.

Celebrity event planner Colin Cowie is the “lifestyle specialist” for the spot, with menus by…