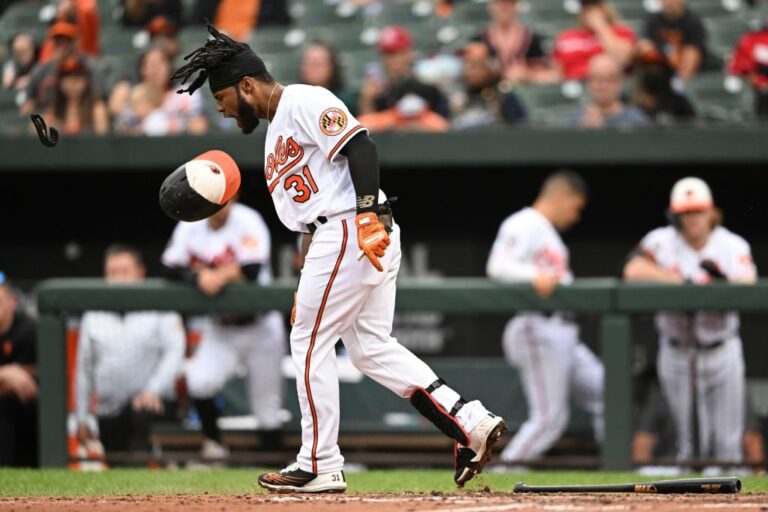 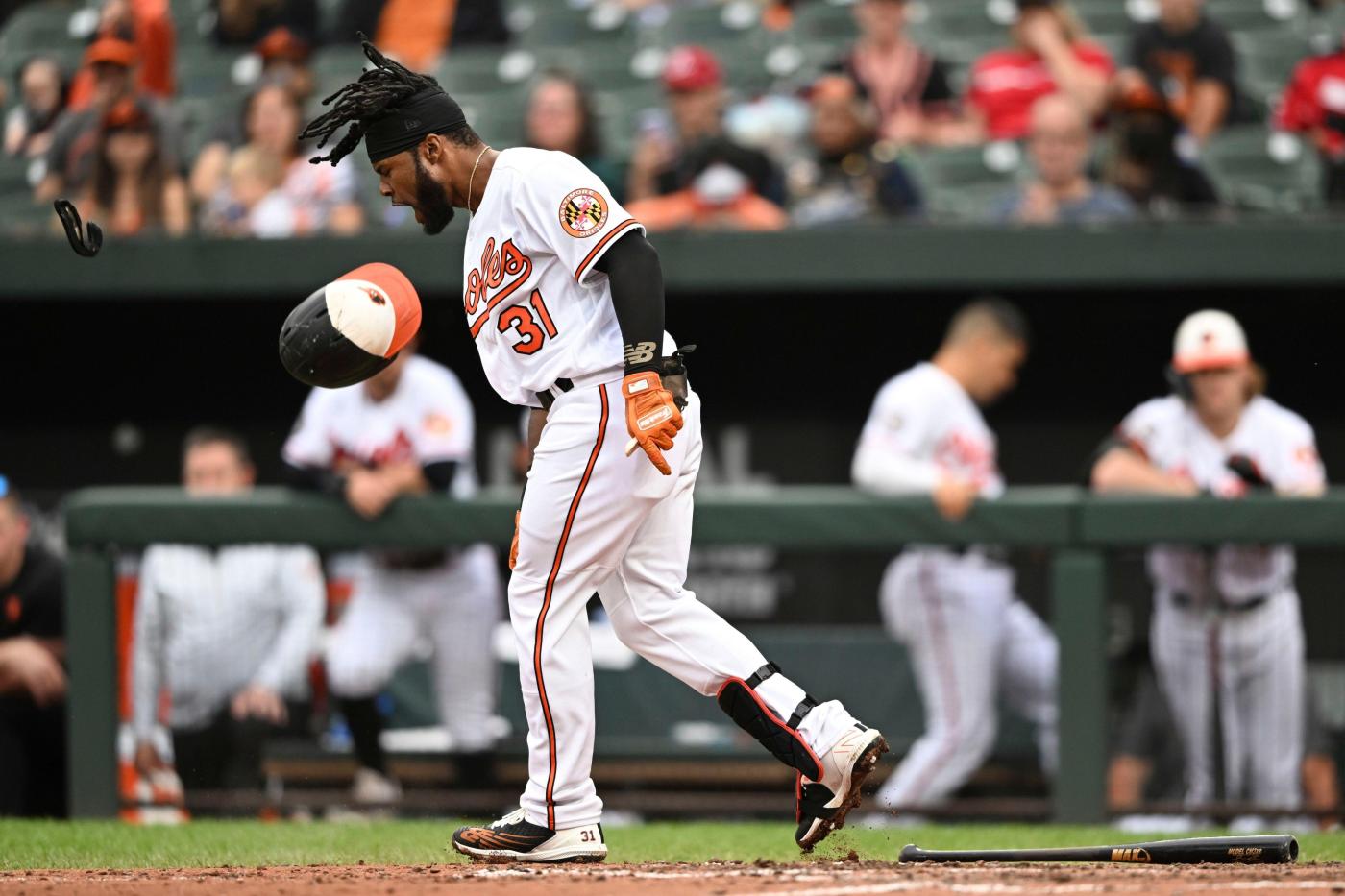 Rougned Odor came up clutch twice Sunday, producing when the Orioles most needed him. But when a laser left his bat in the eighth inning, he took three slow steps out of the box, watching the flight of the ball before breaking into a run.

By the time Odor began to hustle down the baseline, the ball off his bat banged off the top of the out-of-town scoreboard in right field, narrowly denying him of what he thought could’ve been a home run. The tying run had crossed but the second baseman stood on first rather than second.

There was plenty of more baseball to play, but the baserunning gaffe proved costly in Sunday’s 6-3 loss to the Houston Astros in 11 innings, which ended the four-game series against the American League’s best club in a split.

The implications of Odor, who had a pair of game-tying hits, watching rather than running right out of the box is what might’ve led to the extra-innings collapse, with Houston scoring four runs off left-hander Keegan Akin and right-hander Joey Krehbiel in the 11th inning to create the necessary separation.

“Just made some mistakes,” manager Brandon Hyde said. “I felt like we were made young team mistakes the last couple games late in the game.”

In the eighth, when Ryan Mountcastle lashed a double into right-center field, Odor drove him in with that hard-hit ball off the right field wall. The game was tied at 1, and Odor let out a fist pump and a yell toward his dugout. But he might’ve scored on Kyle Stowers’ single in the next at-bat, and he would’ve likely scored on Jorge Mateo’s infield single one at-bat later had he reached second on his game-tying hit.

Instead, the inning ended with bases loaded, Odor on third and the game still tied. And it remained that way into extra innings before an eventual collapse — four of the first five Astros reached safely in the 11th, with the one out a sacrifice fly to score the first of the four runs.

“I hit it off the end of the bat,” Odor said. “I was just trying to see if it was gonna stay in the park or not.”

When asked about the play, Hyde said: “I haven’t talked to him about it.”

Baltimore had enough to overcome two deficits — first in the eighth and again in the 10th. With Trey Mancini at the plate for Houston, a wild pitch from right-hander Dillon Tate brought home Yuli Gurriel from third. Mancini later doubled off the top of the left field wall, falling victim to the new dimensions for the final time this year.

By staying in the yard, Odor drove in the Orioles’ second run of the game, serving as the late-game stoic for a second time to level the score.

“I like those situations,” Odor said. “I think those situations are what everybody wants when we’re hitting. Just trying to stay calm and try to stay in the big part of the field, and that’s it.”

But a third comeback was out of reach, even as Cedric Mullins got one run back with an RBI single in the 11th.

Hours earlier, a 46-minute rain delay came at the right time for Baltimore, knocking Astros right-hander Cristian Javier out of the contest after he faced the minimum through six innings and didn’t allow a hit until the fifth.

Javier struck out seven of the first 12 batters he faced, then finished with eight strikeouts overall. And by holding the Orioles scoreless, he extended his scoreless innings streak to 20.

“We definitely had problems with Javier; only had one hit going in there into the seventh,” Hyde said. “Nice for us to scratch a run, get a run in the eighth. But then just wasted opportunities again the ninth and the 10th inning for us to be able to win the game.”

But even with so little offensive production, right-hander Austin Voth kept the Orioles in the game. He gave up his lone run on a third-inning sacrifice fly, securing his ninth straight appearance with two runs or fewer scored against him.

The Astros broke through against the bullpen for the second straight game, though, capitalizing on a disastrous inning from Akin and Krehbiel. With just 10 games to play, the Orioles find themselves four games behind the Mariners, who blew a nine-run sixth inning lead and lost to the Royals, 13-12. Seattle, however, holds the tiebreaker over Baltimore, which complicates matters with time running out.

The remaining 10 games for the Orioles aren’t easy, either, beginning with four against the Boston Red Sox before traveling to visit the New York Yankees. To end the season, Baltimore hosts the Toronto Blue Jays, and while those three series play out, the Mariners aim for a magic number of seven to guarantee a playoff spot at the Orioles’ expense.

“Anything can happen,” Voth said. “We’re right there. We’ve just got to come out tomorrow and keep fighting, and this team has a lot of fight. I’m excited for this next series.”