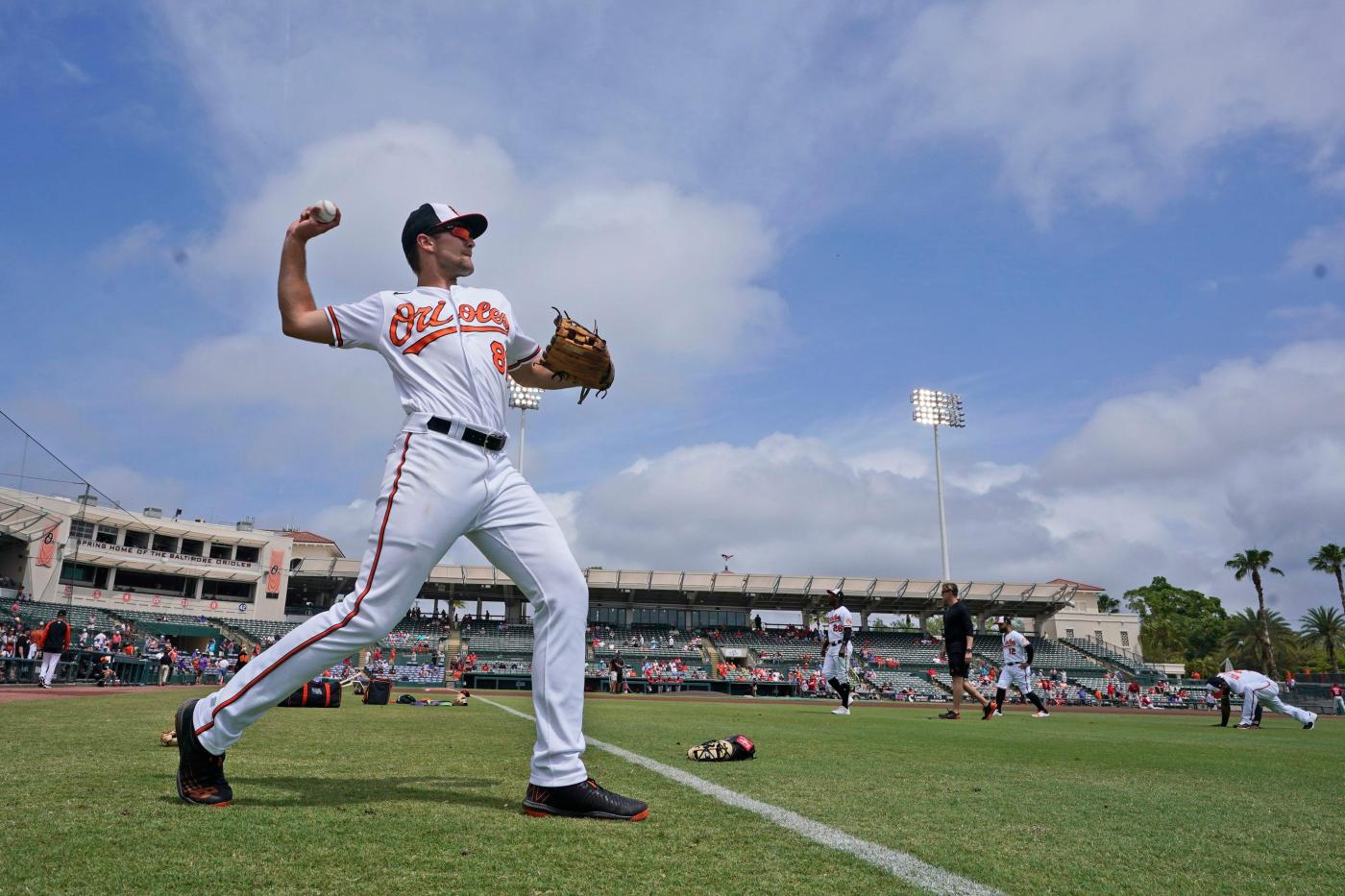 The Orioles’ hitting development program is built around the concept of challenging players, with the pitching they see in practice living up to or surpassing the difficulty of what they see in games. And early on in his first full season, Colton Cowser certainly felt challenged by both.

Despite having premier bat-to-ball skills that made him the fifth overall draft pick in 2021, Cowser instead struck out more than 30% of the time over the season’s first two months with High-A Aberdeen. Instead of being aggressive on offspeed pitches in the zone early in the count, he would fall behind, overexpanding with two strikes. He was learning to adjust to pro ball, still searching for a sleep schedule better suited for that lifestyle than that of a college student.

“Beginning of the year, I really felt like my approach was kind of gone,” Cowser said. “And then as time went on, I slowly got back to it, just trying to see ball, hit ball.”

It paid off. In his final month at Aberdeen, he posted a strikeout rate 10% lower and an OPS 90 points higher. He earned a promotion to Double-A Bowie, where he erupted with a .341 average, 1.037 OPS and 10 home runs in 49 games. The last of those came Sunday, with his final swing with the Baysox a walk-off home run before being promoted Monday to Triple-A Norfolk, where the 22-year-old will end his first full season.

“I was probably just trying to do too much,” Cowser said recently in Bowie. “First full pro season, trying to go in there and make a splash pretty immediately. And I realized what I would I do, just doing my own game, is already enough and a little bit more.”

That applied in his preparation, as well. Cowser, an outfielder ranked as the organization’s No. 5 prospect by Baseball America, participated in the mixed batting practice sessions that are common in the Orioles’ farm system, where coaches throw a full repertoire of pitches, but he found that he was better served seeing alternating rounds of fastballs and sliders, honing in on the shapes of each.

Cowser also wanted to ensure that he continued some of the drills from his amateur career. In three seasons at Sam Houston, he hit .354/.460/.608 and walked more than he struck out. He’s made sure to incorporate parts of his routine then into now, including one-hand work and hitting tossed batting practice, before moving into the more intense preparation the Orioles prescribe.

“I’m not saying that I’m anti-whatever we’re doing, but I think it’s good to find a balance because sometimes, it feels like ‘OK, well if I did this in the past and had success, why throw it kind of out the window?’” Cowser said. “I think it’s good to have communication. I think over time, since probably after the first month, I started having that open communication, and I think that it’s helped especially because we have a great hitting staff and great development program, and you just want to be open with them and not not be coachable. But they’re bringing things to the table that I haven’t seen before, and so it’s good to mix both of them in.”

That desire for balance applies to many aspects of Cowser’s game. He’s dealt with some physical “wear and tear,” he said, and lost about 10 pounds over the course of the season, down to about 205. After an initial couple of weeks of rest this offseason, he hopes to achieve a weight that allows him to add both speed and strength.

In Aberdeen, he supplied mostly the former, with 16 steals against four homers. He went deep 10 times for Bowie while stealing only two bases. Still, the combination means that he’s in reach of a 20-20 season should he have a strong final month with Norfolk.

Being there, of course, puts him on the precipice of the majors, aligning with executive vice president and general manager Mike Elias saying after the draft Cowser had the potential to be a fast riser in a deep system. After a slow start to this season, he’s done that, positioning himself for a debut in Baltimore sometime next year. With his ascension, five of the Orioles’ top six prospects have reached Triple-A, not to mention a group of well-regarded players in Adley Rutschman, Kyle Stowers, Kyle Bradish and Terrin Vavra who are already in the majors.