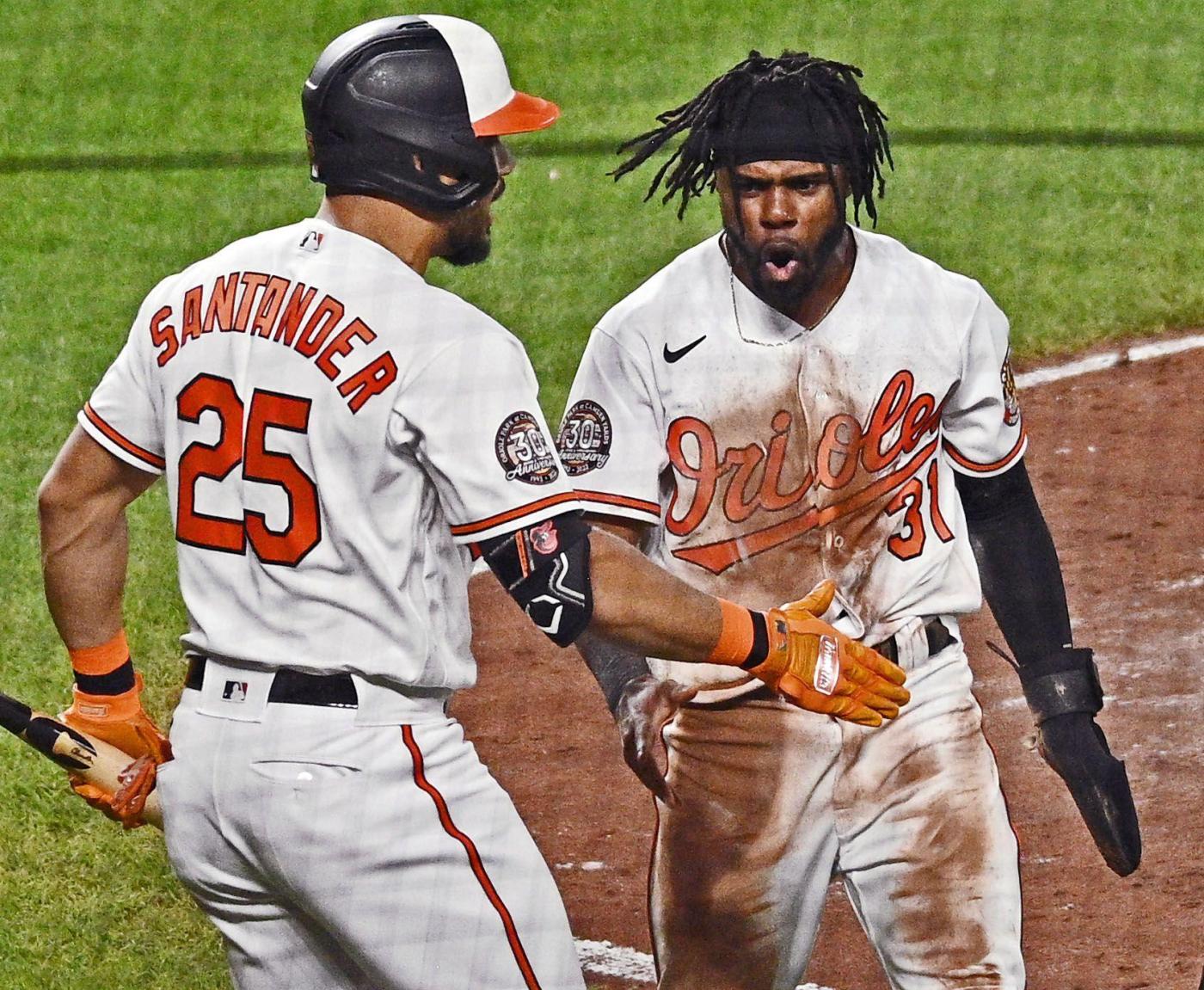 At home plate Monday night, Luke Raley’s right leg met Adley Rutschman’s, and for a moment, the hopes of the Orioles’ bright future fell along with their young catcher.

But seconds later, just as quickly as he spun to the ground, Rutschman twirled back to his feet. Such is the resiliency of these Orioles, who made that encounter a footnote in a 5-1 victory to open a four-game series with the Tampa Bay Rays at Camden Yards.

The victory brought Baltimore back to .500, guaranteed a second straight winning month after going nearly five years between them and marked its 48th win of the season, surpassing the total from the 2018 team that sparked the organization’s rebuild in 66 fewer games.

That 115-loss campaign granted the Orioles the first overall pick in the next summer’s draft, spent on a player in Rutschman who immediately became the face of the project. Since Rutschman arrived in the majors, the Orioles have been a more successful team, going 32-24. His first two full months in the majors have seen the Orioles post winning records. It represents their first such streak since May and June of 2016, their most recent playoff season.

A comebacker from Tampa Bay’s Brett Phillips briefly seemed as if it might derail that, with the bases-loaded grounder forcing a play at the plate. Although the throw from Orioles starter Austin Voth beat Raley to the plate, it did not come in time for Rutschman to step out of the path of his slide, with Raley clipping Rutschman and sending him to the ground. He got up without issue moments later, only after the 9,606 fans in attendance and many more at home collectively held their breath.

“I’ve seen tough collisions; for me, that wasn’t a tough collision, but it was awkward, and so when it’s awkward, that definitely scares you,” Orioles manager Brandon Hyde said. “But once Adley popped up, I didn’t think anything of it. For me, that was a clean play, honestly. We’re so used in this game, now, of not seeing contact that when you see a little bit of contact, everybody kind of wonders if that was a clean play or not. But I thought it was definitely a clean play, and the guy was just going hard into the corner of the plate. Those plays happen.”

Little else came of the incident the rest of the night, with the exception of the boos rained on Raley, the Rays’ designated hitter, in each of his subsequent at-bats. His description of the play matched Hyde’s, saying Rutschman understood there was no malintent and tried to help quiet the crowd. Rutschman said he didn’t have a clear view of the play, with it happening behind him, and his focus was “to make sure my foot was on the base and that we got the first out.”

“He kind of did like a little spin, almost like he twisted his ankle, but looked like it wasn’t as bad as it seemed,” Voth said. “But I think it was just a hard play. Guy was coming in and sliding and maybe just clipped his leg a little bit.”

A half-inning after, the Orioles loaded the bases with no outs and got on the board with Rougned Odor’s sacrifice fly. Maryland product Brandon Lowe answered in the top of the third with a home run off Voth.

With Voth working on a limited pitch count, that was his final inning, giving way to a bullpen that went unscathed over the final six innings. After a scoreless fourth from Bryan Baker, Nick Vespi, recalled from Triple-A Norfolk earlier in the day with Rico Garcia optioned, struck out four in 1 2/3 innings. Dillon Tate and Félix Bautista each recorded three successive outs with a strikeout around 1 1/3 innings from Cionel Pérez.

Baltimore’s bullpen ERA dropped to 3.09 after the group entered Monday with the fourth-lowest mark in the majors.

“I think it’s just a tribute to the guys, their character, their work ethic,” Rutschman said. “They show up every day, and they come to the mound with a purpose. I’m very fortunate. It’s very fun to be able to catch those guys.”

That work allowed Baltimore to capitalize on another scoring opportunity in the fifth. After a pitch grazed Rutschman to load the bases, Ryan Mountcastle singled into center, with Cedric Mullins soaring home to deliver Mountcastle a second RBI on the hit. Anthony Santander followed with a grounder to first, but Ji-Man Choi’s throw to second hit a running Mountcastle, sending the ball into left field as Rutschman scored and both runners advanced. Austin Hays plated Mountcastle with a line drive to left that served as a sacrifice fly.

The Orioles announced Sunday that their whole 40-man roster was vaccinated against COVID-19. The team previously had to place outfielder Anthony Santander and relief pitcher Keegan Akin on the restricted list when it went to Canada, which unvaccinated players are not allowed to enter, to play the Toronto Blue Jays. Players placed on the restricted list do not receive pay or service time for games missed.

Hyde said he was unsure if the Orioles’ competitive upswing since their previous trip to Toronto caused any change of heart for unvaccinated players. The club next visits the Blue Jays from Aug. 15 to 17.

“That’s a personal choice by them,” Hyde said before the game. “I didn’t talk to them about where we are standings-wise or anything like that. That was something that we had talked about in the past, but I was happy to hear that, and like I said, that’s a choice by those two guys. I’m proud of our club for being fully vaccinated.”

>> First baseman/designated hitter Trey Mancini was out of Monday’s lineup because Hyde felt “he’s been pressing a little bit lately.” Mancini is hitless in his previous 22 at-bats.

>> Shortstop Jonathan Araúz, playing for the first time since July 8, exited the game in the eighth inning with a jammed finger on his right hand after being thrown out at second base trying to extend a hit off the right field wall into a double. Hyde said he is day to day.