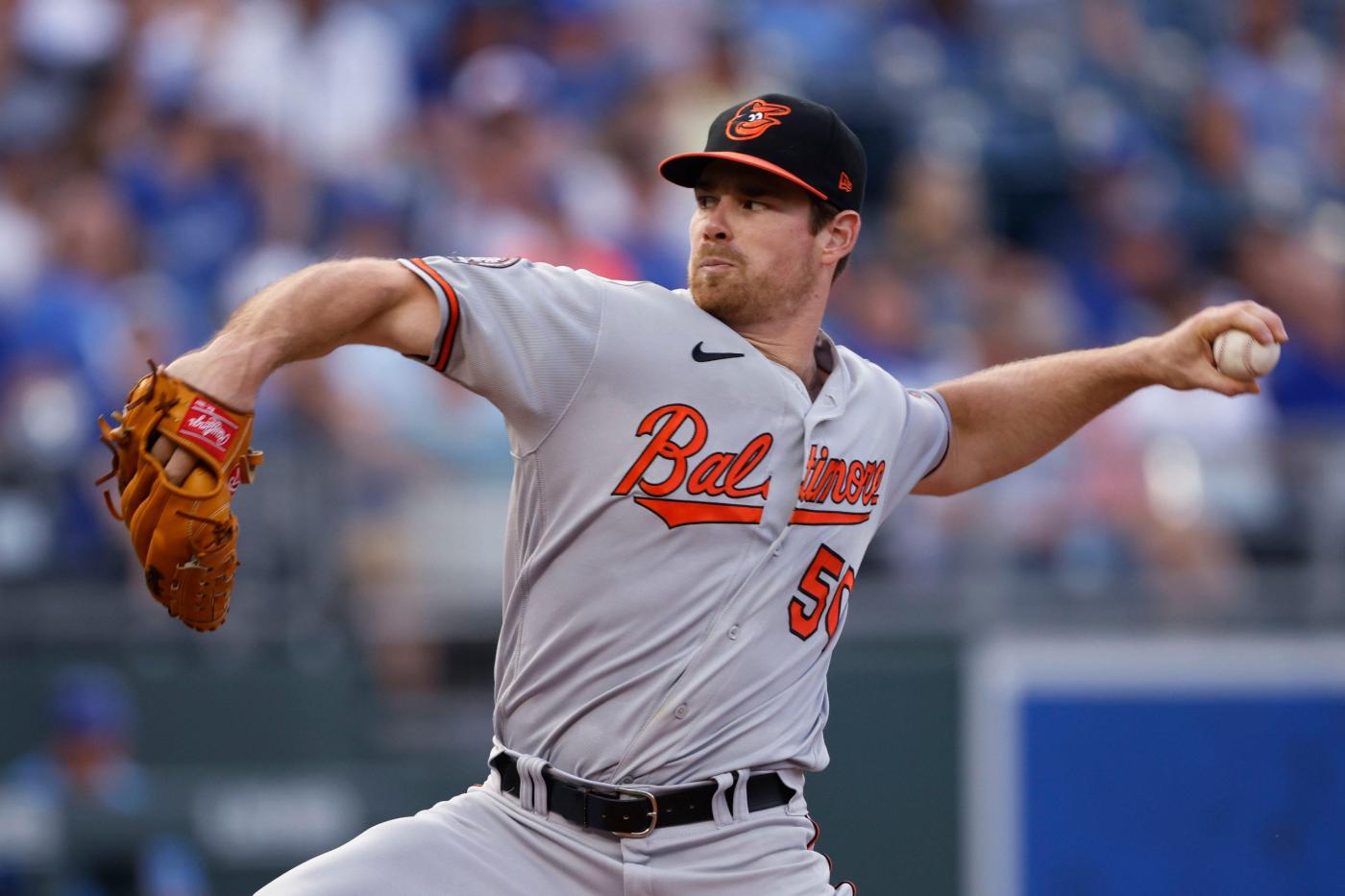 It’s a subtle change, a movement of his hands from his stomach to his back hip. But Orioles left-hander Bruce Zimmermann wants it to lead to monumental differences, to eliminate what he felt led to pitch tipping in recent starts and to create a more easily repeatable delivery.

Two starts into his trial, how does the adjustment feel?

“Not quite where I want it to be,” Zimmermann said after allowing a career-high seven runs in an 8-1 loss Friday night to the Kansas City Royals. “Obviously, the results would be a little bit better if it was.”

But it doesn’t mean Zimmermann will abandon the experiment, even as poor starts begin to pile up. He began the season by throwing 14 scoreless innings and continued a strong run through his first seven starts, allowing 11 earned runs in 36 1/3 innings.

Including Friday’s debacle, however, Zimmermann has conceded 27 runs in his last 25 2/3 frames. Two of those outings came against the New York Yankees and another came against the Boston Red Sox, and Zimmermann felt he tipped his pitches on the mound, particularly as he fiddled with the ball in his glove with a runner on second base.

So he’s making changes. They haven’t worked yet. But Zimmermann isn’t about to revert to his old ways, not when he feels a potential breakthrough is nearing — even if the results don’t support that feeling.

“Gonna get back to work and keep trying to find what we’re trying to feel and be a little bit more consistent with the mechanics, because then the pitch break shapes will follow that,” Zimmermann said. “I think at times, I really thought it was coming together. At other times, I was a little soft with it and things stayed up.”

Zimmermann first dropped his hands last week against the Cleveland Guardians. He turned his glove inward, hiding the grip of the ball when a runner is on base, hoping “to hide the ball a little bit better.”

The adjustments aren’t out of the ordinary for pitchers during the course of a season, pitching coach Chris Holt said. He downplayed the idea Zimmermann was tipping pitches — and he said he wanted to avoid giving any details that would help an opposing team learn what to look for — but Holt acknowledged the changes could help avoid giving anything away in the future.

“The placement of the hands is actually working with the delivery itself,” Holt said. “The byproduct of that is potentially being proactive on eliminating something there [with tipped pitches]. We’re trying to kill two birds with one stone.”

With his new hand placement, Holt hopes Zimmermann’s delivery can become more routine and natural, and in turn improved offspeed pitches will follow. The short-term outlook isn’t as promising. Zimmermann’s changeup carried him through much of the beginning of the season, but now teams know what to look for.

When Zimmermann is at his best, he’s drawing swings and misses on that changeup. But that hasn’t been the case lately.

In his previous four appearances entering Friday, he managed four whiffs on 54 swings against his changeup. He only threw his changeup four times after the first inning Friday, and the Royals didn’t miss on any of their four swings. Zimmermann said the reduced usage of the changeup is because teams know what to expect, but he’s also been leaving it up in the zone more frequently by mistake.

“From the dugout, it has looked a little different the last few outings,” manager Brandon Hyde said. “Just not having the same depth and the swing and miss he was getting on right-handed hitters. Hopefully he can find it back.”

He didn’t Friday. But when Zimmermann gets set for his next predicted start in Toronto next week, he’ll be another start into a new set and delivery. Perhaps by then he’ll have more comfort with it. In high-stress situations — the kind Zimmermann has faced plenty of late — his old mechanics, the one he has used for thousands of reps, will “kind of rear its ugly head sometimes,” interrupting his rhythm.

So while the results aren’t pretty right now, Zimmermann feels he needs to pitch his way through it. And maybe then, when he feels more comfortable with his new set and delivery, the results will level out closer to what he displayed during the first month of the season.