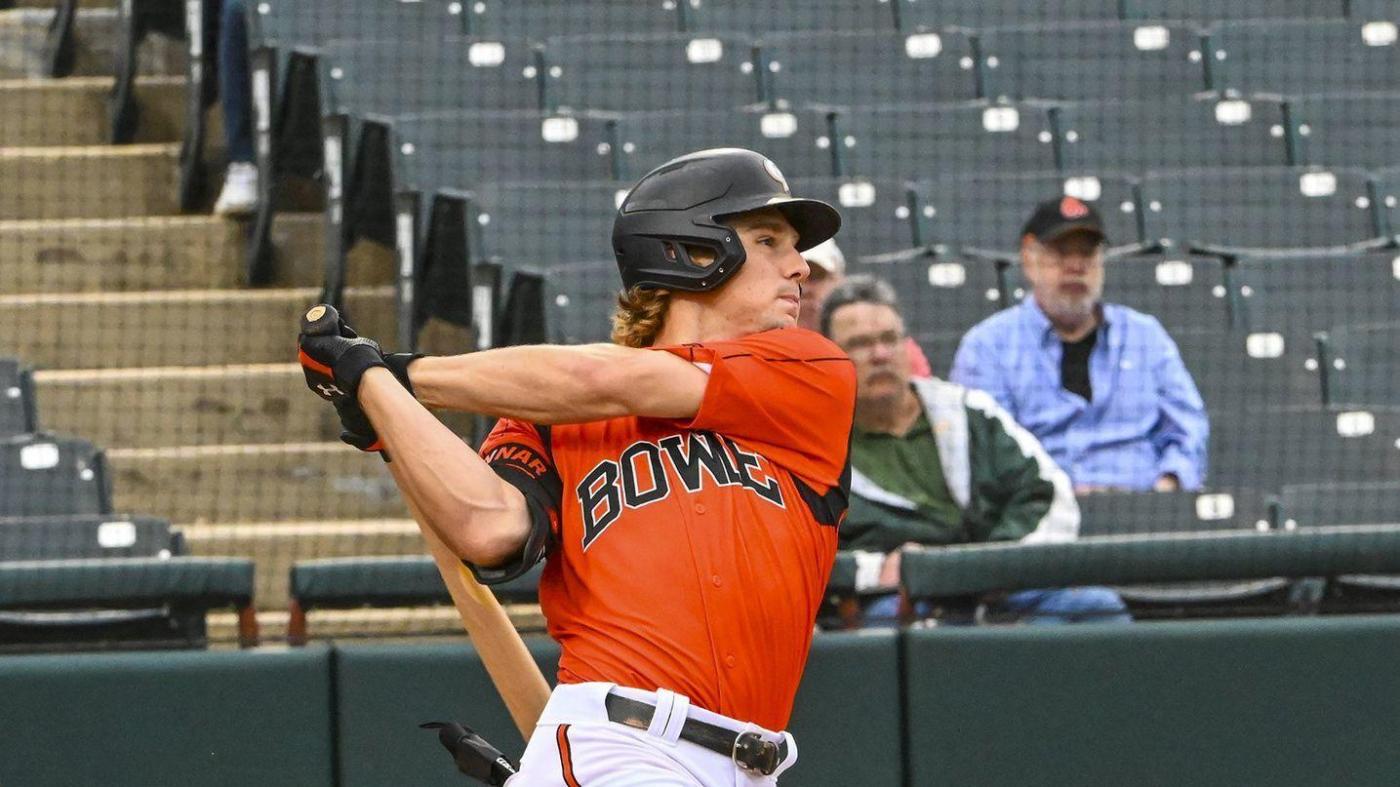 With rosters expanding in just a few days as the calendar flips to September, the Orioles are making a move to potentially add two of their top prospects to the team.

Infielder Gunnar Henderson and left-hander DL Hall are flying to Cleveland to join the Orioles’ taxi squad on Wednesday, a source with direct knowledge of the situation told The Baltimore Sun. Henderson and Hall will be eligible to be added to the active roster Thursday, when rosters expand to 28 players and allow for an additional pitcher and position player to be included.

With the looming promotion of Henderson, Baltimore will be adding baseball’s top prospect. Former No. 1 prospect Adley Rutschman was called up to the majors May 21 and has since become one of the top catchers in the game and an American League Rookie of the Year candidate. Now it appears Henderson’s turn will arrive shortly after replacing Rutschman as Baseball America’s top prospect.

Henderson and Rutschman were Baltimore’s first two draft picks under executive vice president and general manager Mike Elias, with Rutschman taken first overall in 2019 and Henderson going in the second round of the same draft. Baltimore’s third pick in 2019, outfielder Kyle Stowers, had his contract selected earlier this month.

Henderson, 21, has undergone a rapid rise through the minor leagues this season, representing the Orioles in the MLB All-Star Futures Game. Between Double-A Bowie and Triple-A Norfolk this year, Henderson has posted a .297 batting average and .947 OPS with 19 home runs, 79 walks and 116 strikeouts.

Henderson has primarily split his time between third base and shortstop, but the Selma, Alabama, native has also played second base and first base of late as a way to increase his versatility. His potential call-up comes at the right time for Baltimore, with a postseason push in September coinciding with a scuffling offense.

Hall, the No. 3 prospect in the Orioles’ pipeline, has already made his major league debut. He pitched 3 2/3 innings against the Tampa Bay Rays earlier this month, allowing five runs on five hits. He then returned to the minors to develop as a reliever to use in the stretch run of the campaign.

In three appearances coming out of the bullpen, Hall has struck out 10 of the 24 batters he faced but also walked four and allowed three runs in 5 1/3 innings.