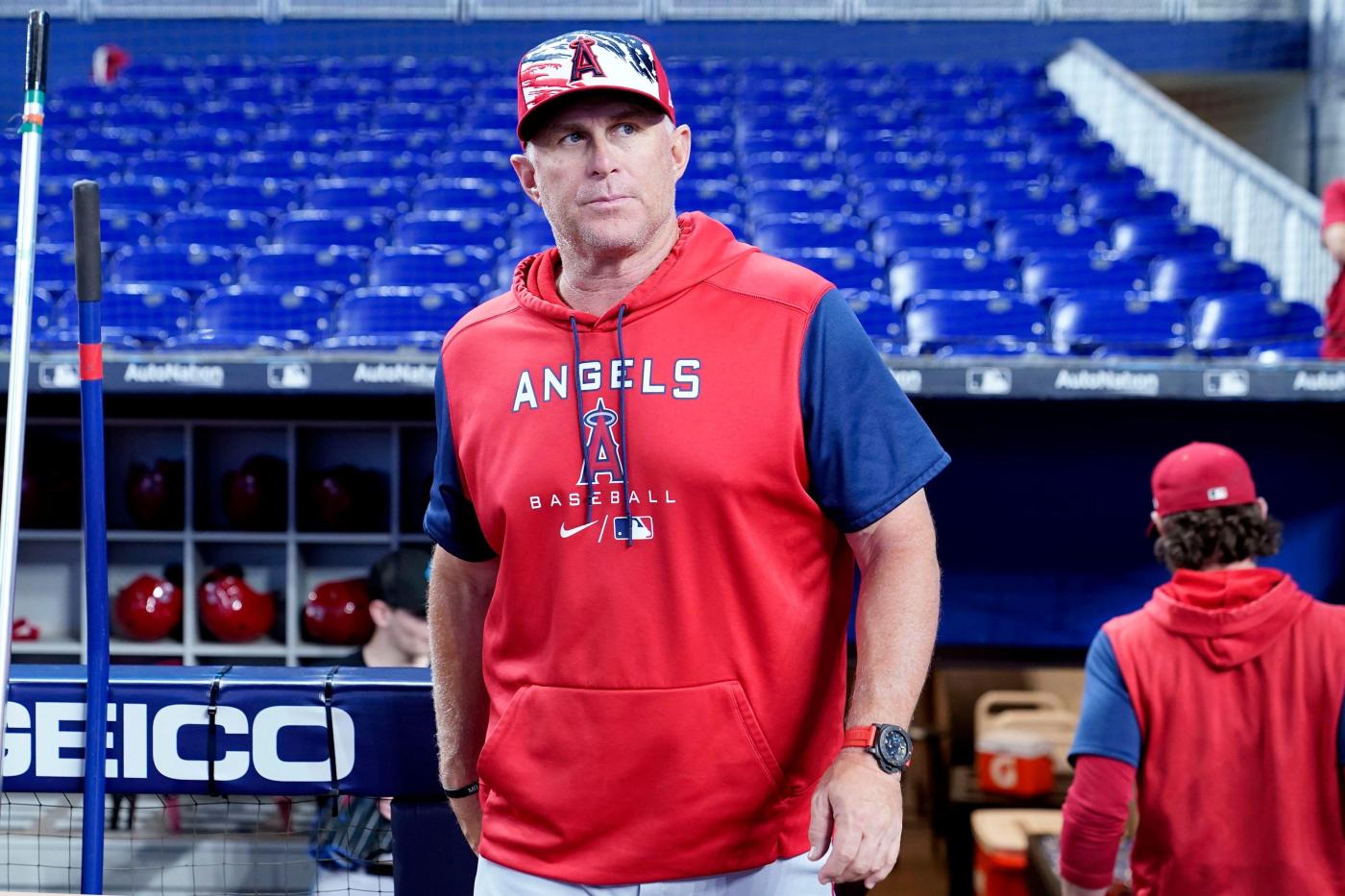 Game nights at the Nevin household often became a test of will between father and son, with matchups in Monopoly and Connect Four inducing trash talk as each competitor strived to stay one step ahead of his opponent.

A tied result won’t be possible the next few days at Camden Yards, where Tyler, an infielder for the Orioles, will face off against the Los Angeles Angels and his father, interim manager Phil Nevin.

It will mark not only the first time since 2004 a position player has opposed a team his father is managing, but also Phil’s first chance to see Tyler play in the majors. Tyler’s major league debut last season came while Phil had the coronavirus, and his subsequent stints with Baltimore never included a matchup with the New York Yankees, for whom Phil coached third base. With Phil on the Angels’ staff this season, a day off for Los Angeles was going to allow him to watch the Orioles at Boston’s Fenway Park in May, only for Tyler to be optioned to Triple-A days before.

Having replaced Joe Maddon as the Angels’ skipper earlier this season, Phil won’t manage the first two of the series’ four games while finishing off a 10-game suspension stemming from a brawl against the Seattle Mariners. But with Phil still able to attend the earlier games, the circumstances are somewhat of a blessing.

“In a way, he’s looking forward to being able to watch a game without having to have a hand in it at first,” Tyler said.

But that hand will be an aggressive one when the chance presents itself in Phil’s return Saturday, just as it was for those board games during Tyler’s childhood and offseason days on the golf course now.

“He’s not going to take it easy on me with matchups or anything,” Tyler said. “He’s made that very clear.”

Still, they’ll find time to appreciate an occasion they’ve both waited a long time for. Phil was the first overall pick in the 1992 draft and reached the big leagues soon after. When his playing career ended, he dived into coaching, managing in independent ball then climbing the ranks in the minors before his first opportunity as a major league assistant.

“In a way, he’s grinded more as a coach than he has as a player,” Tyler said. “The whole time, this has been why he’s been in the big leagues. He wants to be a manager. That’s really where his passion is.

“Every opportunity he’s ever wanted, this is it.”

Tyler, meanwhile, grew up watching how his dad operated in clubhouses. He eventually became a draft prospect himself, though Tyler said he could be a painter and his dad would still be happy as long as his son was. The Colorado Rockies took Tyler in the first round of the 2015 draft, then added him to their 40-man roster months before trading him to Baltimore as part of the package for reliever Mychal Givens during the 2020 season.

Along Tyler’s journey to the cusp of the majors, Phil’s experience and guidance helped him get there, from providing insights on the initial steps after signing a first professional contract to subtle day-to-day ongoings such as how much to tip clubhouse workers at opposing venues. With Phil on the Yankees’ staff and Nevin one roster move from the big leagues, the chance they could share a major league venue finally felt close.

“When he got back into baseball and he was still in the minor leagues and I became a prospect, we kind of daydreamed about it,” Tyler said. “It wasn’t really a daydream anymore. It was just a matter of when.”

That answer will formally come Saturday, with Tyler’s mom, brother and grandparents also in attendance. This week marks something the Nevin family has long dreamed of, dating to those intense games of Connect Four.