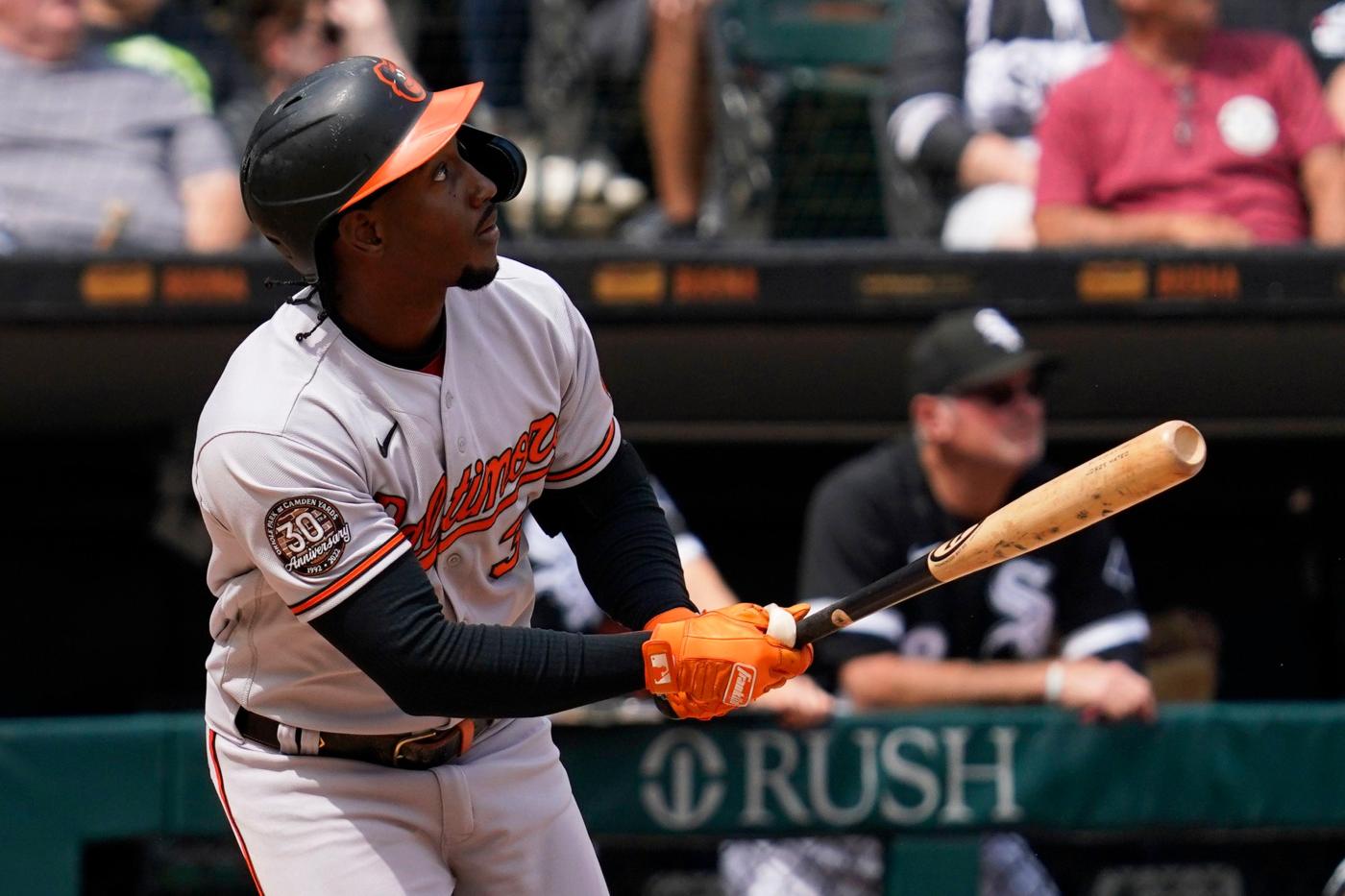 Despite the long strings of losses the Orioles have endured during his managerial tenure, Brandon Hyde has often praised his team’s ability to metaphorically get hit, then hit back.

In the span of three pitches Saturday, the Orioles did so to clinch a series victory on the road over the Chicago White Sox, downing the reigning American League Central champions, 6-2, to position themselves for a four-game sweep Sunday.

The Orioles took a 2-1 lead into the seventh inning, with Jorge Mateo having scored both their runs on a third-inning home run and a fifth-inning error by shortstop Leury García after a double. With two on and two outs, Cedric Mullins’ swinging bunt loaded the bases for Trey Mancini, who took a Lance Lynn fastball to the side of his left hand. It brought in Baltimore’s third run but left Mancini in pain, prompting him to follow Hyde and head athletic trainer Brian Ebel into the dugout to get examined as the White Sox made a pitching change.

When play resumed, Mancini was at first base, and he scored from there when Austin Hays drove home three with a double on José Ruiz’s second pitch. In 22 games this month, the Orioles have scored at least six runs in half of them.

A budding pitching staff continued its run of excellence, with the only run the group surrendered through eight innings being an unearned in the third against Spenser Watkins, who allowed five hits in five innings. Bryan Baker, Nick Vespi and Dillon Tate each worked a scoreless frame before Tate opened the ninth by hitting a pair of batters, leading to the game’s final run.

Still, Baltimore’s staff has allowed only four runs in its past 43 innings and has held the opposition to two or fewer runs in seven of the past nine games.

Before the game, players and coaches from both teams stood on the baselines to recognize 7-year-old cancer survivor and fighter Beau Dowling as part of the “Home Run for Life.” Dowling then sprinted around the bases, high-fiving Orioles players and coaches as he went to first base and those of the White Sox going from third to home.

Once the ceremony was over, Mancini, who missed the 2020 season undergoing treatment for stage 3 colon cancer, stayed at home plate to speak with Dowling and his family.

>> To add Watkins to the roster, the Orioles optioned right-hander Marcos Diplán to Triple-A Norfolk. Infielder Rylan Bannon was also optioned to create room for Jonathan Araúz, who was optioned after he was claimed from the Boston Red Sox and thus had to be in the minors for 10 days before being recalled.

>> Diplán, Bannon and catcher Cody Roberts are serving as the Orioles’ taxi squad.