The Hudson Super Six, introduced in 1916, had the industry’s first counterbalanced crankshaft that allowed higher revving and established Hudson as a performance car that set many speed records, including runs at Pikes Peak and Daytona Beach. In the Twenties, Essex, Hudson’s lower-price companion make, accelerated the acceptance of closed cars. Before the Essex coach a sedan typically cost 40 to 50 percent more than an open car. The coach cost as little as $100 more than the Essex touring car. Thanks to booming Essex sales and strong Super Six demand, the company reached the number-three spot in sales three times in the late Twenties. 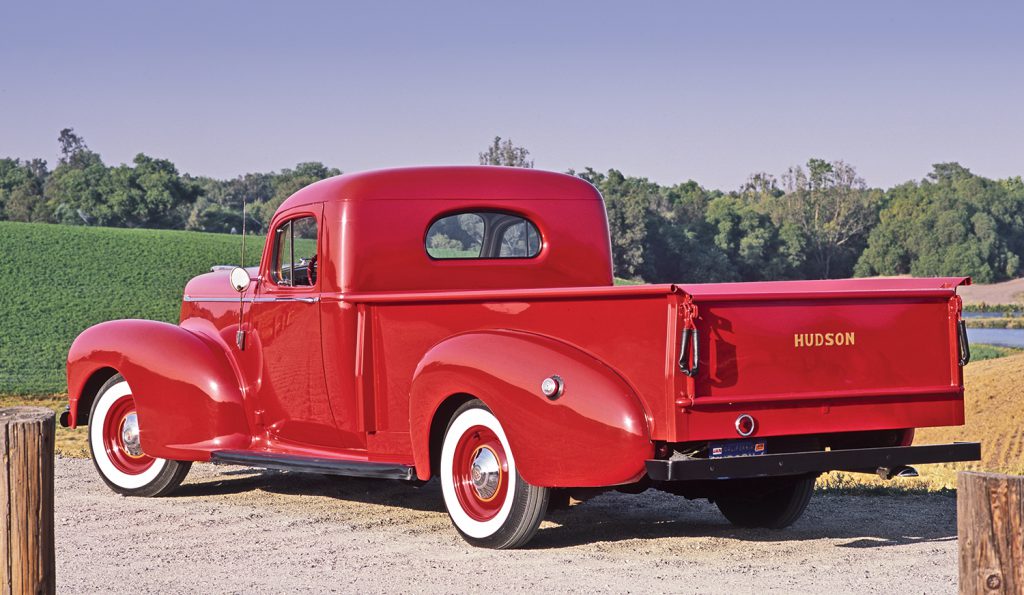 With healthy car sales, there was little incentive to enter the truck market, and Hudson was short on cash even in boom times. Yet Hudson introduced a line of trucks under the Dover name for 1929. Dovers were based on the Essex chassis, and the name changed to Essex for 1930. As the Essex name transitioned to Terraplane in the Thirties, so did the truck badges. A truck didn’t wear the Hudson nameplate until 1939. Hudson struggled in the Great Depression and had little capital to devote to trucks. In many years, truck production floundered in the hundreds.

Hudson cars had new styling for 1941 and the pickup (“pick-up” in Hudson ads) shared much of their sheetmetal and chassis. Due to its car-based roots, the stock Hudson truck looked as if it had been chopped by a customizer. 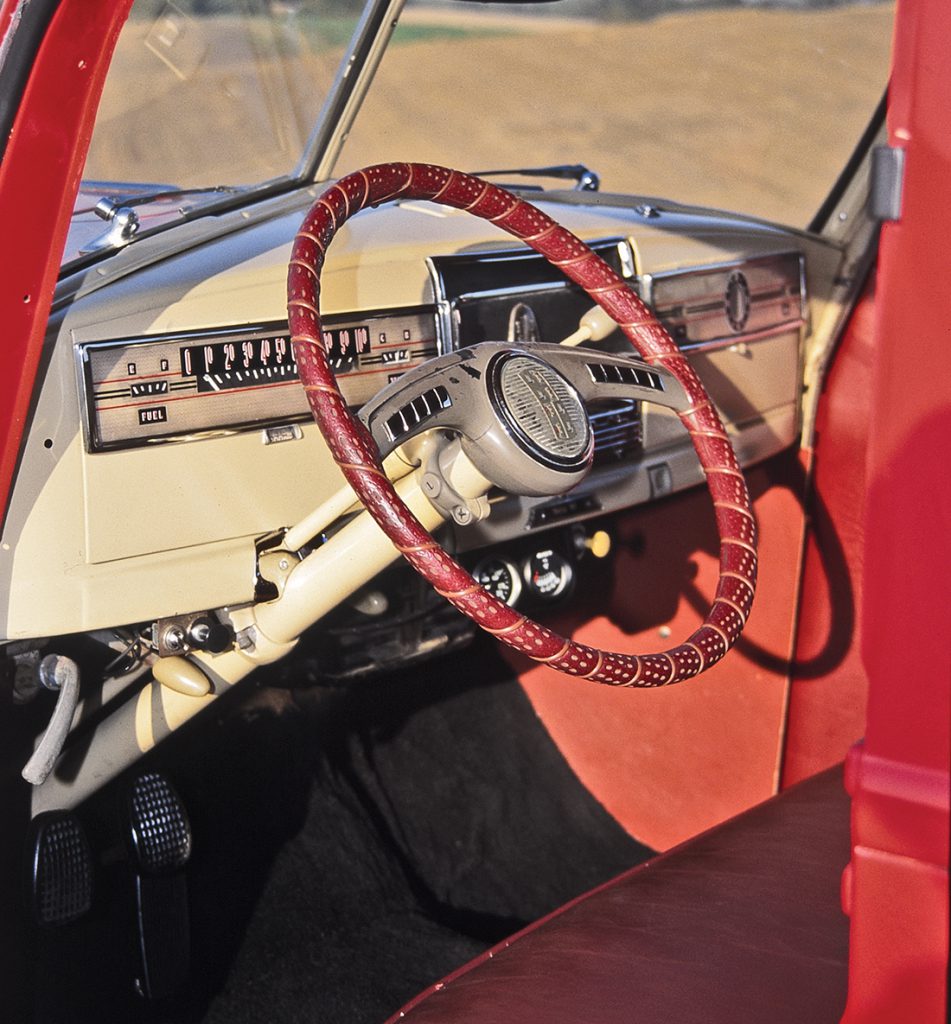 Like other makes, Hudson’s postwar cars and trucks were a continuation of prewar designs. The 1946-47 cars got a new concave grille and the trucks followed suit. While the 1941-1942 Hudson trucks offered ½-ton and ¾-ton “Big Boy” versions, only the latter returned after the war—minus the Big Boy name. This truck rode on a 128-inch wheelbase and had Hudson’s independent front suspension.

The postwar trucks gained a 212-cubic-inch 102-horsepower L-head six that was bigger than the prewar engine. While most makes had adopted fully pressurized lubrication, Hudson retained a splash system. Another unusual Hudson feature was a cork-faced clutch running in oil. In spite of their unusual specifications, both engine and clutch had a reputation for reliability. 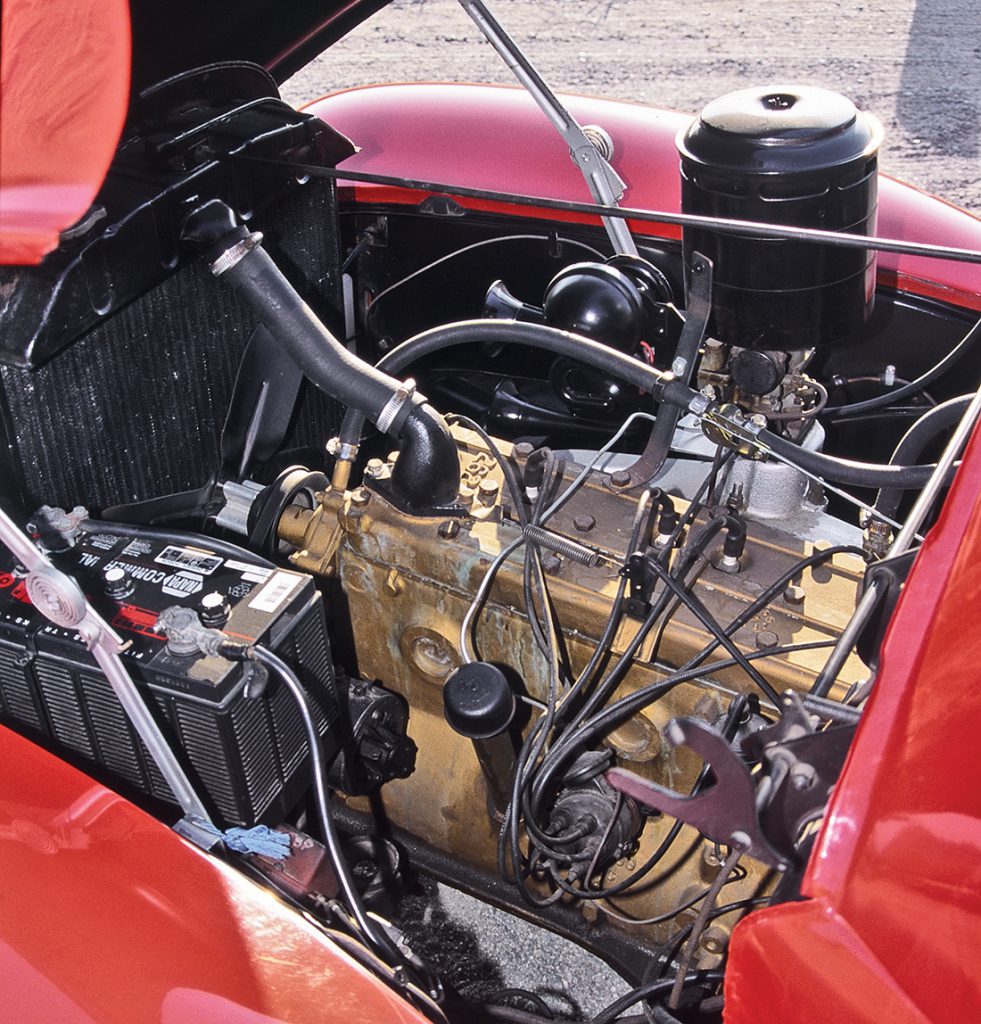 This ’47 Series 178 pickup has been owned by Perry Spring of Ontario, California, since 1984. Spring restored the truck but installed a 262-inch six from a later Hudson. It has the standard three-speed manual transmission with column shift and an optional overdrive. Spring says the pickup “drives pretty much like a car.” Hudson used 13-leaf springs in the rear, but Spring removed two leaves for a better ride. While most restored trucks live an easy life, this one has hauled loads of up to 1.5 tons. 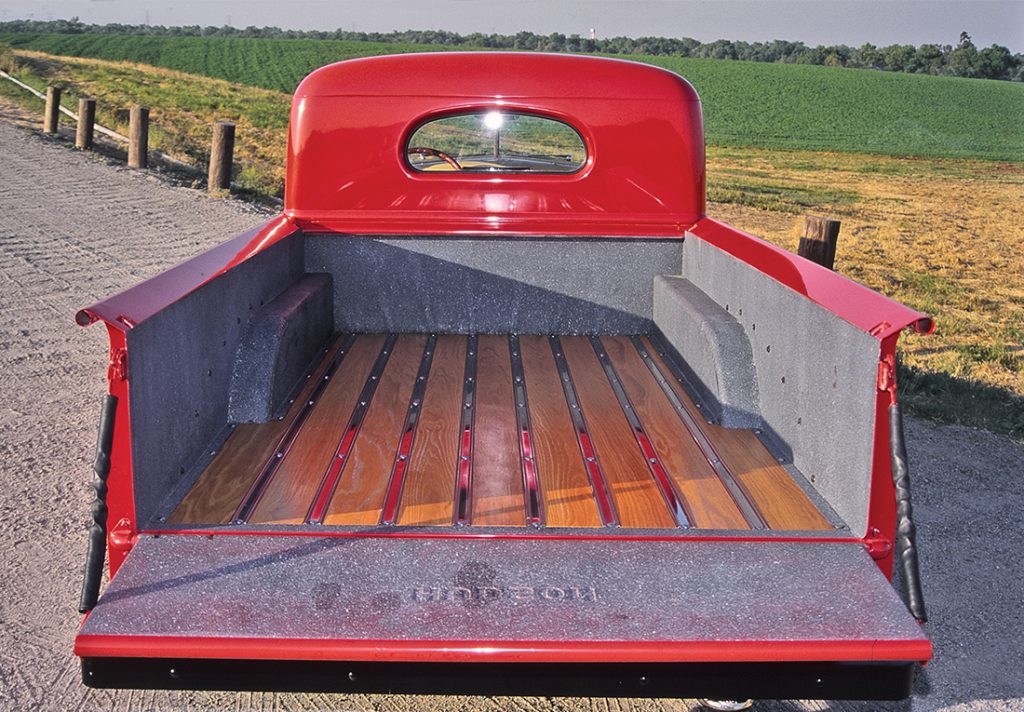 There was no easy alternative Tuesday night for the Miami Heat: Either win or recognize…