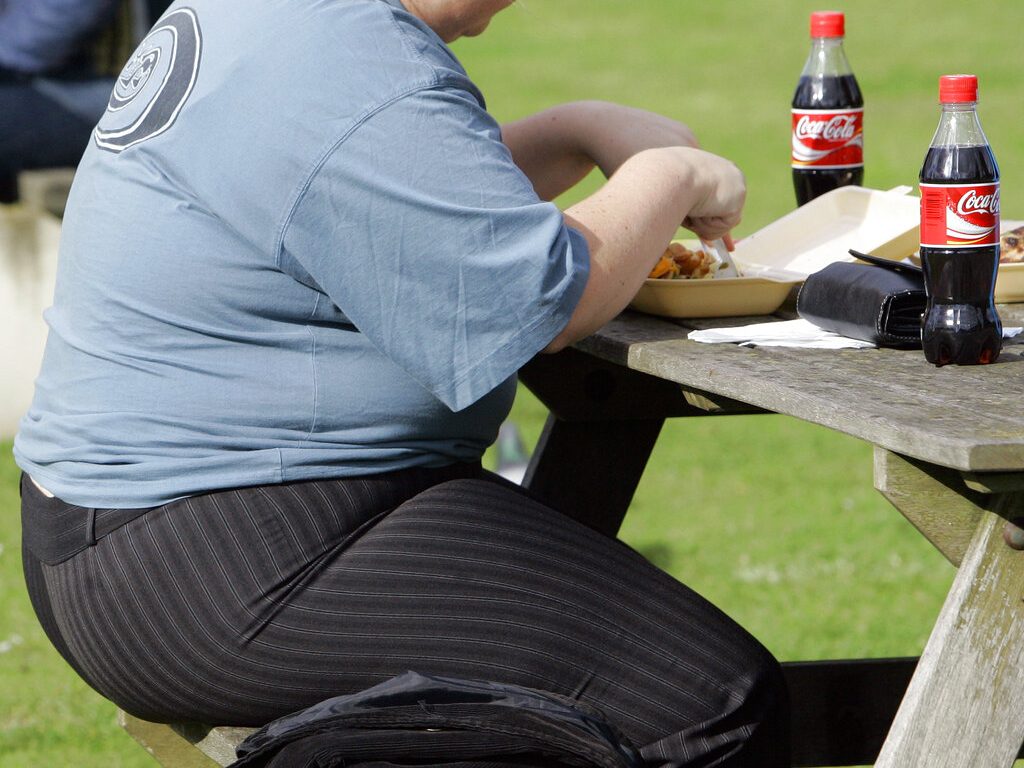 The global obesity epidemic is getting worse, especially among children, with rates of obesity rising over the past decade and shifting to earlier ages. In the U.S., roughly 40% of today’s high school students were overweight by the time they started high school. Globally, the incidence of obesity has tripled since the 1970s, with fully 1 billion people expected to be obese by 2030.

The consequences are grave, as obesity correlates closely with high blood pressure, diabetes, heart disease and other serious health problems. Despite the magnitude of the problem, there is still no consensus on the cause, although scientists do recognize many contributing factors, including genetics, stress, viruses and changes in sleeping habits. Of course, the popularity of heavily processed foods — high in sugar, salt and fat — has also played a role, especially in Western nations, where people on average consume more calories per day now than 50 years ago. Even so, recent reviews of the science conclude that much of the huge rise in obesity globally over the past four decades remains unexplained.

An emerging view among scientists is that one major overlooked component in obesity is almost certainly our environment — in particular, the pervasive presence within it of chemicals which, even at very low doses, act to disturb the normal functioning of human metabolism, upsetting the body’s ability to regulate its intake and expenditure of energy.

Some of these chemicals, known as “obesogens,” directly boost the production of specific cell types and fatty tissues associated with obesity. Unfortunately, these chemicals are used in many of the most basic products of modern life including plastic packaging, clothes and furniture, cosmetics, food additives, herbicides and pesticides.

Ten years ago the idea of chemically induced obesity was something of a fringe hypothesis, but not anymore.

“Obesogens are certainly a contributing factor to the obesity epidemic,” is what Bruce Blumberg, an expert on obesity and endocrine-disrupting chemicals from the University of California, Irvine, told me by email. “The difficulty is determining what fraction of obesity is related to chemical exposure.”

Importantly, recent research demonstrates that obesogens act to harm individuals in ways that traditional tests of chemical toxicity can’t detect. In particular, consequences of chemical exposure may not appear during the lifetime of an exposed organism but can be passed down through so-called epigenetic mechanisms to offspring even several generations away. A typical example is tributyltin or TBT, a chemical used in wood preservatives, among other things. In experiments exposing mice to low and supposedly safe levels of TBT, Blumberg and his colleagues found significantly increased fat accumulation in the next three generations.

TBT and other obesogens trigger such effects by interfering directly with the normal biochemistry of the endocrine system, which regulates the storage and use of energy, as well as human eating behavior. This biochemistry depends on a wide variety of hormones produced in organs such as the gastrointestinal tract, pancreas and liver, as well as chemicals in the brain capable of altering feelings of hunger. Experiments have shown that mice exposed to obesogenic chemicals before birth exhibit significantly altered appetites later in their lives, and a propensity to obesity.

Nearly 1,000 obesogens with such effects have already been identified in studies with animals or humans. They include Bisphenol A, a chemical widely used in plastics, and the phthalates, plasticizing agents used in paints, medicine and cosmetics. Others include parabens used as preservatives in food and paper products, and chemicals called organotins used as fungicides. Other obesogens include pesticides and herbicides, including glyphosate, which a recent study found to be present in the urine of most Americans.

A further clue that these chemicals may lie behind obesity: Studies have found that the obesity crisis is also affecting cats, dogs and other animals living in proximity with people. A significant rise in obesity incidence has even been noted in laboratory rodents and primates — animals raised under strictly controlled conditions of caloric intake and exercise. The only possible factors driving weight gain for these animals, researchers believe, would be subtle chemical changes in the nature of the foods they eat, or in the materials used to build their pens.

So it is possible that we have unwittingly saturated our living environment with chemicals affecting some of the most fundamental biochemical feedbacks controlling human growth and development. The obesity epidemic will likely persist, or grow worse, unless we can find ways to eliminate such chemicals from the environment, or at least identify the most problematic substances and greatly reduce human exposure to them.

At the very least, it will require a transformation in the way we test chemicals for their toxicity, especially the many compounds that are ubiquitous in our food, plastics, paints, cosmetics and other products. Discoveries in epigenetics have deeply changed basic biological science and medicine over the past 15 years but have not yet had much impact on prevailing practices for chemical safety testing. Scientists are pushing for changes, but it takes time.

Hopefully, appropriate test methods will be adopted within the next few years. If they aren’t, we may well struggle to make any appreciable dent in this pernicious epidemic.