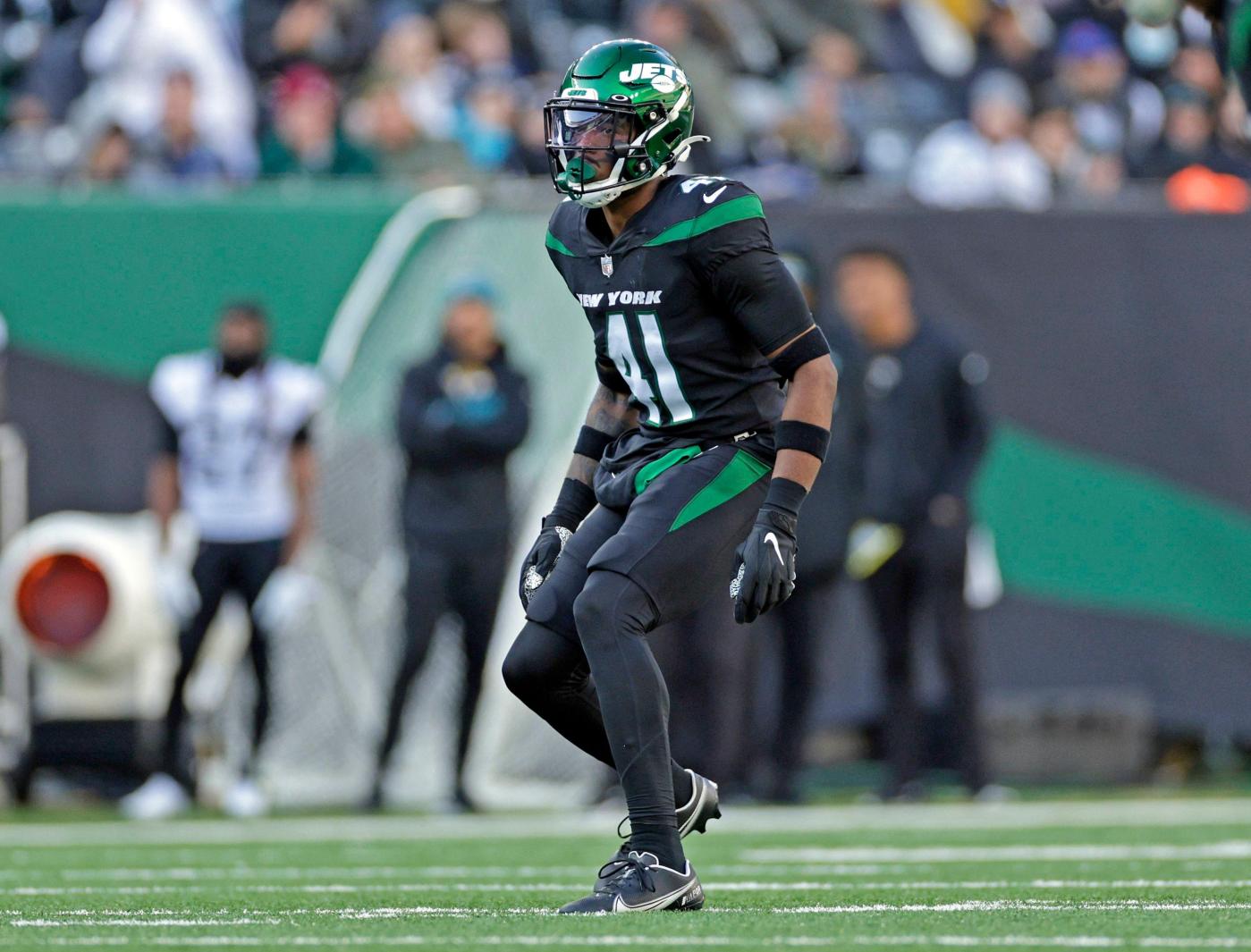 In less than a week, NFL teams will have to make difficult roster decisions.

All teams have to cut down from 80 to 53 players by Tuesday at 4 p.m. Teams will then begin filling out their practice squads which can hold a maximum of 16 players.

As Gang Green gets set to play their final preseason game against the Giants on Sunday, there are a bunch of players on the roster bubble who will be trying to make one last statement to Robert Saleh and his staff.

With cut-down day looming, here are our projections for the Jets’ 53-man roster for the 2022 campaign.

The big question is regarding the third quarterback spot. Streveler has outplayed White in both preseason games. Although Streveler has a ton of social media support from fans, White will likely be the Jets’ third QB because of the experience he brings.

In that case, the Jets would likely place Streveler on the team’s practice squad.

The Jets could keep four running backs but may decide to focus on depth at other positions.

Perine has played well throughout the preseason, including 51 yards on 10 carries in the opener. Knight has flashed and gives the Jets value because of his ability to play on special teams. Johnson has also impressed after coming back from a hamstring injury. Either Perine, Knight or Johnson will likely return to the practice squad after the final cuts have been made if Gang Green opts to keep only three running backs.

Mims has turned heads in practices this summer, but it’s a numbers game and the Jets are likely to keep only six receivers on the roster. Unless Mims has a statement game in the preseason finale against the Giants, the Jets could decide to part ways with him before the roster deadline through a trade.

There’s no question that Uzomah, Conklin and Ruckert will make the 53-man roster. Cager’s play during the last few weeks makes it a strong possibility that the Jets could keep four tight ends on their roster.

Cager has five catches for 105 yards and a touchdown in two preseason games. It just hasn’t been in games where Cager has shown his potential as he has transitioned from wide receiver to tight end. He also has impressed coaches throughout practices.

With the Jets possibly running more two tight end sets this fall, why not keep a developmental player like Cager?

After officially signing with the team last week, Brown is now practicing with the rest of the Jets’ offensive line. Gang Green will now have a few weeks to build chemistry before the season opener against the Ravens.

The Jets’ offensive line is pretty much set, with the exception of maybe deciding between Herbig and Edoga.

One of the deepest spots on the roster is the Jets’ defensive line. When it comes down to cut day, trimming the line down to 10 players could prove to be a challenge.

Curry might have been a favorite to claim a roster spot, but a hamstring injury has recently kept him off the practice field. Also, Curry missed all last season due to a rare blood disorder that required the removal of his spleen.

Thomas is a veteran, but the team could decide to release him along with Marshall and Smart. No matter how it goes, the Jets could call around to see if other teams could use defensive line help before the Aug. 30 deadline.

Mosley, Alexander and Williams are roster locks. Sherwood made four starts last season as he recorded 15 tackles as a rookie. Then he suffered a torn Achilles last October during the Jets’ Week 7 loss to the New England Patriots.

Sherwood has made a number of plays on the second-team defense and looks like he could even play in rotational situations. Nasirildeen, who is still transitioning from safety to linebacker, will likely be on the Jets’ practice squad.

The Jets secondary was brutal a season ago as they ranked 30th in the NFL in pass defense (259.4). Now after the additions of Gardner and Reed in free agency, the Jets should be substantially better this upcoming year.

Carter has looked good in practice, continuing his impressive play from last year. Hall had a rough night against the Falcons, but he figures to make the roster unless something drastic happens.

The Jets are also better at the safety spots than they were a year ago with the addition of Whitehead, who came over from Tampa Bay. Getting Joyner back healthy (triceps) after spending the majority of last season on injured reserve should also help.

If the Jets decide to have only three safeties, Pinnock could be the choice as he has the versatility to play multiple positions and has looked better than Davis throughout practices.

The Jets chose Zuerlein over Eddy Pineiro before Tuesday’s roster cuts from 85 to 80. Hennessy has been the team’s long snapper for the last five seasons and he is safe. Mann averaged 45.7 yards per punt last season and will look to continue that into 2022.

With training camp on the horizon, All-Star hopeful RJ Barrett delivered the strongest message of…