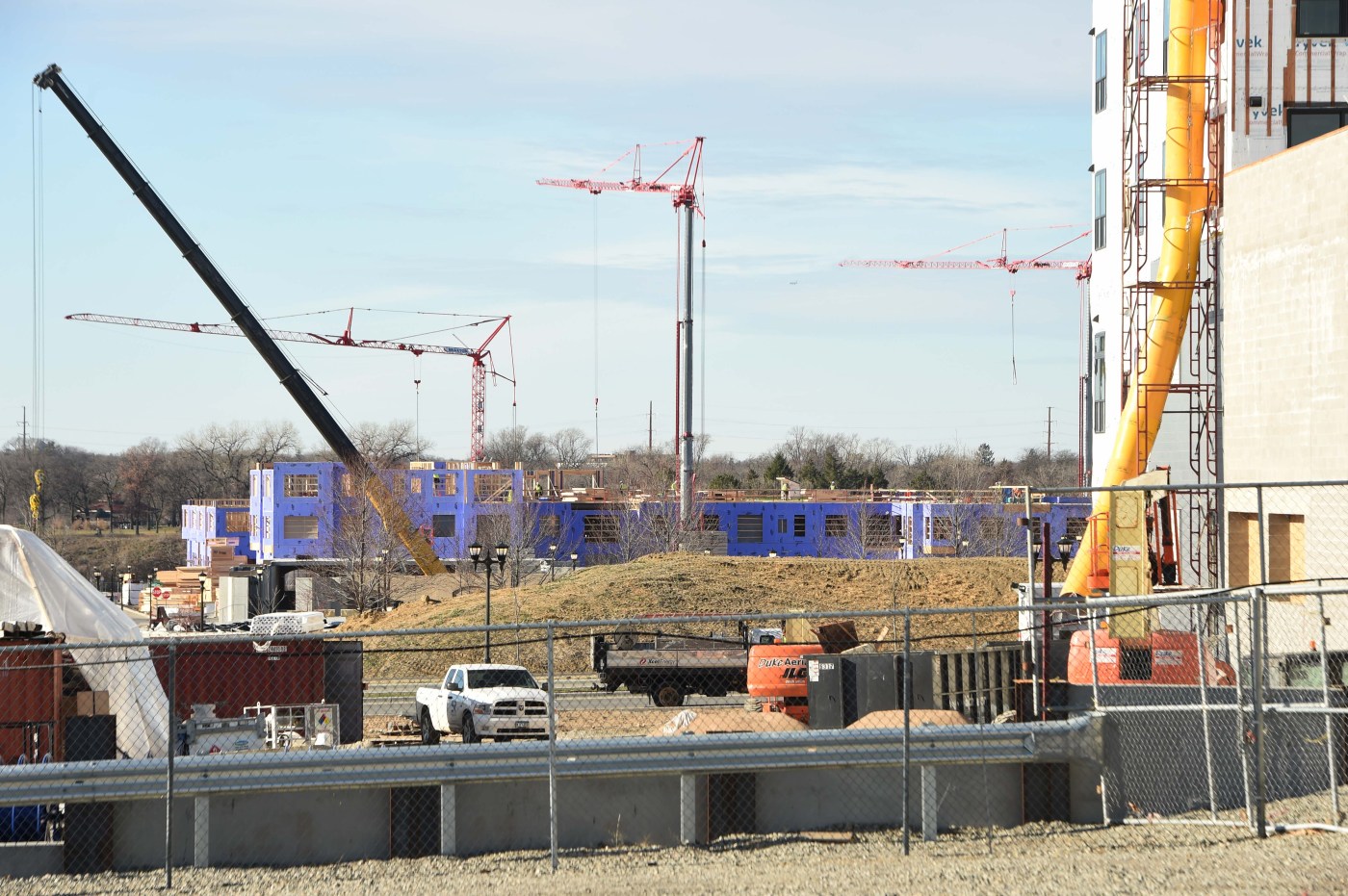 With the University of St. Thomas eyeing land at Highland Bridge for a series of new sports facilities, the St. Paul Planning Commission has scheduled a public hearing in early August for related changes to the former Ford site master plan and zoning code.

Ford Motor Co.’s sprawling Twin Cities Assembly Plant operated in Highland Park for roughly 85 years before closing in 2011. The St. Paul City Council approved a master plan for the 135-acre river bluff parcel in 2017, setting the stage for some 3,800 units of proposed housing, among other real estate development planned by the Minneapolis-based Ryan Cos., the master developer.

In what some have described as a planning curveball, St. Thomas recently proposed constructing a sports complex on 23 acres of land in the southeast corner of the site west of Cleveland Avenue, some of which is still owned by Canadian Pacific Railway.

The complex would span 295,000 square feet of civic and institutional space, including a 4,000- to 4,500-seat hockey arena, a second sheet of ice for an indoor practice facility, a 1,000-seat outdoor softball field and a 1,500-seat outdoor baseball field and a parking structure, additions that would require at least seven or eight amendments to the master plan, Richardson said.

“It took over 10 years for the city to decide what the master plan was going to be, and now this is a huge change,” said Planning Commissioner Chair Luis Rangel Morales on Friday, noting he’s already fielded concerns from the public about parking, affordable housing and environmental impacts.

“There’s so many questions about this,” Rangel Morales said. “I know we’re on a really tough timeline. These questions are not for (city) staff to try and fill in. The applicant should have to answer these questions.”

Among the most sweeping changes, a public park that has already been platted, Mica Park, would have to be relocated. The 23-acre land parcel, which includes a significant grade change of 15 to 25 feet at its southern edges, sits just west of the Cleveland Avenue bridge by minor wetlands. Additional parkland would have to be dedicated as Canadian Pacific Railway land is added to the site.

Members of the Planning Commission noted Friday that the master plan requires 20 percent of all housing at Highland Bridge to be affordable, so replacing planned affordable housing with sporting facilities would not necessarily violate that vision if there’s a proportional drop in planned market-rate housing.

Meanwhile, an ongoing Blue Line/Riverview Connection study is examining how to connect the existing light rail from Minneapolis to the future Riverview transit corridor down West Seventh Street, though it has yet to be determined if the link between the two would someday travel through Highland Bridge. If so, it could follow the Canadian Pacific Rail spur into the site at the southeast corner of the envisioned sports campus.

The public hearing before the Planning Commission will be held at 8:30 a.m. Aug. 5, Room 40 of St. Paul City Hall, 15 West Kellogg Boulevard.

The final decision to approve master plan amendments would rest with the St. Paul City Council, which would likely hear the proposal in December.

Kent, 32, revealed during the interview that she is so smitten over the mysterious 38-year-old…