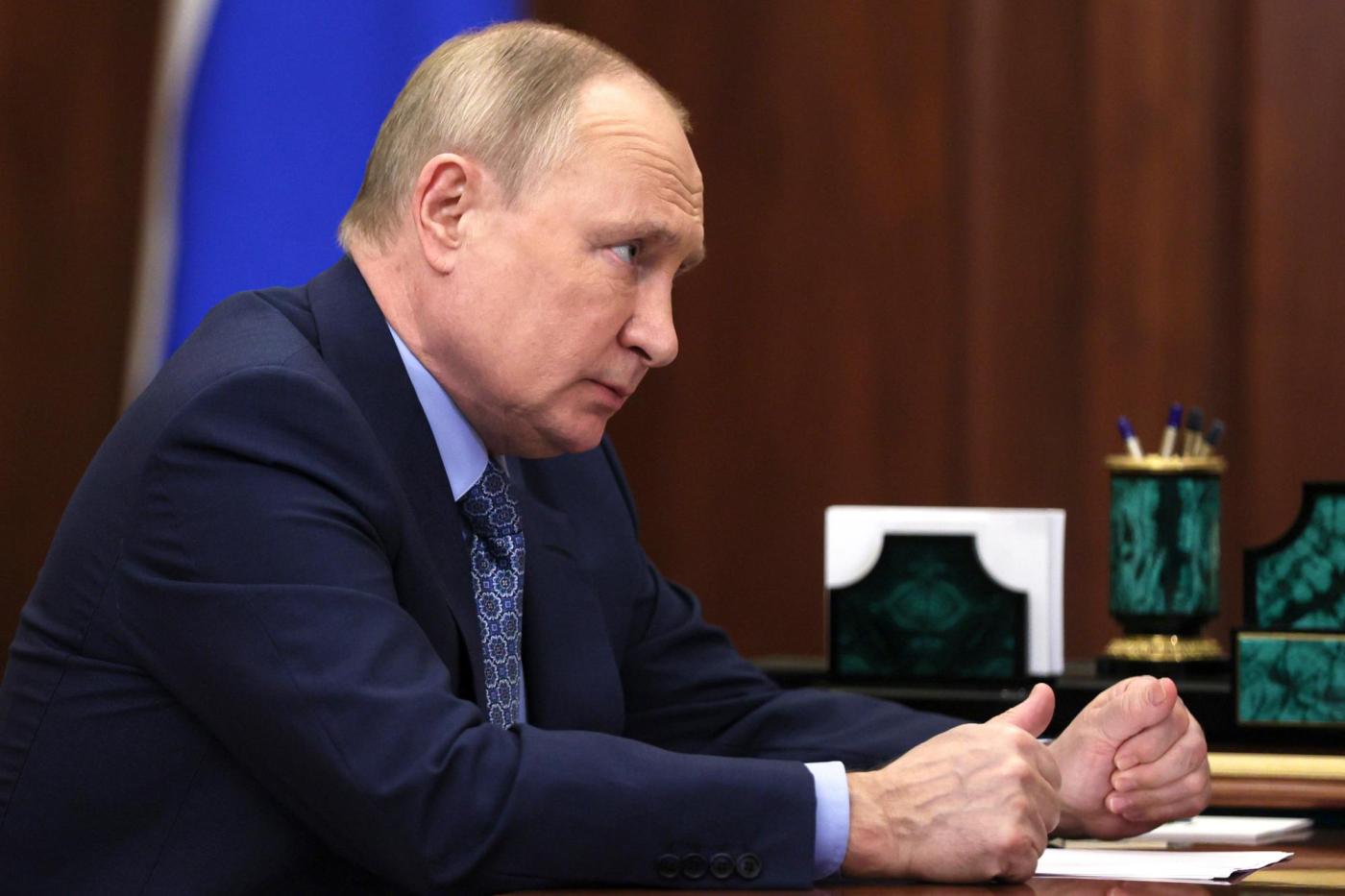 When a 2,000-pound Russian missile slammed into a crowded shopping mall in the central Ukrainian city of Kremenchuk on Monday — killing at least 18 people buying bathing suits or blenders — that was par for the course for Russia.

Only the day before, Sunday, a barrage of Russian missiles pounded a quiet civilian neighborhood in the center of Kyiv, smashing a high-rise apartment building.

The latest Russian slaughter came as the leaders of the world’s seven richest democracies, known as the G-7, were meeting in Krün, Germany — just ahead of a NATO summit in Madrid. Ukrainian officials think Russian President Vladimir Putin was sending a grim message to both groups that he can win this war, despite Western sanctions. Never mind how many innocent civilians Russia kills.

Neither angry rhetoric — nor more sanctions — will stop Russia’s war crimes in time to save Ukraine. How many Russian atrocities will it take to convince European leaders — and the Biden team — that there is only one way to halt Putin: Provide Ukraine with (still-absent) long-range heavy weapons to counter Putin’s bombs and missiles and push Russian invaders off its land.

Judging by the G-7 meeting, Washington and its allies don’t have the will, or the sense of urgency, to help Ukraine save itself and the West from Putin’s imperial lust.

“This is not an accidental hit, this is a calculated Russian strike exactly onto this shopping center,” Ukrainian President Volodymyr Zelenskyy said after the Kremenchuk attack.

At the U.N. Security Council on Tuesday, Zelenskyy rightly called Putin’s Russia a “terrorist state,” listing scores of missiles unleashed on civilians in several Ukrainian cities, killing many women and children, just over the past four days. “In any other part of the world (these daily attacks) would be called terrorism,” Zelenskyy said.

He is correct. Yet words won’t stop Moscow’s terrorist assault.

Vladimir Putin is the unabashed lord of war crimes in the 21st century. Or as his foreign minister, Sergey Lavrov, put it last week, “Russia is not squeaky clean. Russia is what it is. And we are not ashamed of showing what we are.”

As if the constant targeting of civilians is insufficiently criminal, Putin’s Russia has also blockaded Ukrainian ports, preventing the export of grain that is desperately needed to feed citizens of Africa and the Middle East.

Of course, the Russians deny every atrocity, from the deliberate destruction of thousands of schools, hospitals, and civilian high-rise apartment buildings across the country.

This is not the “normal” carnage of war. Firstly, the battles in Ukraine are not the consequence of war, but of an unprovoked invasion by Russia. They are on orders of an all-powerful Putin, who — like Hitler — makes no secret of his imperialist ambitions to seize neighboring land he believes was wrongfully taken from historic Russia. That includes Ukraine, which Putin says has no right to be a state.

More to the point, Putin is pursuing a deliberate strategy of laying waste to cities, towns, and villages using long-range artillery, bombs, and rockets, since his troops are unable to defeat Ukrainian forces in close battle. He is trying to take over Ukraine chunk by chunk, at present in the eastern Donbas region, and in the south along the Black Sea.

Putin’s goal is to unilaterally annex these chunks into Russia, leaving an economically unviable rump Ukraine cut off from its agricultural and industrial heartlands, and its sea ports. Then he can regroup and try again to take Kyiv.

In the words of one of Putin’s acolytes, former Russian President Dimitry Medvedev (a sycophant, who like Donald Trump’s Rudy Giuliani, says what even the boss won’t acknowledge publicly): “Who said that in two years Ukraine will even exist on the world map?”

NATO allies like France and Germany, reeling from higher gas prices, nurture hopes that Putin can be coaxed somehow into negotiations. This is self-delusion. Putin has twisted and broken every agreement Russia has made with Ukraine.

That includes the 1994 Helsinki agreement by which Washington, London, and Moscow agreed to respect Ukraine’s sovereignty if it gave up the nuclear weapons it had acquired during the days of the Soviet Union, and the so-called Minsk negotiating framework that Moscow agreed to after invading eastern Ukraine in 2014. Putin scorned them both.

At the G-7 meeting, a frustrated Zelenskyy appealed to leaders for more military support to push Russia out of newly conquered territory in the east and south before winter, when the frozen ground will make it easier for Russian forces to move tanks, artillery, and supplies.

Ukraine cannot withstand a long war of attrition, in which the Russians lay waste to the country with unlimited artillery, rocket, and air strikes.

The West’s drip, drip, drip of heavy weapons — always too little and too late to prevent Putin’s war crimes from the air — is helping to kill Ukraine slowly. As NATO nations meet, they must decide whether they want to permit Putin’s terrorist attacks to continue — or whether they will finally accelerate the shipments of weapons that Ukraine needs to win.

Trudy Rubin is a columnist and editorial-board member for the Philadelphia Inquirer, P.O. Box 8263, Philadelphia, Pa. 19101. Her email address is [email protected]