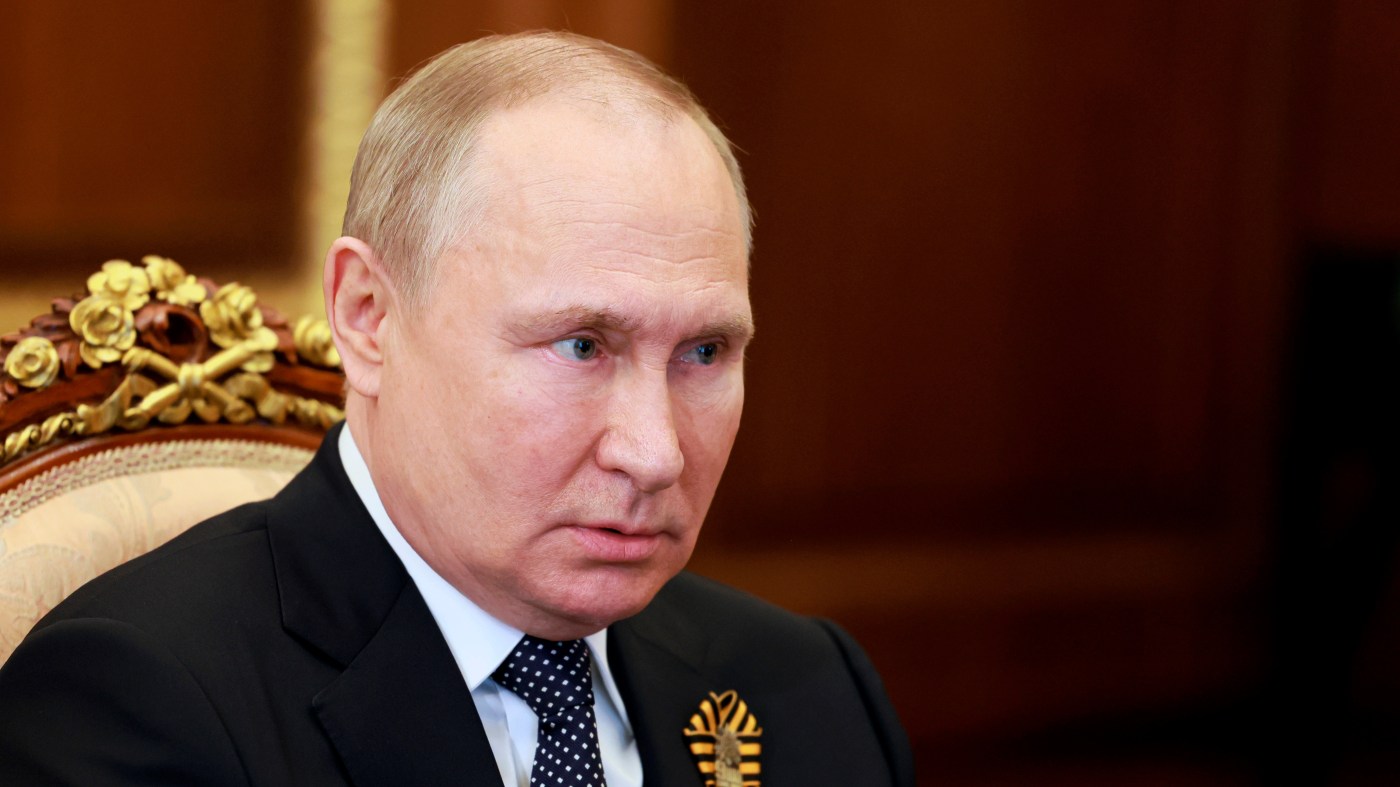 Last month marked an uncomfortable anniversary for Russian President Vladimir Putin. On that day in 1939, Nazi Germany and the Soviet Union entered into a partnership that paved the way for war just one week later.

Defending Soviet dictator Josef Stalin’s decision to formally collaborate with Adolf Hitler to secretly carve up and suppress Central and Eastern Europe is becoming more and more difficult for a man not only bent on whitewashing and reinterpreting history but also in light of the war he launched to “denazify” Ukraine.

Besides a formal treaty of nonaggression, the Nazi-Soviet Pact inked in Moscow was also an act of revisionist revenge against the West. From August 1939 until June 1941, the two allies systematically dismantled the post-1918 system forged by the British-French-American triumvirate at Versailles, replacing it with a totalitarian system rooted ideologically in either fascism or communism that inspired fear, repression and extermination.

After World War I, a rules-based order reflecting democratic values was envisioned as the key pillar to enforce peace in Europe. Nations that emerged or reemerged in Central Europe — Czechoslovakia, Estonia, Finland, Hungary, Latvia, Lithuania and Poland — would be members of a broader trans-Atlantic community, their security underpinned by U.S. strength. This vision was immediately cut short when the U.S. withdrew from Europe, abandoning international leadership for isolationism. Europe’s oldest democracies, Great Britain and France, both reeling from the effects of war, were unable to bear the burden of successfully stabilizing the continent. Lacking strong democratic sponsors caused some to look toward growing radical movements as political models. The civil war in Spain foreshadowed how Europe’s future might be a contest between fascism and communism.

Twenty-two months of collaboration between two of modern history’s most ruthless dictators represented a dark time for Central and East Europeans. Poland was partitioned between Hitler and Stalin. Estonia, Latvia and Lithuania were directly annexed into the Soviet Union, paving the way for the seizure of parts of Romania and Finland later. Much of these territories were directly incorporated into the Soviet Union or in its sphere of influence from 1945 until 1990. Trade between the two allies drove Hitler’s war machine against France and Great Britain while supplying Stalin with vital military technology. Stalin organized sham referendums to legitimize his land grab, such as in eastern Poland. All those deemed enemies were rounded up and either imprisoned or deported deep inside Russia to penal and hard labor colonies or executed in remote locations, such as the forests in Katyn, Poland.

Eighty-three years later, Putin is reemploying these tactics in Ukraine.

His forces are guilty of brutal war crimes in cities such as Bucha. Possibly millions of Ukrainians, including children, have been forcibly deported to “filtration camps” in far-off Russia. It’s also been revealed that his cohorts plan to hold sham referendums in places such as Kherson or Zaporizhzhia to “express” their desire for federation with Russia once fully under Kremlin control.

Putin’s attack and reinvasion of Ukraine is Europe’s first war of conquest since 1939. Although he entered into no formal pacts before striking — Russia’s use of Belarusian territory as a springboard being a gesture of friendship from strongman ally Aleksander Lukashenko — the war is supported by as much as three-quarters of the Russian population. Recent videos of Russians — tourists or those living in places such as Estonia or Latvia — verbally accosting anyone publicly criticizing Putin or purported diplomats vandalizing symbols of solidarity with Ukraine in Ottawa and Washington are evidence of a society enabling the war machine. This has the makings of a social compact driven by nationalist neoimperialism to destabilize European prosperity and security — a Putin-Russia Pact.

Putin and all those supporting him have cast a new historic burden on future generations of Russians — coming to terms not only with an episode of collaboration with Nazi Germany but also with a vicious campaign aimed at liquidating the Ukrainian nation.

The war strengthened relations among Central Europeans in Poland, Lithuania, Latvia, Estonia, the Czech Republic, Slovakia and Romania and their Western allies — Canada, the United States and the United Kingdom. This is precisely the partnership that these nations sought in 1939 to prevent Nazi-Soviet collaboration from casting Europe into a spiral of brutal oppression. After once experiencing decades of Soviet occupation and lying on NATO’s eastern front today, they can best explain why Ukraine must be armed to defeat Putin and his Russian forces.

Coordinated support for Ukraine’s fight has been the top priority of Central Europeans since Feb. 24. Their next task will be shepherding a victorious Ukraine into Western institutions such as the European Union. Doing so will deal a decisive blow to the historic consequences of the Nazi-Soviet Pact and Putin’s latest imperialist designs.

Pawel Markiewicz wrote this column for the Chicago Tribune.