QB Nick Mullens looked good facing the Vikings, and now he has joined them – Twin Cities 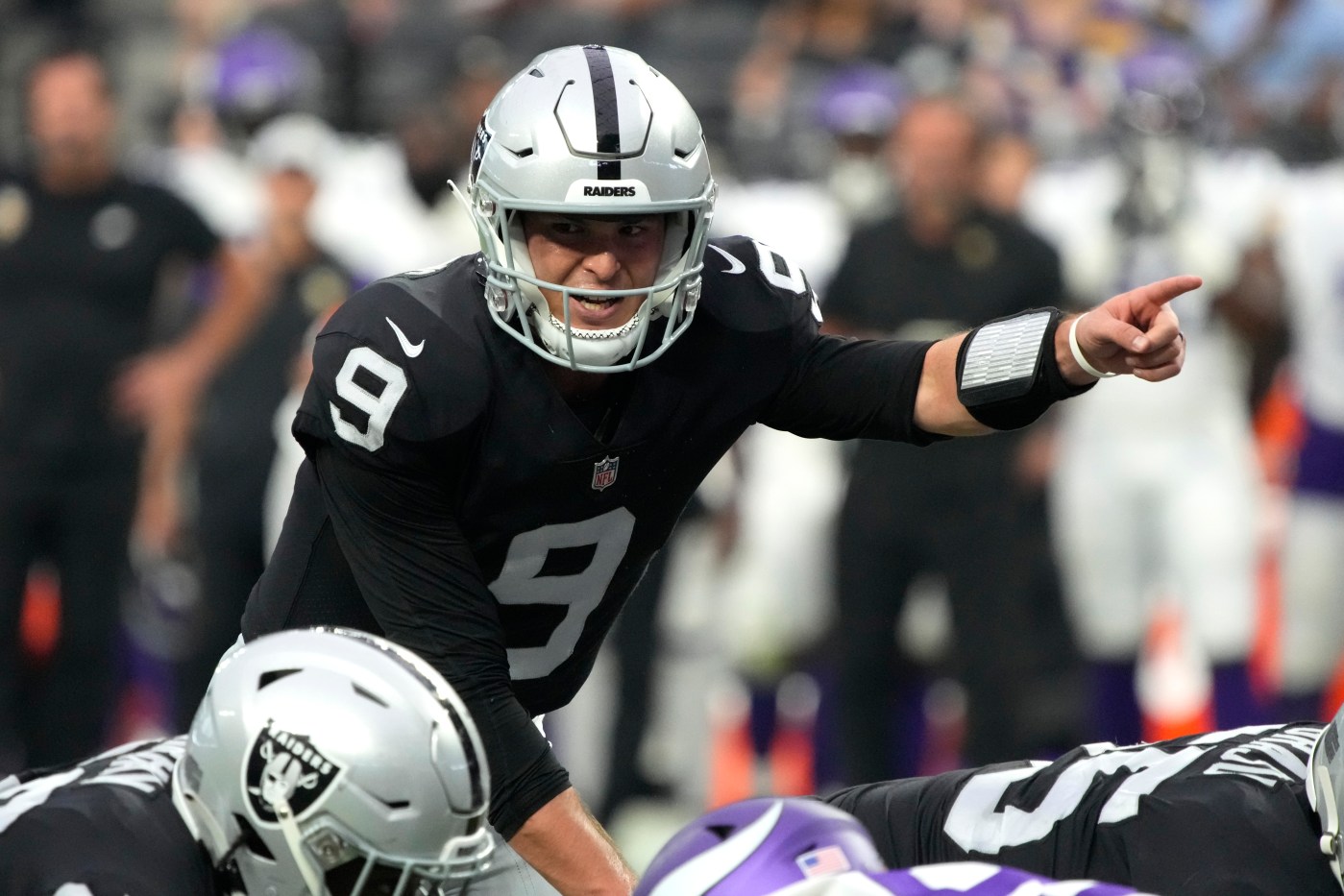 As it turned out, Nick Mullens had a job interview in Las Vegas on Aug. 14.

On that day, Mullens came up big at quarterback for the Raiders in a preseason game against Vikings at Allegiant Stadium, completing 7 of 9 passes for 94 yards and a touchdown. Eight days later, on Monday, the Vikings traded a conditional seventh-round pick to Las Vegas for Mullens.

“I view it as anytime you’re out there on the field, you’re putting your resume on tape, basically,’’ Mullens said after taking part Tuesday in his first Vikings practice. “And I’ve kind of kept that mindset really through my (career) is any time you’re playing, any time in front of people watching, that’s an interview. And so I’ve got to take advantage of it when the opportunities come.”

For Mullens to take full advantage of this opportunity, he likely will need to become Minnesota’s backup behind Kirk Cousins over Sean Mannion and Kellen Mond. Many assume that will be the case, but Mullens said he has been promised nothing so far.

“I’ve just got to stay focused on what I’m here to learn, here to produce, here to focus, and I’ve just got to keep getting better every day and take one day at a time and basically do what I’m told and take advantage of my opportunities when I get them,’’ he said.

Mullens is entering his sixth NFL season after spending time with San Francisco, Philadelphia, Cleveland and Las Vegas. He said his stints with the 49ers from 2017-2020 and with the Browns in 2021 were in offenses similar to Minnesota’s

Mullens took part in individual and position drills Tuesday but didn’t get any reps in team work. Those went to Cousins and Mannion.

Offensive coordinator Wes Phillips said it hasn’t been determined if Mullens will play in Saturday’s exhibition finale at Denver. For now, Mullens will need to spend a lot of time studying to learn the offense.

“I just met him (Tuesday), so how long is it going to take?’’ Phillips said. “That’s going to depend a lot on him. So I don’t know a lot about mental capacity and exactly terminology, but I know he’s familiar with a lot of concepts that we run. It’s just a matter of transitioning that language.”

Phillips said he gained some familiarity with Mullens when they both were in the NFC West in 2019 and 2020. Phillips was then tight ends coach for the Los Angeles Rams.

“I always thought he was a great competitor,’’ Phillips said. “Quick release, good feet. … Kind of liked him from afar, and then as I watched more tape, I’m really excited to have him.”

After learning about the trade Monday morning, Mullens packed and flew to the Twin Cities, arriving in the evening. He passed his physical on Tuesday morning, making the deal official.

After the trade went down, Mullens said he received messages welcoming him to the Vikings from Cousins and center Garrett Bradbury. Mullens met Cousins once at a Pro Athletes Outreach event attended by Christian NFL players, and he has played golf with Bradbury.

“Got to talk to him,’’ Mullens said of previously meeting Cousins. “Obviously, a great role model, leader, a very productive quarterback in this league. So it’s going to be cool to be around him and other quarterbacks. … Any time you have a connection with a teammate, a player, you could say that helps.”

It also helps that Mullens had a recent strong outing against the Vikings, with a passer rating of 147.2. That remains fresh in mind for wide receiver K.J. Osborn.

“It’s good for the team and good for the competition,’’ Osborn said of bringing in the quarterback. “He played well against us when we played the Raiders. From what I’ve seen, he was throwing a good ball (on Tuesday).’’

The Ravens finalized their one-year deal with edge rusher Jason Pierre-Paul on Monday, adding the…