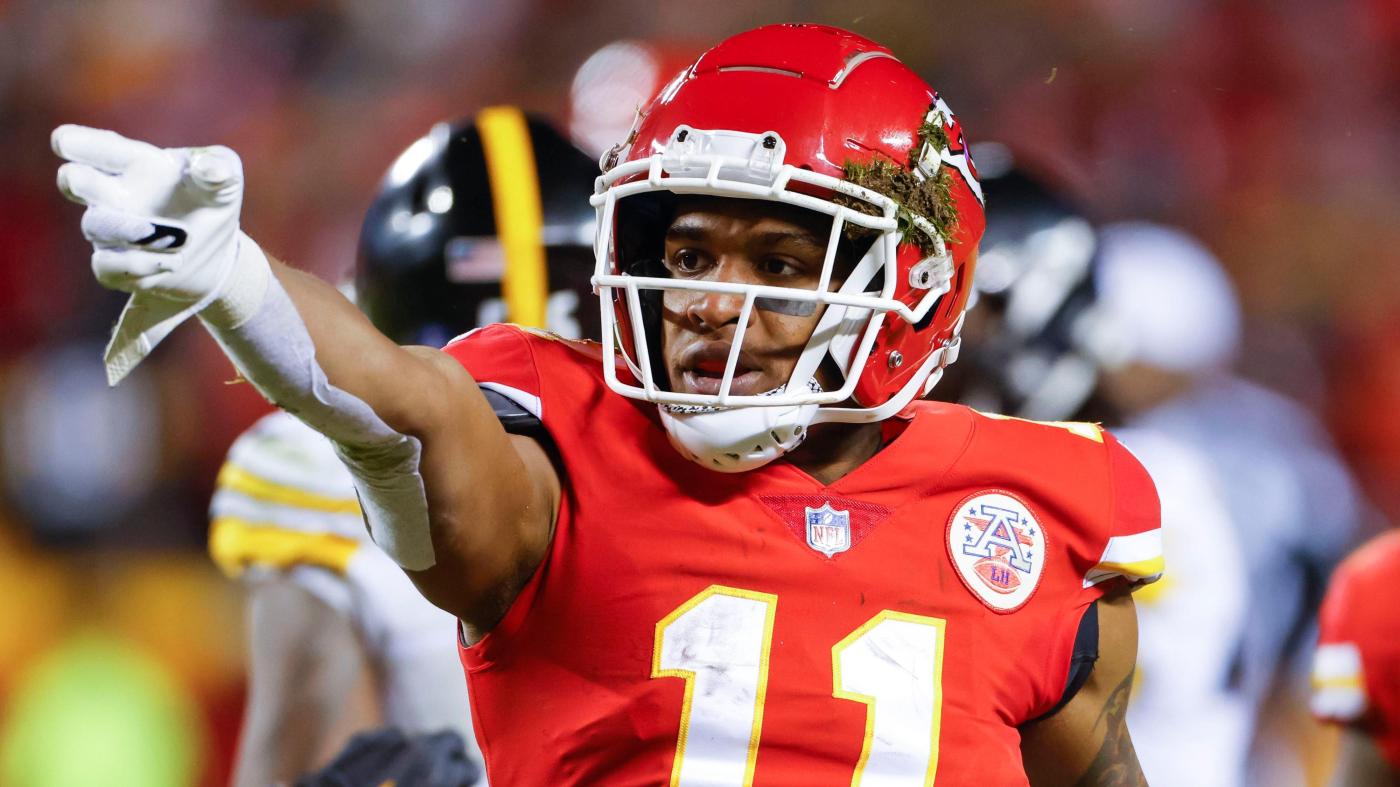 The Ravens have agreed to a deal with free-agent wide receiver Demarcus Robinson, his agent confirmed Friday on Twitter, addressing potential depth concerns at the position.

Robinson, 27, signed a one-year, $1.2 million deal with the Las Vegas Raiders in March but, in a surprise, was released during the first round of roster cuts Tuesday.

Robinson, a fourth-round pick out of Florida in 2016, spent his first five seasons with the Kansas City Chiefs. His best year came in 2020, when he had 45 catches for 464 yards, both career highs, and three touchdowns. Last season, he had 25 catches on 41 targets for 264 yards and three scores. In a Week 2 loss to the Ravens, he had three catches for 46 yards, including a 33-yard touchdown.

The 6-foot-1, 203-pound Robinson met with the Ravens on Friday, according to the NFL Network, which first reported the deal. Wide receiver James Proche II, a training camp standout, has missed over a week of practice with what coach John Harbaugh called a soft-tissue injury. Tylan Wallace left the Ravens’ preseason opener with a knee sprain. Projected starters Rashod Bateman and Devin Duvernay also missed time in camp.

Terms of Robinson’s deal were not disclosed. The Ravens, who face the Arizona Cardinals on Sunday night, must cut their roster to 80 players by Tuesday and to 53 players by Aug. 30.