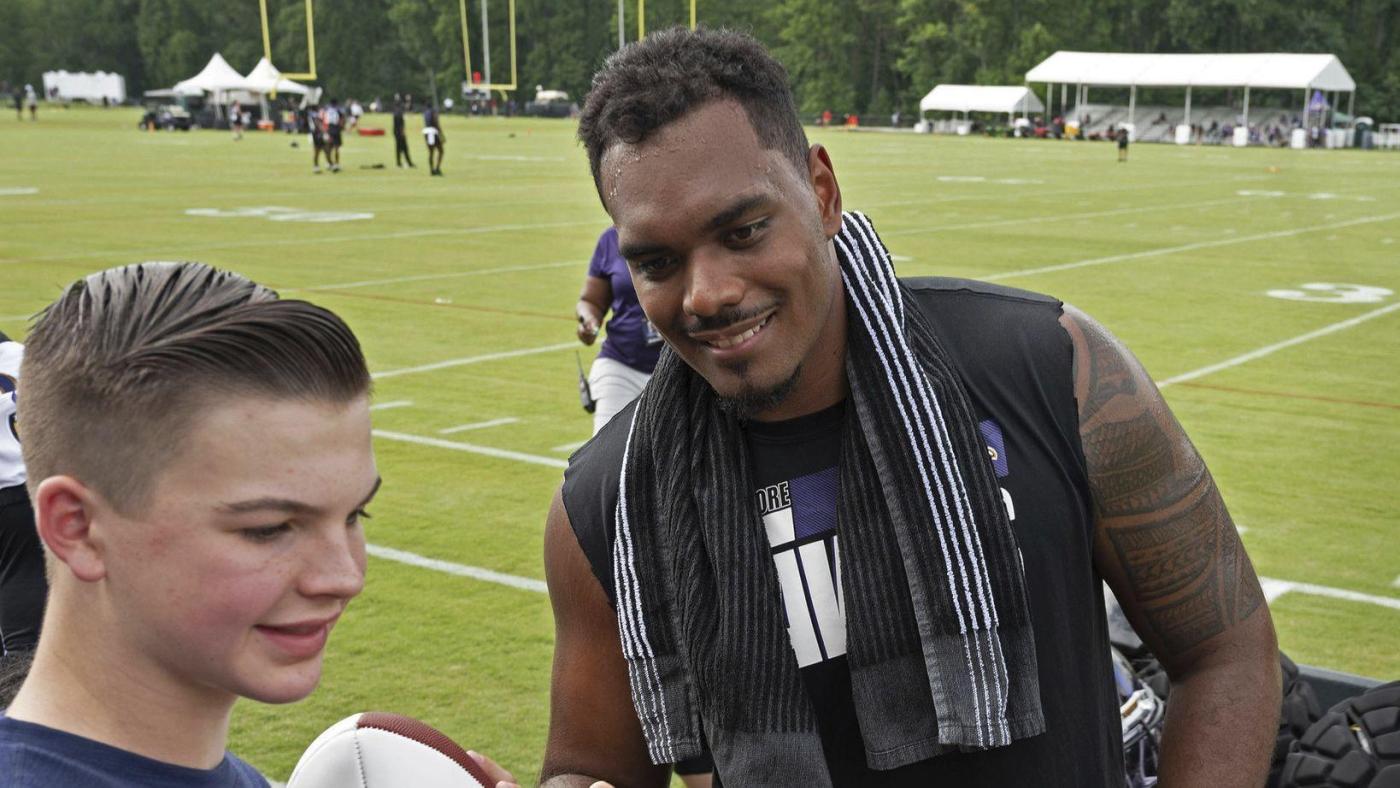 Ronnie Stanley is one step closer to playing in the Ravens’ season opener. Outside linebacker Tyus Bowser’s 2022 debut, however, will have to wait.

Stanley, the All-Pro left tackle who’s been sidelined by ankle injuries over the past two years, passed his physical Friday and has been removed from the physically-unable-to-perform list. His return to practice next week could put him on track to play in the Ravens’ Week 1 game on Sept. 11 against the New York Jets.

Bowser, still rehabilitating a torn Achilles tendon, will miss at least the team’s first four games after being placed on the reserve/PUP list Friday. The Ravens’ 2021 sack leader has not been cleared to practice and now can return as early as their Week 5 game against the Cincinnati Bengals, an absence that further depletes a thin outside linebacker group.

After a breakout 2019, Stanley played in just six games in 2020, with his last coming just two days after he signed a five-year contract extension that made him one of the NFL’s highest-paid offensive linemen. His season-ending left ankle injury in November 2020 required two operations and delayed his return to training camp until last summer. Stanley started in the Ravens’ 2021 season opener against the Las Vegas Raiders but struggled in the overtime loss, allowing one quarterback hit and eight hurries, according to Pro Football Focus.

It was his first and last game of the season. Stanley didn’t return to practice afterward, and coach John Harbaugh declined to comment on his availability. He was placed on injured reserve after undergoing his second season-ending ankle surgery on Oct. 19.

Stanley told The Athletic in November that he “maybe … should have waited a little bit longer, whatever the case may be, build up a little more strength around this ankle,” before returning to action. “I think I could have just used a little more time.”

Harbaugh said Tuesday that, in workouts with the team’s athletic training staff, Stanley “looks like he’s in really good shape.” If Stanley returns to practice Monday, he would have about two weeks to prepare for the season opener, less than the three weeks Harbaugh had hoped for. If Stanley’s unavailable in Week 1, the Ravens would likely turn to Ja’Wuan James, who last started a game in 2019.

“Could you speed [the timeline] up a little bit if they look really great at practice?” Harbaugh said. “You probably could. We’ll just have to see how it goes and see how they feel. A lot of it is how the player feels at that point.”

Bowser tore his Achilles tendon in the Ravens’ Jan. 9 regular-season finale, but Harbaugh was hopeful only weeks later that he would be back for the start of the season, if not in time for training camp. Bowser declined earlier this month to speculate on whether he’d be available for Week 1, saying, “Whenever I’m ready, I’m ready.” Harbaugh had said Tuesday that Bowser “looks like he’s in really good shape.”

With Bowser sidelined, the Ravens will be without perhaps their most versatile outside linebacker and an ascending edge rusher (career-high seven sacks in 2021). His absence could also force general manager Eric DeCosta to look for defensive help, either in free agency or in the team’s class of undrafted rookies.

Outside linebacker Odafe Oweh is poised for a breakout second season but, like reserve Daelin Hayes, dealt with injuries as a rookie. Justin Houston, another projected starter, is 33 years old, and reserve Steven Means turns 32 next month. Second-round pick David Ojabo, who’s also recovering from a torn Achilles tendon, isn’t expected to be healthy until at least midseason.