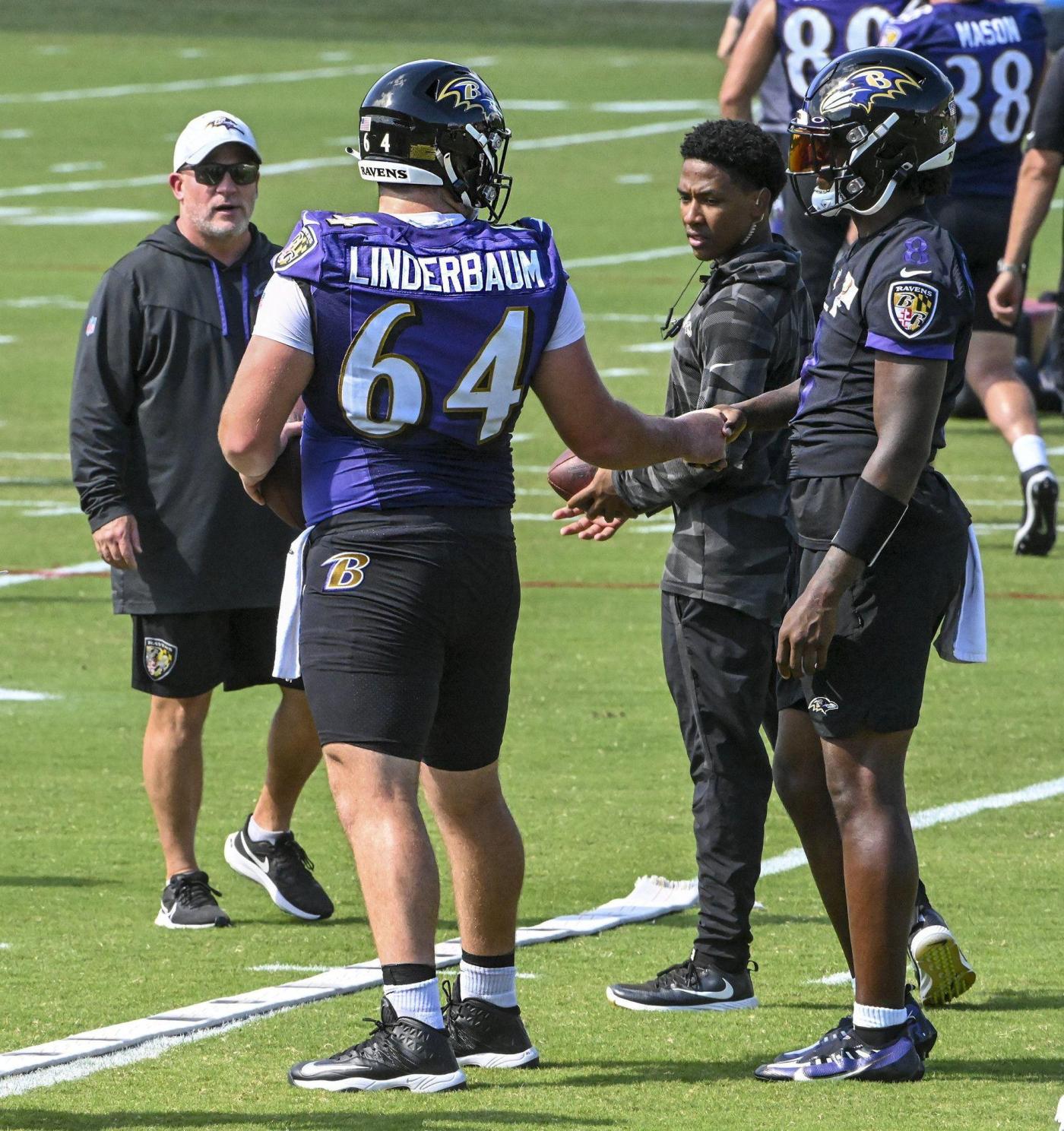 Lamar Jackson will not play in the Ravens’ preseason finale Saturday, coach John Harbaugh announced Thursday, marking the first time in the quarterback’s five-year career that he will be held out of an entire preseason.

The decision to again sideline Jackson and likely other starters against the Washington Commanders reflects a broader reversal in team strategy after one of the most injury-marred seasons in recent NFL history.

In last year’s preseason finale, long considered a dress rehearsal for the regular season, the Ravens played most of their starters for at least a series, with some getting more than a third of the team’s snaps. Through the Ravens’ two preseason games this month, however, just two projected offensive starters — running back Mike Davis and left guard Ben Powers — and three projected defensive starters — defensive linemen Justin Madubuike and Michael Pierce and outside linebacker Odafe Oweh — have played, and then only sparingly.

In March, Harbaugh said keeping the Ravens healthy was “priority one, for sure, along with being really good and making sure we put a good team on the field and we’re prepared.” The organization has recalibrated the team’s offseason program and preseason schedule over the past year, moving training camp practices from the morning to the afternoon, emphasizing flexibility in its workouts, carefully monitoring workloads and even naming a new head athletic trainer.

Saturday’s game at M&T Bank Stadium comes 364 days after Ravens running back J.K. Dobbins suffered a season-ending knee injury on a first-quarter screen pass in the team’s preseason finale against Washington. Dobbins, who appeared poised for a breakout second season in Baltimore, was not cleared to return to practice until Aug. 8, and his availability for Week 1 remains unclear. He didn’t practice Thursday.

In the days after the Ravens’ 37-3 win at FedEx Field, which extended their preseason streak to an NFL-record-breaking 20 games, Harbaugh acknowledged the second-guessing of his decision to play starters like Dobbins in a relatively meaningless game. “It’s a fair conversation,” he said. Harbaugh noted that while “great teams in the AFC” played their starters, other teams “don’t play their starters even one snap.”

“I know we’re farther down that road than we’ve ever been; we played our guys so little this offseason,” he added. “It’s just been how we’ve done it. But anytime a guy gets hurt, you ask yourself those questions.”

The season that followed prompted a deeper reckoning in Baltimore. Even before Dobbins’ knee injury, Ravens rookie wide receiver Rashod Bateman had undergone surgery to repair a core muscle injury, inside linebacker L.J. Fort had suffered a season-ending ACL injury, and defensive end Derek Wolfe was suffering from hip and back injuries that would ultimately end his career. Three days before the season opener, running back Gus Edwards and cornerback Marcus Peters suffered season-ending knee injuries just minutes apart at practice.

Left tackle Ronnie Stanley (ankle), cornerback Marlon Humphrey (pectoral), safety DeShon Elliott (biceps/pectoral), tight end Nick Boyle (knee) and Jackson (ankle), all Week 1 starters, also would miss significant time with injuries. According to the analytics website Football Outsiders, no team over the past two decades, even when prorated for a 16-game season, has had more injury-related personnel losses than the 2021 Ravens.

After the season, Harbaugh said the Ravens would “change a lot” about their approach to injury prevention. About a month into training camp, they’ve lost only one projected contributor, outside linebacker Vince Biegel (Achilles tendon), to a season-ending injury. Rookie defensive lineman Travis Jones will miss three to five weeks with a knee sprain, Harbaugh said Tuesday. Outside linebacker Tyus Bowser (Achilles) and Stanley have yet to return to practice as they continue their rehabilitation.

Even with fewer padded practices in camp, and only a handful running longer than two hours, Ravens coaches have expressed happiness about their team’s development. The Ravens beat the Tennessee Titans handily in their preseason opener before holding off the Arizona Cardinals on Sunday, their 22nd straight preseason win.

“You definitely know our philosophy here on how we operate,” first-year defensive coordinator Mike Macdonald, who first joined Harbaugh’s staff in 2014, said Wednesday. “We’re an organization built on hard work, so we’re going to go put hard work in. So that’s definitely important. I think that if we knew the magic number of reps, everyone would do it. It’s kind of like if there was one magical defense out there, everyone would run it the whole time.

“So I think that it’s something that you’re just trying to work, and there’s a lot of research that goes into it with all of the guys off the field, behind the scenes trying to figure out loads and things like that. Communication with the players on how they’re feeling. ‘Harbs’ deserves a lot of credit on knowing when to push and when to hold back as well, so he just has a great feel for that.”

Jackson, who’s set to enter this season on the final year of his rookie contract, deflected questions last week about whether he wanted to play in the preseason. His preseason workload has decreased since his rookie year in 2018, when he played all four games. In 2019, ahead of his first season as a full-time starter, Jackson played in only the first two of the Ravens’ four preseason games. In his first regular-season game that season, he posted a perfect passer rating in a blowout win against the Miami Dolphins.

The NFL canceled its 2020 preseason slate amid the coronavirus pandemic, and Jackson played just 10 preseason snaps last year, all against the Commanders. Ravens offensive coordinator Greg Roman, who’s coached in the NFL for over two decades, said he couldn’t recall having worked on an offense that sat most of its starters throughout the preseason.

“But when I sit back and try to think logically through it … I think back to a series here and a series there that we’ve played — what has that really gotten us? Did it make us feel better?” he said Wednesday. “It’s like, ‘I feel better; I saw him go out and execute these four basic plays and put a drive together.’ And that’s good; there’s nothing wrong with that. … I’m not worried about it. We’re just full steam ahead, preparing with no concerns. But how much did that really gain us? I don’t know. I’ll get back to you on that.”

A lot went right for the Wild last season, mostly on offense, which Minnesota rode…