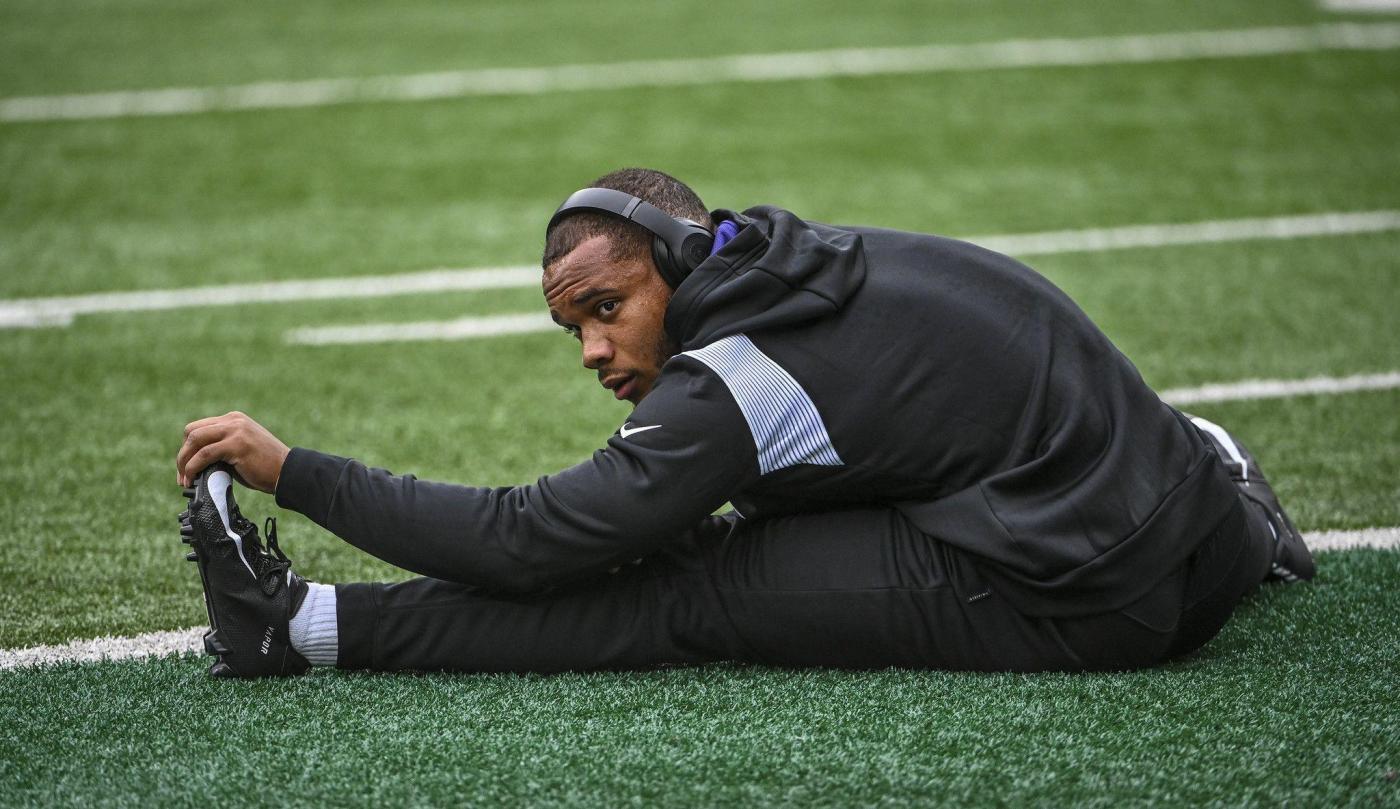 Ravens running back J.K. Dobbins said Friday that he feels “amazing” more than a year after suffering a serious knee injury, but he doesn’t know whether he’ll play in Sunday’s home opener against the Miami Dolphins.

Dobbins, the team’s most talented running back, practiced fully Thursday for the first time since he tore the ACL, LCL and meniscus in his left knee, along with his hamstring, during the Ravens’ 2021 preseason finale. He called it “one of the toughest injuries I’ve had.” Coach John Harbaugh declined to comment on the team’s injury situation after practice Friday; the injury report will be released Friday afternoon.

“We’ll see,” Dobbins said in his first meeting with reporters since the injury. “That’s the answer I got to give you. But I don’t know. I truly don’t know. Maybe, I am, maybe not. We’ll see.”

Dobbins, who led all NFL running backs in yards per carry as a rookie, was cleared to practice in training camp in early August and has been slowly ramping up. He said the rehabilitation has tested his patience but that he understands the Ravens’ caution. Conversations with New York Giants running back Saquon Barkley, who tore his ACL early in the 2020 season, helped him keep perspective.

“I’ve never been injured like this before,” he said. “It’s super hard to be patient. My work ethic is the thing that makes me not patient. I always want to be out there. I always want to be working. When I’m not, I feel like I’m missing something. Being patient is part of this process. I’m getting better at it each day and learning, which is a part of this process and this long career that I hope and pray that I have.”