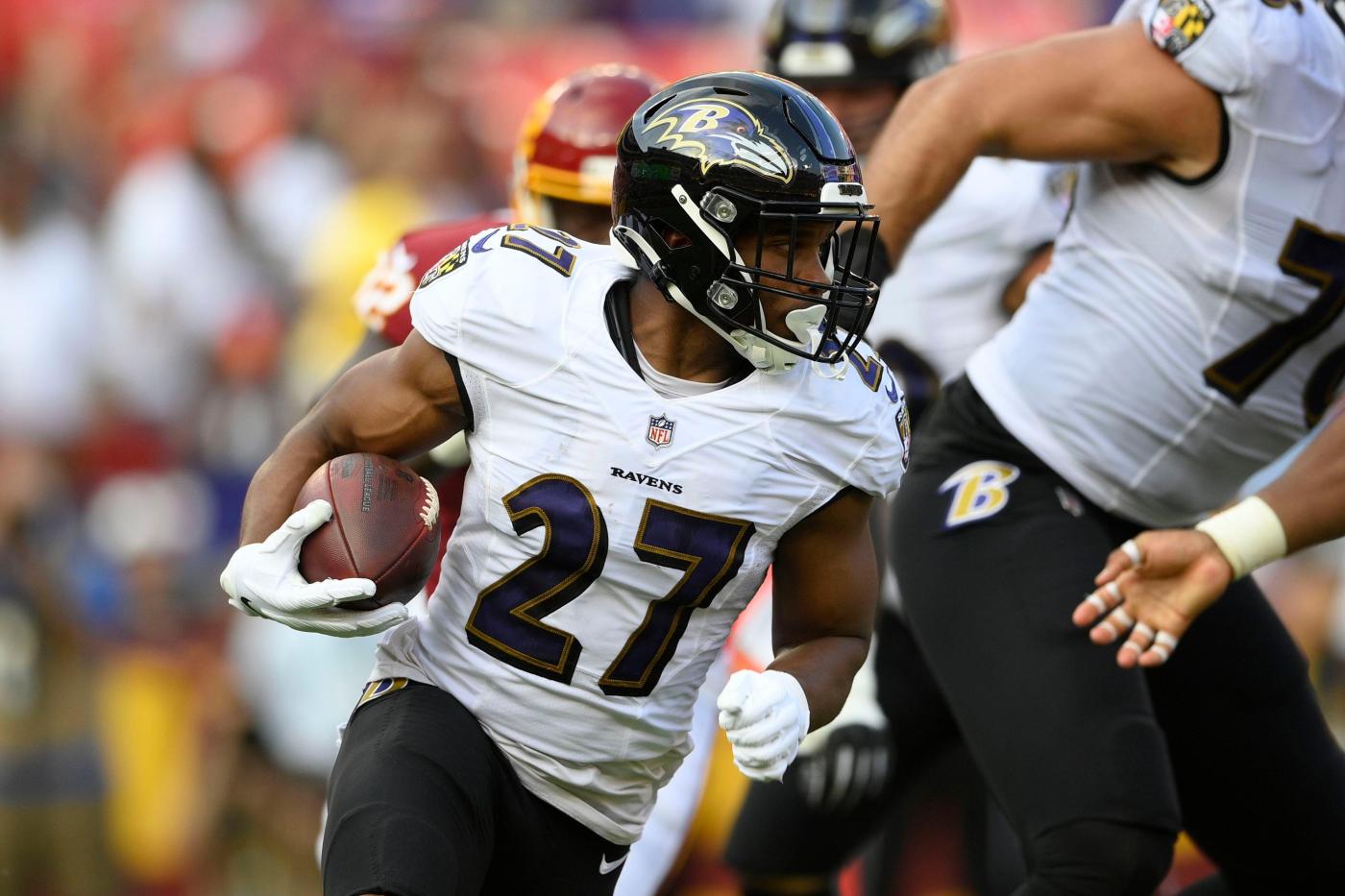 The Ravens placed six players on the physically-unable-to-perform list Friday, five days before their first full-team practice of training camp.

Players can be moved off the PUP list any time before the start of the regular season.

Dobbins, Edwards and Peters all tore their ACLs before the start of last season, part of a rash of injuries that led to the Ravens finishing 8-9 and missing the playoffs for the first time since 2017.

“I’d say they’re all on schedule, but what is the schedule?” coach John Harbaugh said last month when asked about the status of Dobbins, Edwards and Stanley. “The knee injuries are a little tougher to say what the schedule really is. So, [if] you talk to J.K. [Dobbins], he’s the starting running back today, [and] he should have been practicing today, but he’s got work to do still, [and] so does Gus [Edwards]. But they’re both doing great. We’ll see how they look when they come back and all that.”

Last week, Dobbins tweeted that his rehab was going so well that he might not even start training camp on the PUP list. His tweet was in response to an NFL Network report that said the 2020 second-round pick was “no sure thing” to be ready for Week 1.

“I’m damn sure going to be ready for week 1,” Dobbins said.

Harbaugh said last month that Stanley’s left ankle is looking great and that the All-Pro tackle’s mission is “to get in the best shape of his life and get ready to play football, and that’s what he’s been working on.” Stanley has played just one game since suffering the injury Nov. 1, 2020, less than a week after he signed a five-year extension reportedly worth $112.9 million overall.

The Ravens have been hopeful that Bowser, who tore his Achilles tendon during the regular-season finale against the Pittsburgh Steelers, could return by the 2022 season opener on Sept. 11 against the New York Jets. In a recent video posted on social media, Bowser is shown doing agility work and moving well.

Washington, who signed as an undrafted free agent in 2021, was placed on injured reserve midway through last season after suffering a broken foot.