Readers sound off on SCOTUS’ legitimacy, the primaries and Mets announcers – Twin Cities 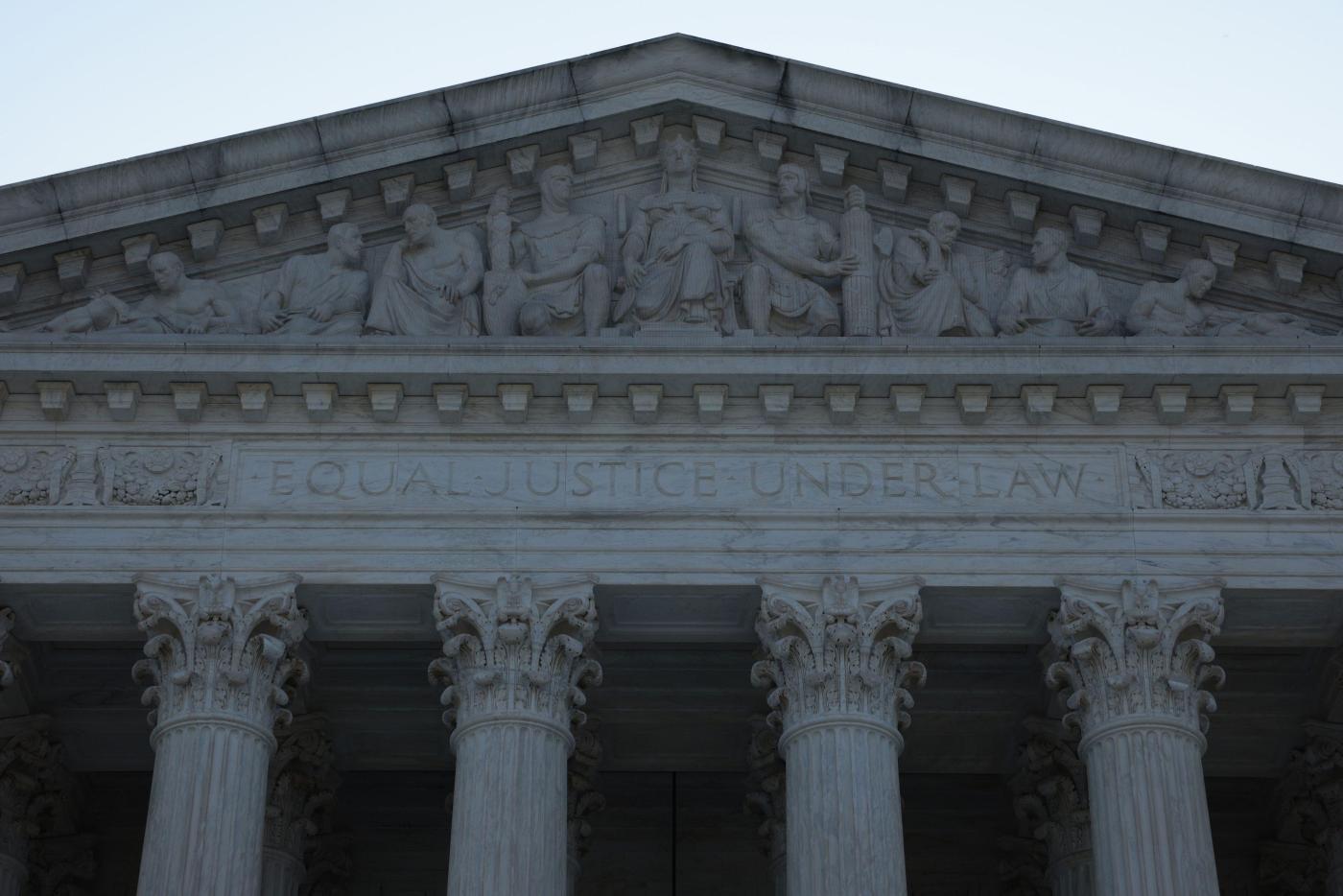 If it outlives its use, can we pull the plug?

Rockaway Park: After the strange judgments the Supreme Court has issued, I’m beginning to wonder if we really need them. I’m not aware of any other countries having a system like ours, and the lifetime tenure law was made under the mistaken belief that if the justices are given assurances that they will be able to stay in power for as long as they want, they will not be affected by outside influences.

That would work if, for example, the justices were always sequestered in a room like jurors who have to decide on a verdict, but that is not the case. They go home to their families every day like ordinary workers, are able to read the newspapers, magazines, watch their favorite news programs, have spouses who might have jobs that are affected by their decisions, etc.

It seems as if lifetime tenure is really too long, especially in the case of the present Supreme Court, whose members are biased by their religion and by their spouses. We have a whole other system of laws that work perfectly fine for us. We have the president and vice president and the two branches of Congress, the Senate and the House of Representatives. We also have lesser courts that can decide on laws that come up for renewal or debate.

Let’s close down the Supreme Court. It is obviously biased and we have no way of voting these biased people out! Ruth Graves

Bronx: To those who think they see today’s “Red & Rover” comic online, take a look at the copyright date. You are reading reruns from the same day in 2019. Marc Menchise

Brooklyn: If we really care about children and the future of the U.S., we need to support public education to a much greater extent. Slashing school budgets and treating teachers poorly is disgraceful. People who gripe about their real estate taxes show little respect for the children and schools in their region. Too many politicians and TV show hosts make ridiculous statements about school curriculum and want to interject religious beliefs instead. Stop making public schools a battleground. Increase funding for the benefit of our young people. Ellen Levitt

Great Neck, L.I.: The 2022 Democratic and Republican Party congressional and state Senate primary has come and gone. This reminds me of “The Outer Limits,” a 1960s television show. With the end of round-the-clock commercials by politicians, political action groups and pay-for-play special interest groups, we now return control of your television back to you until the November general election cycle. No more candidates’ campaign mailings clogging mailboxes and weighing down our hard-working postal employees. Finally, some peace and quiet! Now, if only all the winning and losing candidates would pick up the thousands of campaign signs that litter our roads and highways to clean up our environment. Candidates’ campaign volunteers and paid staff who placed signs can collect and properly dispose of them. Why not also have some who have been sentenced to community service help out as well? Larry Penner

Marlboro, N.J.: To Voicer Mel Moskowitz: Great idea you had to relocate and swing the states from red to blue. Genius! Uproot all you have — family, friends, your job! — and head northwest, young (or old) men and women. When are you heading out? Lead the way, we’ll meet ya there. Howie Winick

Mastic, L.I.: The reality is we all know what the problem is: an incompetent President Biden, an incompetent vice president and a Democratic Party that supports the disaster at our southern border. The border states are being overrun with illegal immigrants, drug traffickers and criminals. Biden and his administration just ignore the mess they created and pretend all is well. Well, it’s time to show them all is not well. We must continue to send these migrants to all these ultra-liberal states that want open borders. Let them deal with this. Send them to NYC, California, D.C., Delaware, Chicago, Philadelphia, etc. and make them pay for a totally unnecessary problem they created by not closing the borders. We can’t have or support an uncontrollable immigration policy. It’s not sustainable. Gene Lindsay

Holliswood: To Voicer Tom McGuire: First, please don’t bring my mother into any disagreement you have with my letter. Second, work on your reading comprehension skills. Since our governor wants “transparency,” I wrote that anyone who gets a government check or benefit should be public information — rich, middle-class or poor makes no difference. Transparency is transparency. Gregory W. Chupa

Valhalla, N.Y.: I’m glad that we as a country are helping Ukraine vs. the menaces in Russia. A question: All these billions of dollars we’re spending there, is it a gift or a loan that we expect to saddle on Ukraine to make their lives more miserable after this b.s. war? Like many Americans, I’m sure, I will be okay with it being a true gift of aid for Ukraine, but is that the way it is? Many Americans want to know. Thank you, Mr. Biden — if you’re even aware of what’s going on! Michael Grisanti

Cortlandt Manor, N.Y.: I have really been enjoying the Putin price reduction on my gasoline. Just yesterday, it only cost me $75 to fill up my SUV. Thanks, Vladimir! Michael P. Devine

Ozone Park: The column by Chris Thurman (”Thank you, Donald Trump, may we have another?” op-ed, Aug. 24) once again spelled out the trauma and suspicion wrought by Trump on this country. It has gotten so bad that I am now hesitant to say anything that could be misconstrued as showing that I am a Trump hater. In the back of my mind, I think, “Is this person who I have known for a long time a Trump devotee and is he marking me for being anti-Trump?” This paranoia has to stop. Ray Hackinson

Forest Hills: Tuesday’s “Bramhall’s World” cartoon brilliantly captures the twin realities regarding the recent announcement made by Dr. Anthony Fauci, the preeminent infectious disease expert in the country, to retire at the end of this year and the lingering toxic effects of having Donald J. Trump still in the American zeitgeist. He definitely has spread a disease other than COVID all throughout his one disastrous term in office. It’s called “Trumpism” and it doesn’t appear to be waning anytime soon. May I offer a remedy: Indict the lawless ex-president already! This could be the first step in having him assume a less prominent place in American politics. Ron Gersh

Fairfield, Conn.: I would like to thank Voicer Gabriel Pompe for my laugh of the day. He said, “Trump is a breath of fresh air compared to most mealy-mouthed politicos who are terrified to give a straight answer until they run it by a focus group.” Did you actually use the words Trump and straight answer in the same sentence? I’m still chuckling. Thanks, Gabriel! Stephen Johnson

Garwood, N.J.: Full disclosure, I am a lifelong Yankee fan. But on Tuesday night, the game vs. the Mets was being shown only on Amazon Prime and I refuse to pay $1 more above my cable sports package to either the Yankees, YES Network or especially Jeff Bezos. So what I did for only the second time in my life — I watched the game on SportsNet New York, the Mets channel. Listening to Gary Thorne, Ron Darling and Keith Hernandez was such a breath of fresh air compared to the egomaniac Michael Kay and metrics mush-mouth David Cone. He and all the other Yank announcers never have the nerve to tell Kay he’s wrong, no matter the subject. The Mets announcers didn’t talk the entire game about themselves or dwell on the past for nine innings. It’s too bad the Yanks and YES don’t wake up and bring some new and interesting voices into the booth. John Deichmeister