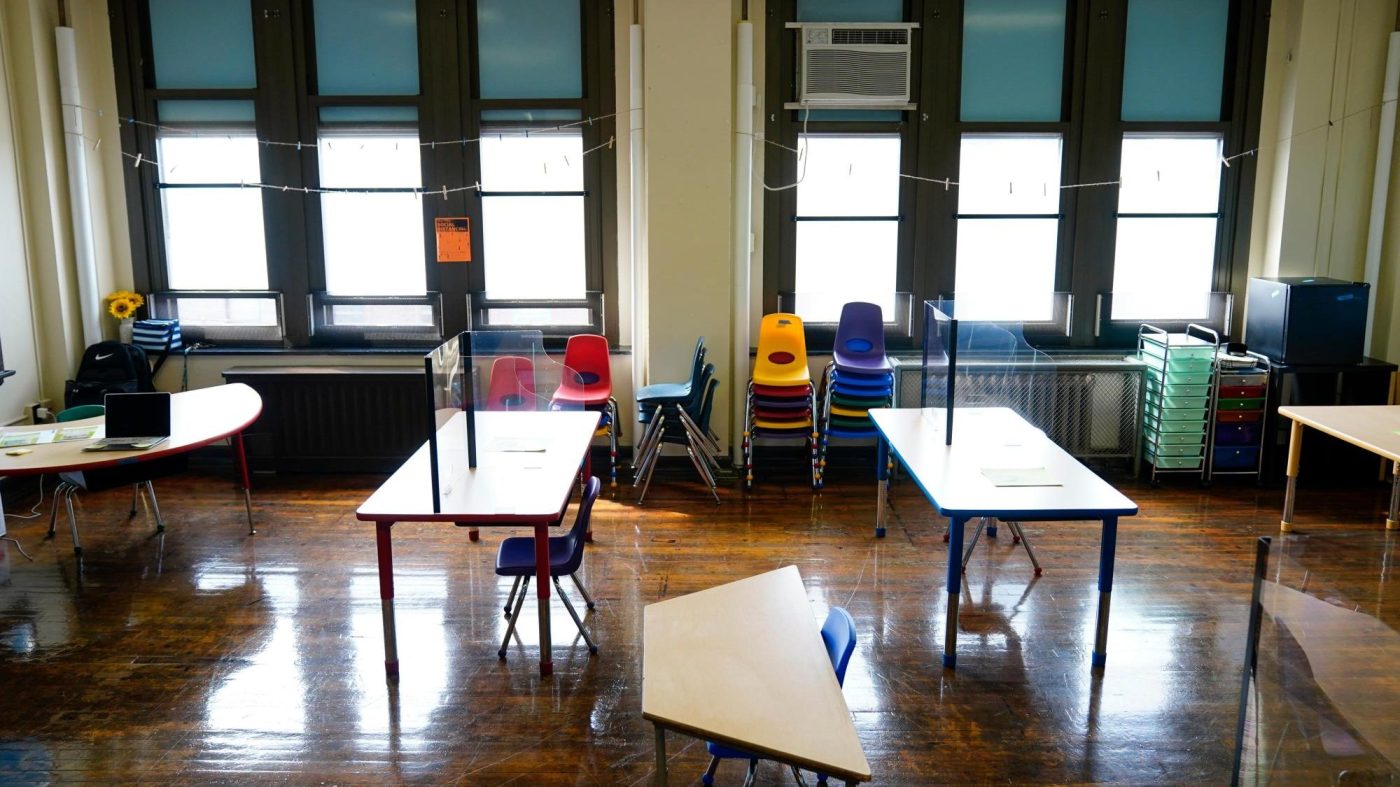 WASHINGTON (AP) — Math and reading scores for America’s 9-year-olds fell dramatically during the first two years of the pandemic, according to a new federal study — offering an early glimpse of the sheer magnitude of the learning setbacks dealt to the nation’s children.

Reading scores saw their largest decrease in 30 years, while math scores had their first decrease in the history of the testing regimen behind the study, according to the National Center for Education Statistics, a branch of the U.S. Education Department.

The dramatic setbacks, which erased two decades of progress in American test scores, reflect years of upheaval for the country’s education system. Schools shut down for months at a time amid COVID-19 outbreaks. Many children spent a year or more learning from home. Virus outbreaks among staff and students continued the disruption even after kids returned to the classroom.

The declines hit all regions of the country and affected students of most races. But they were most dramatic for the country’s most vulnerable kids. Students of color saw some of the steepest decreases, widening the racial achievement gap.

Much of the nation’s standardized testing didn’t happen during the early days of the pandemic, so the findings released Thursday gave an early look at the impact of pandemic learning disruptions. Broader data is expected to be released later this year as part of the National Assessment of Educational Progress, also known as the Nation’s Report Card.

“These are some of the largest declines we have observed in a single assessment cycle in 50 years of the NAEP program,” said Daniel McGrath, the acting associate commissioner of NCES. “Students in 2022 are performing at a level last seen two decades ago.”

In math, the average score for 9-year-old students fell 7 percentage points between 2020 and 2022, according to the study. The average reading score fell 5 points.

“Due to inequitable and unjust school systems, students who are the most underserved continue to struggle academically both before and during the pandemic,” Forte said. “Decision-makers at all levels have not done nearly enough to address the long-standing resource inequities that prohibit Black, Latino and students from low-income backgrounds from reaching their full academic potential.”

A national association of superintendents said the findings are disappointing but not surprising.

Dan Domenech, executive director of AASA, said there’s encouraging evidence that schools are now investing in summer learning, mental health counselors and reading specialist. But experts have questioned whether schools are taking actions that are sweeping enough to address the magnitude of academic losses.

Geographically, all regions saw decreases in math, but declines were slightly worse in the Northeast and Midwest compared with the West and South. Outcomes were similar for reading, except that the West had no measurable difference compared with 2020.

Overall, the results paint a “sobering picture” of schooling during the pandemic, said Peggy Carr, commissioner of the NCES.

Federal officials say this is the first nationally representative study to compare student achievement before the pandemic and in 2022, when most students had returned to in-person learning. Testing was completed in early 2020, soon before the World Health Organization declared COVID-19 a pandemic, and in early 2022.

The Associated Press education team receives support from the Carnegie Corporation of New York. The AP is solely responsible for all content.