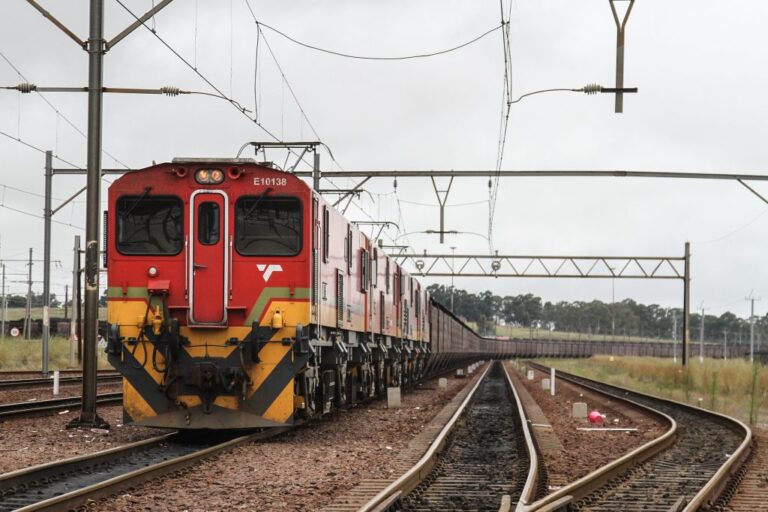 The Road Freight Association (RFA) believes it will take a miracle for most road freight to be moved to rail within the next five years.

Mbalula’s comments follow a horrific fatal accident near Pongola in KwaZulu-Natal last week. The collision between a truck and a bakkie claimed at least 20 lives, including 18 primary school children.

RFA CEO Gavin Kelly said there is nothing new in Mbalula’s comments about the movement of freight from road to rail other than the five-year target – and the movement of road freight to rail has been part of the Department of Transport’s policies and strategies for years.

“These discussions have been on the table, but the reality is nothing has come of those discussions and in the last five years we have seen whatever infrastructure we actually had destroyed,” said Kelly.

“How he [Mbalula] is going to get anything right in five years – bar a miracle – is beyond me.”

Kelly said Mbalula’s comments have been “driven by an accident” and not by “the last three decades of discussion and the collapse of logistics” in South Africa.

He questioned who will fund the movement of “most” road freight to rail.

“I don’t think it’s achievable. They are not even moving key sets of cargo like coal, ore or containers by rail so I don’t see it happening at all.

“The reality is this – and it isn’t just freight but in terms of moving people – that rail has failed us or we have failed rail,” said Kelly.

“We have not looked after it for whatever reason and where it now needs to play its role, it cannot because there is just so much decay.

“This is not going to be revitalising the rail network, it’s going to be a total rebuild in many cases.

“There are some lines that were built in the 1950s and 1960s that have not been looked after and upgraded. It’s a mammoth task.”

Kelly said efficiency, reliability, security and accessibility are not traits or terms commonly associated with rail services in South Africa. However, rail has to play its part in the movement of both passengers and freight.

He referred to the lines of trucks travelling to the various ports because the rail system is either unserviceable or there are problems at the ports, stressing that this cannot continue.

“We call on the minister to propose and show us this rail plan, because it’s going to be a joint effort of all the modes involved – not just rail,” said Kelly.

“And the customer will decide which mode to use and rail has to become efficient, reliable, secure and accessible otherwise we are going to throw good money after bad.

“That really raises the question as to who is going to repair or fix the rail system?

“This is a very important concept that needs to be discussed very carefully before we destroy what is left of the supply of logistics and transport chains that we have in this country,” he said.

Mbalula highlighted during an address to the National Council of Provinces earlier this month the urgent national importance of restoring and modernising the country’s rail infrastructure.

He said the White Paper on National Rail Policy approved by cabinet in March 2022, and tabled in parliament, seeks to enable the government to implement the ambitious policy choices it has made, including radical structural reforms that not only seek to bring about competitiveness of the railway system but also enable private sector participation through concessions.

“These choices will enable us to bring about the rail renaissance.

“The Rail Policy is geared to dramatically transform rail infrastructure planning and intends to give further impetus in positioning rail as the backbone of both freight transportation and urban commuter mobility,” he said.

However, Mbalula admitted South Africa finds itself in a situation where the current funding sources available are proving inadequate to allow Transnet Freight Rail to meet the level of service and infrastructure investment required to address rail-friendly freight and give impetus to moving 10% of cargo from road to rail.

Mbalula said the concessioning of branch lines and the access of branch line operators to the main line will form a critical part of the Rail Private Sector Participation Framework to be developed by his department this financial year.

“This framework will cover different forms of participation, a clear procurement framework and the role of rail economic regulation.

“The revitalisation of the branch line network will provide focus on specific business opportunities and promote the shift of freight from road to rail,” he said.

Automobile Association (AA) spokesperson Layton Beard said there are a lot of potential benefits to moving freight from road to rail, including reducing the pressure on the road network and possibly reducing costs to the consumer.

He said the reason this issue is back on the agenda is because of the fatal Pongola accident but that the discussion should focus on road safety.

Beard noted that South Africa is ranked poorly globally in terms of road safety, saying there are a number of reasons for this, including driver behaviour, which is influenced by the lack of traffic law enforcement.