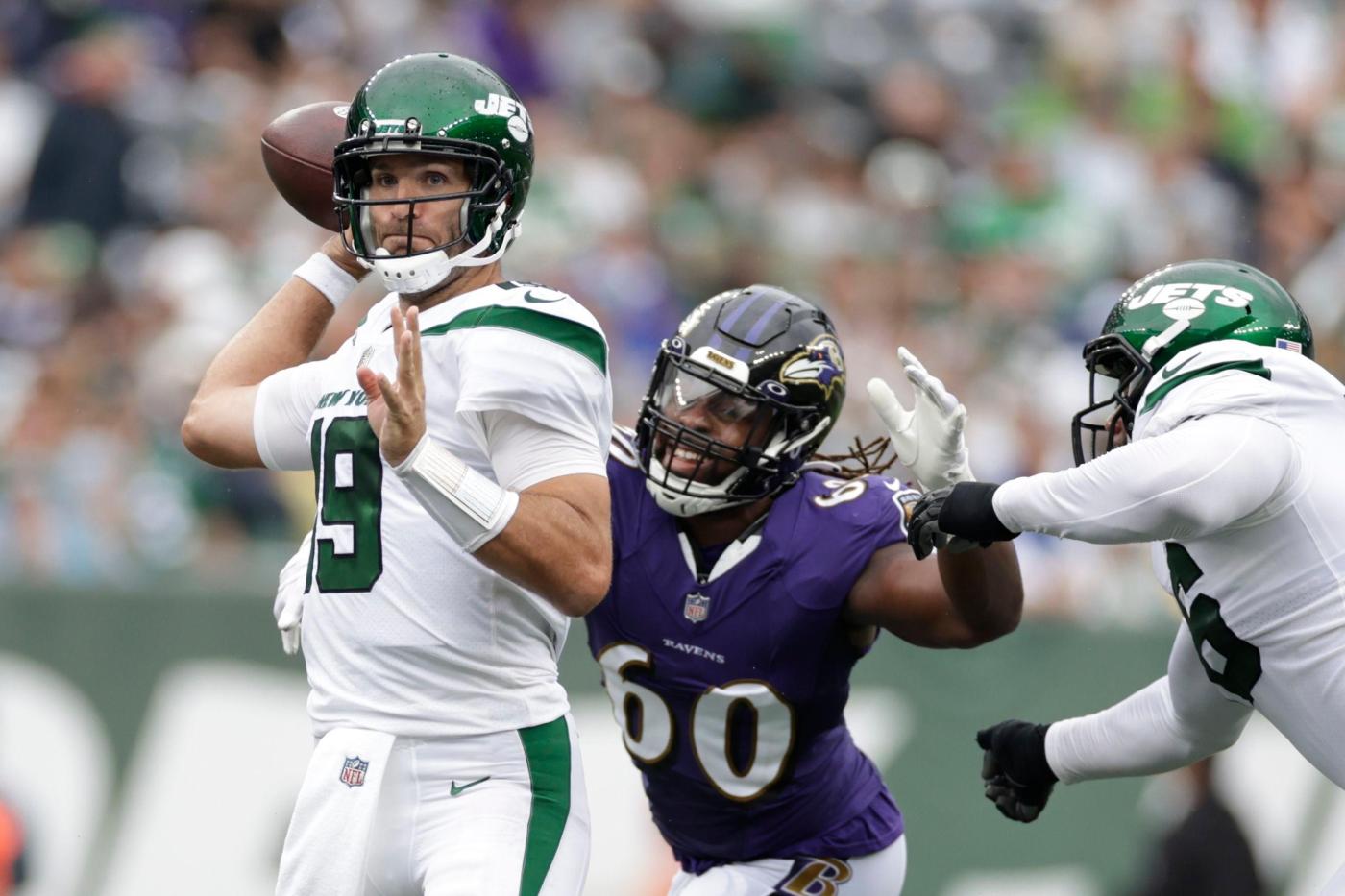 Fans were chanting for Mike White during Sunday’s 24-9 ugly loss to the Baltimore Ravens at MetLife Stadium.

Despite the displeasure from fans in the stands and on social media, the Jets are sticking with their Week 1 starter.

“There was no thought of serious change with Joe,” Saleh said. “It’s one game. I know the quarterback gets a lot of the positives and the negatives … there was a lot of things we can do as a team to help him out during the game too.

“When you look back at the game when he had a clean pocket, he was very efficient. It is the offensive line’s responsibility to give it to him and for him to deliver the ball where it needs to be and get off certain reads.

“I thought he handled the huddle well, we just stalled in the sense of when the pocket collapsed and things were off, especially in the first half.”

Flacco and the Jets’ entire offense struggled against the Ravens as Gang Green couldn’t find the end zone until just over a minute left in the game.

Flacco dealt with decision-making and accuracy issues at times. He also was a sitting duck behind an offensive line that allowed three sacks and hadn’t played together prior to Sunday’s contest.

The Jets placed starting left tackle Duane Brown on injured reserve before the Week 1 game after he hurt his shoulder in practice. That forced George Fant to move back to left tackle. That also inserted rookie fourth-round pick Max Mitchell to right tackle.

The offensive line results were not good as Fant recorded a 56 grade in pass blocking, according to Pro Football Focus. Mitchell (50.1) also yielded less than stellar results.

Then there’s Laken Tomlinson, who was signed during the offseason.

In his first game with the Jets, Tomlinson had an overall grade of 38.6, which was tied for the lowest offensive grade of any offensive player (Lawrence Cager).

Flacco did complete 37 of 59 passes for 307 yards. However, a lot of that was during garbage time when the game was already decided. Flacco will likely get one more start in Week 3 as starting quarterback Zach Wilson is expected to miss the next two games after a meniscus trim last month.

Flacco understands what needs to change, but he is confident the Jets will play better as the season progresses.

“I felt like those guys did an awesome job fighting and doing that for a full 60 minutes,” Flacco said about the offense. “Little details will come together as we come along.

“As long as the foundation of the toughness part of it and getting after people is there and being able to fight for the whole game, then all of those little parts will come as we come in here every week and get ready for our opponent.”

This week won’t get any easier for Flacco and the offense. Cleveland’s defense was solid in its 26-24 victory over the Carolina Panthers. The Browns only allowed 261 yards in the win, which was the fifth fewest among all teams in Week 1.

So the Jets and Saleh know they will have their hands full trying to slow down Garrett and the Browns pass rush.

“You have Myles, you have [Jadeveon] Clowney, their interior is really good,” Saleh said. “They fly around, their secondary is tight in coverage, their linebackers are fast.

“It is going to be a tremendous challenge as it looks like Myles is on a mission. It definitely has everyone’s attention.”