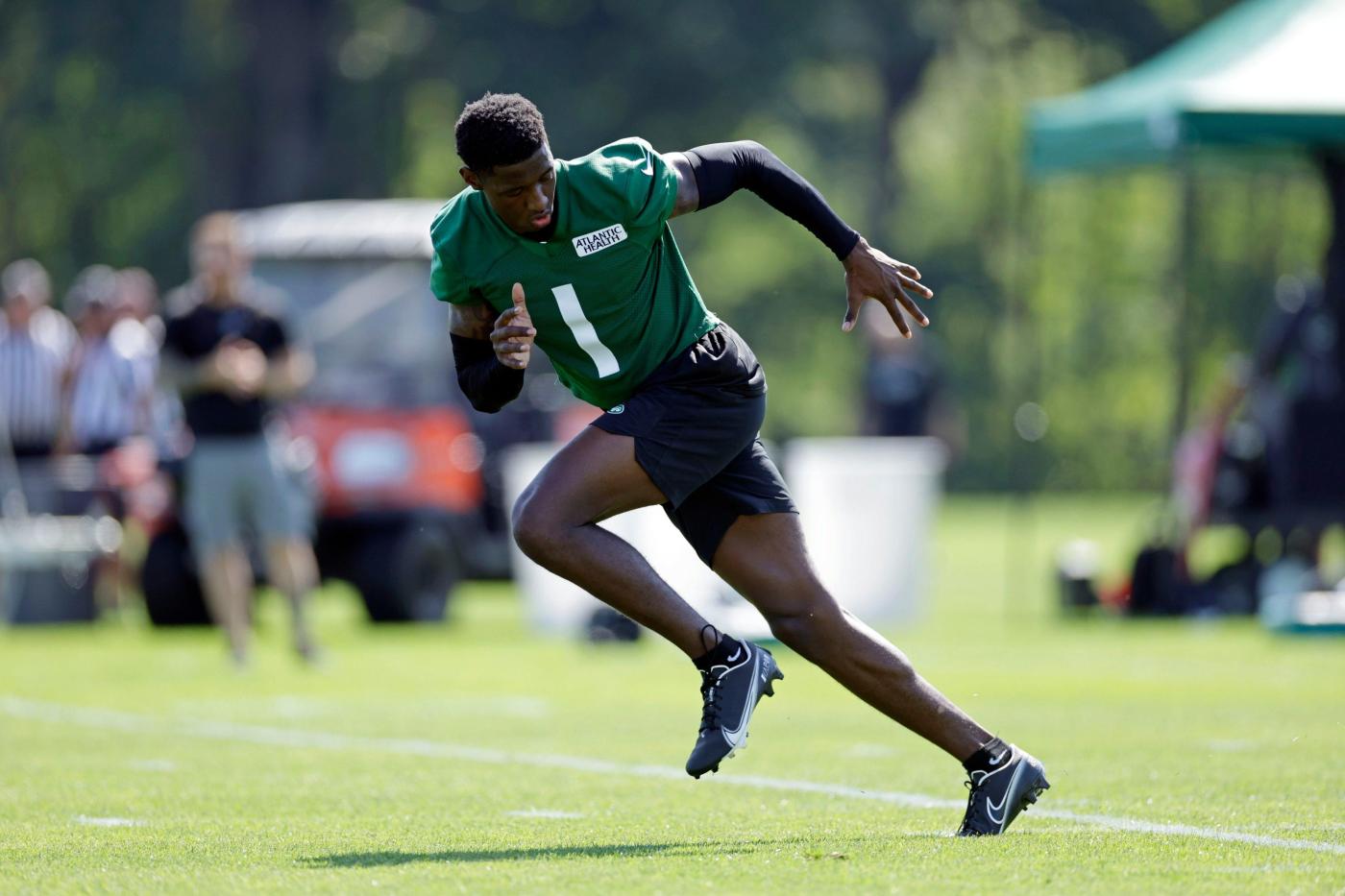 He’s the fourth overall pick, the reward for losing 13 games last season, so the assumption is Ahmad ‘Sauce’ Gardner will be the starting cornerback in Week 1 against the Ravens.

But coach Robert Saleh was again unwilling to make that declaration in training camp – just as he didn’t two months ago during OTAs — saying Friday that the 21-year-old rookie has much to prove about his NFL readiness.

Saleh said Gardner and Bryce Hall, 24, have been splitting reps at left corner ahead of the preseason opener Aug. 12 in Philadelphia. Quincy Williams is projected to start on the right side.

What does Gardner have to demonstrate to earn the nod?

“That’s a good question,” Saleh said. “I think it’s one of those, you know when you’ll know. But him and Bryce are alternating days and reps in terms of getting feel for going against different receivers. They’re both getting those opportunities and they’re doing a good job competing and helping one another out. He’s doing a good job and we’ll know when we know.”

Despite Saleh’s hesitancy, it’s hard to believe Gardner would begin the season on the bench. The investment from Joe Douglas is too much as the top pick and the four-year, $33.5 million guaranteed deal.

SPEAKING OF THE DEFENSE …

The Jets added a backup linebacker in Kwon Alexander, a 27-year-old who is familiar with Saleh’s system as a former member of the 49ers.

Saleh said Alexander had options before accepting the Jets’ offer.

“We’ll see where he’s at,” Saleh said. “Obviously he wasn’t here for OTAs. So we’ll work him out the next two days, (Friday) and (Saturday), and see where he’s at and set a schedule for him next week.

“But no expectation except to do what he always does which is to bring a lot of juice, lot of energy. He plays his absolute tail off.”

George Fant, the starting left tackle with one year left on his deal, said he wasn’t going to get into his negotiations for a new deal but offered

Fant’s bank account was probably boosted by the Jets’ decision to keep him left tackle and move Mekhi Becton to the other side. Historically, left tackle is the more lucrative position.

It was a somewhat surprising move since Becton was the 11th overall pick just two years ago, but injuries and fitness issues led to an underwhelming first two seasons.

“Today was a really good day for him,” Saleh said. “I just had a small talk as we were walking off. It’s not getting easier, he’s just getting stronger. And he’s just got to continue to strengthen himself and push himself to the brink of exhaustion and just trust that discomfort is going to help him get better.”

Fant said he didn’t need to talk to his teammate after he was given the full-time left tackle position, which was once earmarked for Becton.