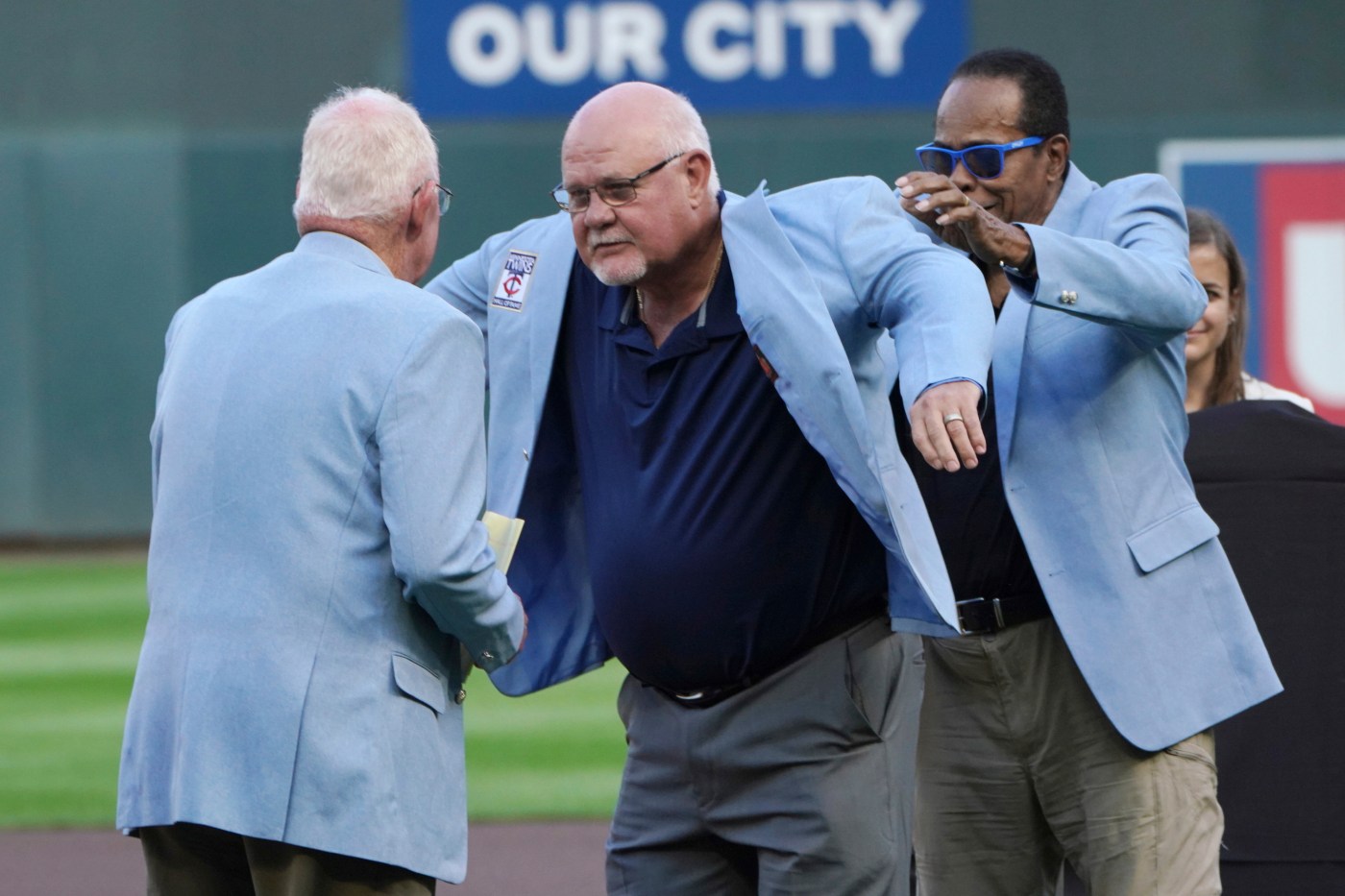 Rocco Baldelli’s outburst earlier this month that saw him angrily throw his hat, animatedly argue with a pair of umpires and then kick dirt across home plate sure caught the attention of one of his predecessors, who loved every moment of it.

“Oh my God, that was the best ever,” former Twins manager Ron Gardenhire said. “That was good stuff right there.”

Gardenhire, of course, is plenty qualified to commentate on these types of things. The fiery, passionate longtime manager is seventh all-time on Major League Baseball’s managerial ejections list.

But while he was well known for that, that was just a sliver of what endeared him to both players and fans during his tenure in Minnesota. And for a decorated career that saw him win a World Series ring as the Twins’ third base coach in 1991 and then later take over as the Twins’ manager for 13 seasons, Gardenhire was inducted into the Twins’ Hall of Fame on Saturday.

He became the 36th person to be inducted to the team Hall of Fame. Former players Dan Gladden and César Tovar (posthumously) will join him when they are inducted on Sunday.

The induction ceremony, which was emceed by longtime television broadcaster Dick Bremer, included an introduction from Kelly, Gardenhire receiving his powder blue Hall of Fame coat from Rod Carew and ceremonial first pitches thrown by two of Gardenhire’s grandchildren. During his speech, which lasted around 10 minutes, Gardenhire gave a nod to a group of former players who traveled to Minneapolis to be there for his big day.

“This group of guys, some of them got me fired,” he quipped at his former players.  “ … And I still love them to death. They made me better. They gave me an opportunity to coach and manage and let them play the game.”

Gardenhire said he had a sense a number of them would show up — some phoned to say that they would once they heard he would be inducted — but actually seeing them there made him feel as if “you made an impression on some people.”

A few current Twins players were in the dugout watching the ceremony, too, including Jorge Polanco, who played for Gardenhire very briefly in 2014, and reliever Caleb Thielbar, who played for him in 2013-14.

“I just enjoyed him as a man. He’s a good man. He treated us well,” Thielbar said. “ … (He) really cared about us more as people than just ballplayers.”

That’s a common refrain from his former players, of which there are hundreds. Joe Mauer, Justin Morneau, Michael Cuddyer, Torii Hunter and Joe Nathan were among those in attendance on Saturday and others, like A.J. Pierzynski, taped video messages that were shown on the scoreboard.

Keeping track of all of those players wasn’t always the easiest thing. Gardenhire, who managed the Tigers between 2018-2020 before his retirement, showed up to spring training early during his tenure there and, true to his nature, was bluntly honest with his new team.

“(He) said, ‘You know, I’m going to try to learn all your names. If I call you buddy, it means I haven’t learned your name yet,’ ” Twins reliever Michael Fulmer, who played for Gardenhire in Detroit, said of one of the first days in spring training with Gardenhire.

And in response, Fulmer and a couple of other pitchers had a clubhouse attendant print the name “Buddy,” on the back of their jerseys to wear around. Gardenhire, Fulmer said, didn’t take long to learn his name, and the two wound up bonding over their shared Oklahoma roots.

“He’s the ultimate players’ manager is what I’d describe him as,” Fulmer said. “He’d keep things always light, fresh. He was brutally honest, which is what you want in a manager. … Gardy was awesome. It was a pleasure playing for him and I’m happy he’s getting inducted in the Twins Hall of Fame.”