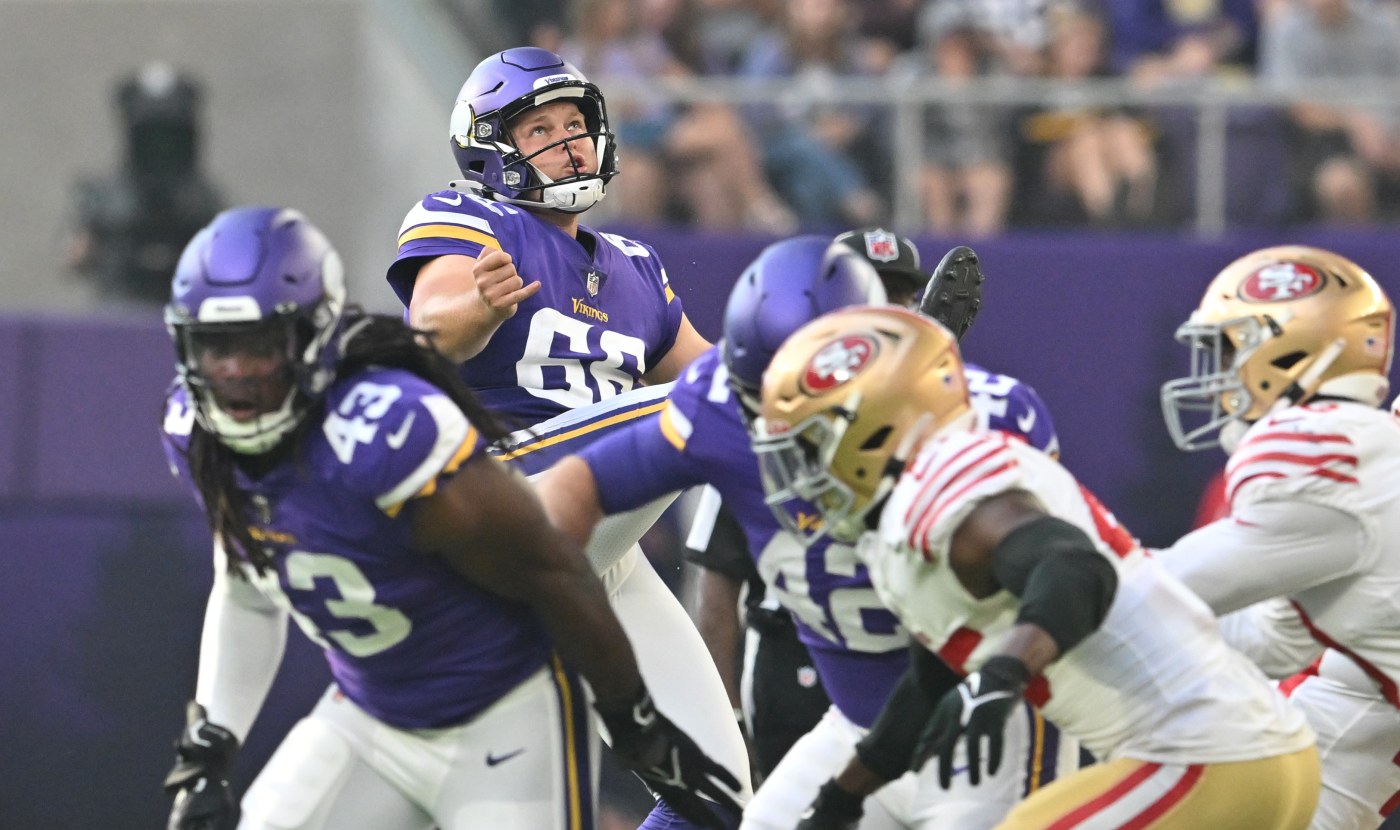 That left open the possibility that the Vikings still could re-sign Berry or find another punter off the waiver wire. So did that put any pressure on Wright entering Saturday night’s preseason finale at Denver?

“I don’t feel pressure,” said Wright, who was signed in May after being undrafted out of Tulane. “I feel confident in my ability.”

All Wright did in the 23-13 loss to the Broncos at Empower Field was on four punts average 56.3 yards gross and 50.3 net. In the second half, helped by the high altitude, he had a boot of 68 yards that was downed at the Denver 2 and another of 71 yards gross and 51 net.

“He had a great night,’’ O’Connell said. “There’s a reason we made the initial roster move we did because we wanted Ryan to feel like he could come to the game (Saturday) and have the mindset that he was the punter and  … show us how he could further enhance the positive feelings we have for him. … He only enhanced himself with me… I was really pleased with Ryan and how he responded to the situation we put him in.”

The Vikings must be down to the 53-man roster limit Tuesday. And it would be a huge surprise if Wright isn’t their punter in the Sept. 11 regular-season opener against Green Bay.

“I believe I can be the Vikings punter,’’ he said. “Obviously, we’ll see what happens.”

Wright also has looked good as the holder for kicker Greg Joseph. On Saturday, Joseph made all three of his kicks, an extra point and field goals of 46 and 58 yards.

“The Vikings gave me a really great opportunity,’’ Wright said. “I’ve got to give some credit to Jordan Berry, though. He’s been a really big mentor for me and helped develop me to be an NFL punter.”

Still, Wright said there is plenty of room for improvement. He said that even his 68-yard punt could have been better.

“Obviously, in another stadium it might not travel as far because of the thin air and I would love to get more hang time on that,’’ Wright said.

Later in the third quarter, Wright had the 71-yard boot that rolled into the end zone. Touchbacks are often frowned upon for punters, but nobody was complaining about that one.

“When you net 51, it’s hard to say, ‘I wish we got it inside the 20,”’ said long snapper Andrew DePaola. “He did his job and flipped the field and that’s what we asked of him. … He’s been hitting great balls. It’s been awesome.’’

Wright isn’t the only Vikings specialist being raved about. Joseph has had a banner training camp and preseason, and it continued Saturday. He finished the preseason having made all four of his field-goal attempts and all four of his extra points.

“Greg Joseph has been just crushing it,’’ DePaola said. “He’s been awesome. I don’t really like to talk to him during games. I kind of let him do his thing, but he’s been in the zone. He’s been fun to watch and fun to work with,”

Joseph has regularly been making kicks of 58 yards or more in practices. And he routinely hit the 58-yarder on the first play of the fourth quarter Saturday as if he were at a practice.