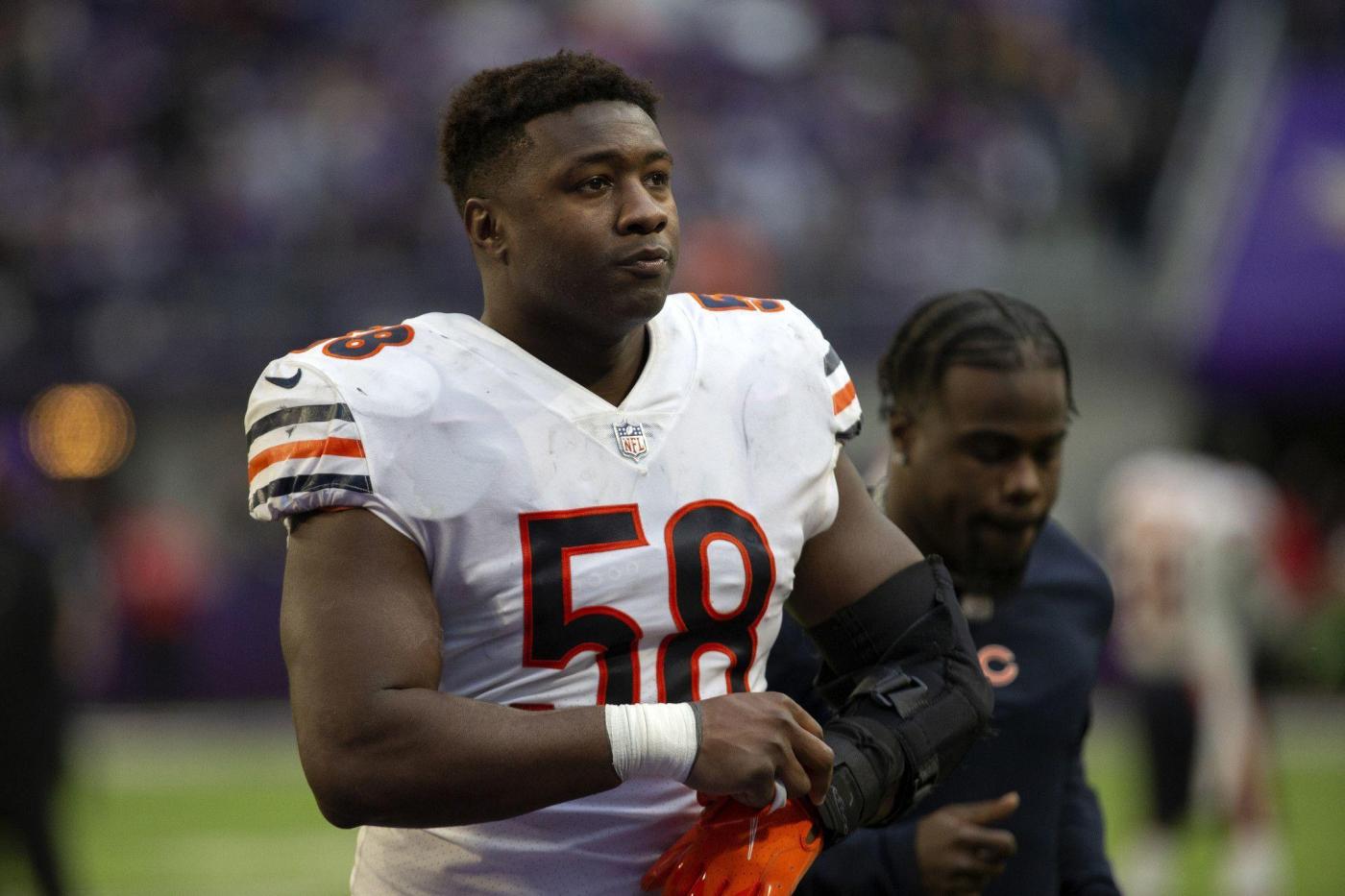 Whether the Bears now will discipline their star linebacker remains a question.

After Smith sat out his 13th training camp practice amid stalled contract negotiations, Eberflus said the Bears front office would work out any possible discipline “when the time comes.”

The Bears took Smith off the physically unable to perform list Wednesday to signify he is healthy enough to practice. He was on the list the first two weeks of training camp as he and Bears general manager Ryan Poles talked through the potential of a new contract. But Smith released a public statement Tuesday requesting a trade because he said the team had “refused to negotiate in good faith,” and his removal from PUP followed Wednesday.

On Thursday, Smith walked onto the field in his jersey and shorts midway through practice and watched from the sideline.

“We expect all of our healthy players to practice, and that was his decision,” Eberflus said. “Like I said, you have to ask him (why). I have not talked to him about it.”

The Bears did not make Smith available to reporters because he didn’t practice.

Eberflus didn’t provide insight into where things stand between the Bears and Smith. Eberflus said he didn’t know if Smith would continue to sit out practices until he has a new deal.

The Bears coach wouldn’t comment on whether there’s any benefit to Smith watching practices on the sideline, and didn’t provide details of what discipline, including fines, is available to the Bears.

However, Eberflus did provide an answer on how to approach the discord between Smith and the team.

Eberflus said he is approaching the situation by “being respectful to everybody in the building.”

“Do I certainly know what Roquan’s going through? I don’t know,” Eberflus said. “I’m not in his chair. I don’t know that. You never put yourself in another man’s shoes. His perspective may be something different. That’s where he is. I’m going to be respectful of that.”

Smith was one of a long string of players who sat out Thursday, the final practice before Saturday’s preseason opener against the Kansas City Chiefs at Soldier Field.

Eberflus provided positive updates on running back David Montgomery, tight end Cole Kmet and cornerback Kyler Gordon. He said Montgomery and Kmet were going to be fine, though he doesn’t expect either to play Saturday. Gordon is getting close to returning after missing a handful of practices.

“When players miss time on the grass, the actual playing of the game, working on the fundamentals and techniques, that hurts,” Eberflus said. “That hurts our football team and hurts their development. So we just try to get those guys back as soon as possible. I tell the players, ‘Your body will tell you when you’re ready. When you’re ready to go, let’s get back out there and let’s go.’”